The 10 Best Places in the World to Retire

I’m always curious to see the latest best places in the world to retire rankings from expat experts. But I have to tell you: Some of the Top 10 spots on the new 2016 Retire Overseas Annual Index, from Live and Invest Overseas, made my head spin like a globe.

No. 2, Valletta, Malta? (Could you find it on a map?) No. 5, Ljubljana, Slovenia? (Could you spell it? Pronounce it?) No. 6, Kota Kinabalu, Malaysia? (Same questions; pardon my provincialism.)

I suppose part of the fun of dreaming about far-flung places to retire is learning about ones that are unfamiliar. On that score, the Live and Invest Overseas folks have a winning list. And it's worth noting that this year’s No. 1 place, the scenic beachfront region of Algarve, Portugal, often shows up on great places to retire lists. (It was No. 1 on Live and Invest Overseas’ 2015 and 2014 lists, too.)

Below is the Top 10 list, followed by an explanation of how the creators came up with it; you can read about each place in the slideshow at the bottom. You’ll note that four in the Top 10 are in Europe, three are in North America and the Caribbean (two of those are in Mexico); two others are in Central America (both in Belize) and one’s in Asia. And nearly all are not just peachy, according to Live and Invest Overseas, but beachy.

The way author, entrepreneur and international retirement expert Kathleen Peddicord and her Live and Invest Overseas team come up with their annual ranking is part objective, part subjective. They gather local data in 12 categories (from climate to taxes to health care to cost of living to entertainment to existing expat community), weighted equally, and get on-the-ground opinions from correspondents; this year's list has 21 winners overall.

Why Algarve and Valletta Are Tops

Peddicord says Algarve has “everything the would-be retiree could want — great weather, an established and welcoming expat community, top-notch health care, an extremely affordable cost of living (a retired couple could live comfortably on as little as $1,400 per month), undervalued and bargain-priced property buys, including right on the ocean, a great deal of English spoken thanks to the longstanding British presence, First World infrastructure and easy access both from the United States to and from all Europe.”

Valletta, Malta, according to Live and Invest Overseas is “quintessential Mediterranean Europe — from its weather and food to its history and culture.”

Sometimes, places bubble up on the Live and Invest Overseas list in a given year because they've become more affordable. That’s one reason why four European spots — and two Mexican areas — made the 2016 Top 10.

“The strong dollar is helping from a budget perspective. That helped bring Europe back into the mix,” says Simon. “People think, ‘I can’t afford to retire there, but the Euro has been about a buck ten for the last year or so, which is much more affordable than if it was a buck sixty.”

In fact, Simon says, the current currency exchange rate is so favorable to Americans, you might want to “buy a retirement home in Europe now. Then your real estate costs are locked in and you can create a buffer should the currency go against you.”

And sometimes, tweaks in the methodology either boost or nick potential retirement locales around the world.

I wondered, though, how the new list could be so different from the one Live and Invest Overseas published in January 2016, where Medellin, Colombia; Pau, France; Abruzzo, Italy; George Town, Malaysia and Chiang Mai, Thailand were in the Top 10, but the current list’s Valletta, Ljubljana, Kota Kinabalu, Playa del Carmen, Crete and Ambergris Caye were not.

Peddicord’s explanation: The January list consisted of her personal picks; the new list, which is described in great detail in a Live and Invest Overseas 211-page report, comes from her data crunchers and correspondents.

“This is much more data intensive,” Peddicord notes. “We invest months of research and have dozens of editors and researchers involved.”

One thing to keep in mind, says Simon: “No place anywhere is perfect.” Even some of this year’s Top 10 places scored low in certain categories. Valletta, the report notes, has poor air quality; the two Belize communities get D's for health care and Kota Kinabalu scores a D+ for infrastructure. 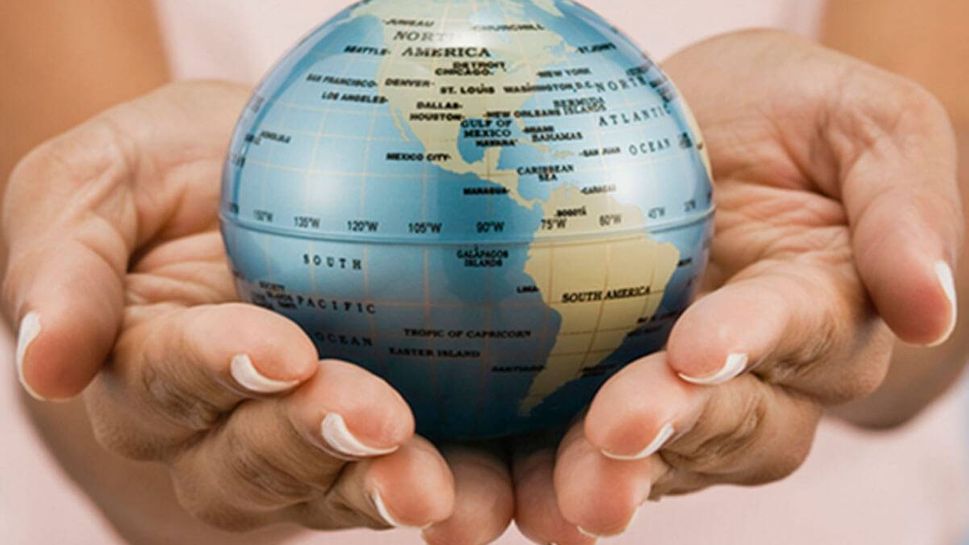 Live and Invest Overseas is out with its 2016 Best Places to Retire Overseas Annual Index and what follows are thumbnail descriptions about each of its Top 10 places. Four are in Europe, three are in North America and the Caribbean, two are in Central America and one is in Asia. 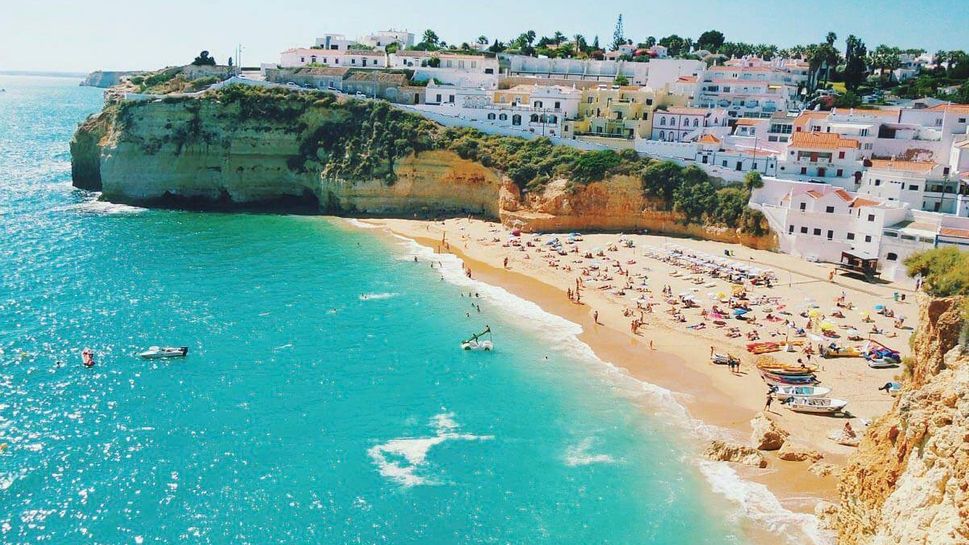 Described as “an inexpensive Old World destination” (monthly budget: $1,476) with “more sunny days than almost anywhere else in Europe” and “some of the best golf courses in Europe,” this area on the southwest tip of Portugal is No. 1 on the Live and Invest Overseas annual list for the third year in a row. It’s an all-around winner, snagging A+ grades for health, cost of living, recreation, crime and taxes and A’s and B’s in all the other categories. Nearly everyone speaks English, too. But the nearest big airport is 2½ hours away, in Lisbon. The safe, tiny capital of the small Maltese archipelago south of Sicily, Valletta offers weather, food, history and culture that are “quintessential Mediterranean Europe,” according to Live and Invest Overseas. And the rankings staff gives Valletta an A+ for health (though they describe the air quality as poor).

Since the country’s second official language is English, the friendly locals speak it fluently. As for weather, think southern Spain. Malta’s Global Residence Program for non-EU citizens lets you obtain residency by renting or buying real estate. One plus: you won’t need a car. One minus: the nearest major connecting airport is a two- or three-hour flight. 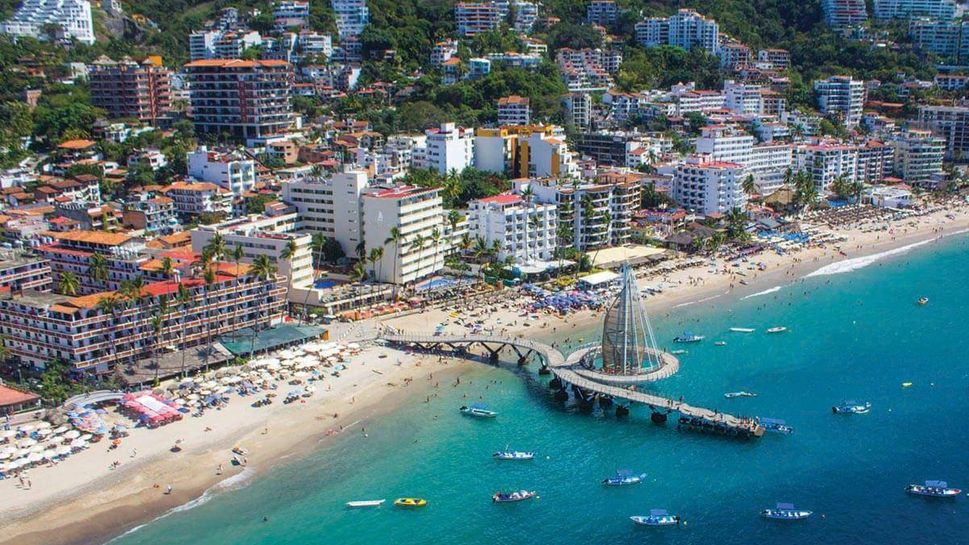 Live and Invest Overseas calls Puerto Vallarta — known locally as PV — “a developed, luxury-level Pacific Ocean resort town with history and charm.” More than 40,000 expats live here; mostly North Americans. As a result, Puerto Vallarta scores an A+ for its expat community. It gets A’s and B’s in all the other categories. The sport fishing haven is convenient, too: there’s an airport nearby with direct flights back to the states. Cayo is a “leave-the-world-behind, embrace-the-simple-life, off-grid paradise," says Live and Invest Overseas. Belize makes obtaining permanent residency extremely easy and gets an A+ for taxes; it’s also the only country in the 2016 Retire Overseas Index where English is the single official language. Although Cayo is “an outdoorsman’s paradise,” it has two serious drawbacks. The ranking’s editors call it a “culture vulture’s bad inferno” and say that health care isn’t up to international standards here, or anywhere in Belize. Along with another first-time winning destination (Crete, Greece), Ljubljana is described by Live and Invest Overseas as a “bargain choice in the Old World” and “one of Europe’s unknown gems.” A couple could live in the safe Central European capital of mountainous Slovenia — between Italy and Croatia — on under $1,500 a month.

Beaches are an hour away and ski resorts are easily accessible (yes, it snows in Ljubljana). But, with a 22 percent sales tax, the country only scores a C for taxes in this ranking. What you won’t find in Ljubljana: many U.S. expats or any direct flights to America. “A breakout destination” featured for the first time among Live and Invest Overseas’ top picks, this laid-back, inexpensive (monthly living cost: about $1,155) and highly walkable beach destination is described as “an incredibly welcoming place.”

And, Live and Invest Overseas says, Malaysia — a former British colony — “actively encourages foreign residents to relocate here” with an “incentive-packed residency visa called Malaysia My Second Home (MM2H).” There’s never snow, but you could run into a monsoon. But getting there or back is not much fun: there are no direct flights to the United States. It’s home to more than 10,000 foreigners — about 7 percent of the population — helping to explain why the area gets rated A+ for its expat community. Roughly 65 percent of real estate buyers now are Americans, due to the strong dollar and Playa del Carmen scores an A+ for its low cost of living (estimated at $1,161 a month). Nearly everyone here speaks English, too. 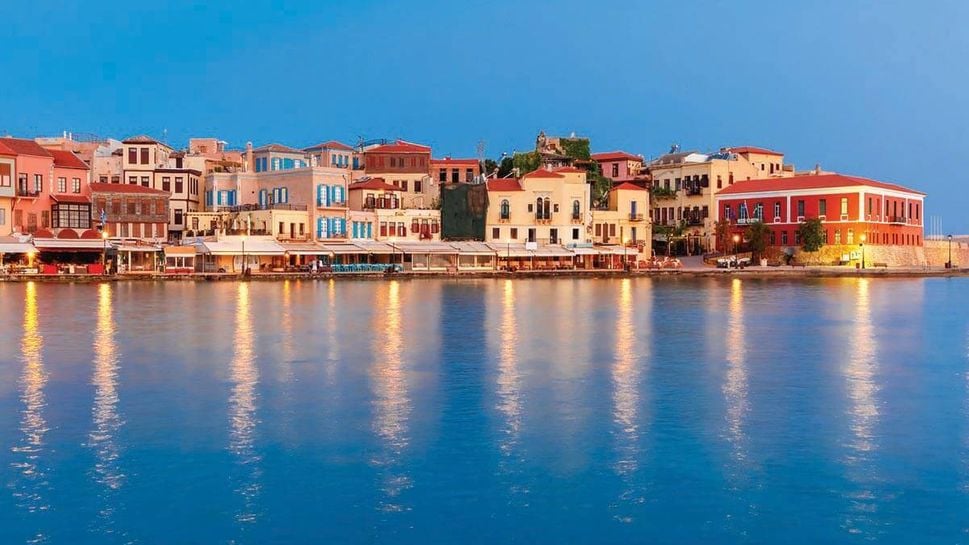 The largest Greek island (slightly bigger than Maine) with more than 1,000 miles of coastline and three international airports, Crete has “vibrant, picturesque little towns, stunning beaches, mountains and countryside,” according to Live and Invest Overseas. It also scores an A+ for cost of living; a couple can live on under $1,200 a month.

Crete has been a popular retirement spot for British expats for decades. Although health care gets high marks, you won’t find any nurses in hospitals on Crete; families are expected to care for all patients’ needs, say the ranking’s editors. And, the editors say, if you want modern culture, you’ll need to head to the mainland. Live and Invest Overseas publisher Kathleen Peddicord calls Las Terrenas “one of the most interesting expat communities I’ve encountered anywhere in the world. Her data crunchers give this quiet, relatively isolated beach town an A for taxes and an A- for cost living, noting that health care is “extremely affordable,” though “the standard [of quality] can be poor.” Worth noting: American expats are few and far between and the major international airport is about two hours away. Live and Invest Overseas calls the sailing paradise of Ambergris Caye “a bustling tourist destination with world-class restaurants, wine bars, great night life, tons of live music and a broad variety of activities and pastimes.” And Belize has many lures for foreign retirees, including low taxes, an easy system to obtain permanent residency and English as the single official language.

Ambergris Caye gets an A+ for its expat community; roughly 10 percent of the permanent population is expat. There’s no hospital here, however, and Live and Invest Overseas says health care anywhere in Belize “isn’t up to international standards.” One other consideration: you’ll need to travel a couple of hours to the airport.

And, of course, the factors that matter to you in choosing a place to retire might not match with what the number crunchers looked at. With those caveats, happy retirement home hunting!

Richard Eisenberg is the Senior Web Editor of the Money & Security and Work & Purpose channels of Next Avenue and Managing Editor for the site. He is the author of How to Avoid a Mid-Life Financial Crisis and has been a personal finance editor at Money, Yahoo, Good Housekeeping, and CBS MoneyWatch. Read More
Advertisement