Many are safe college towns that are very walkable 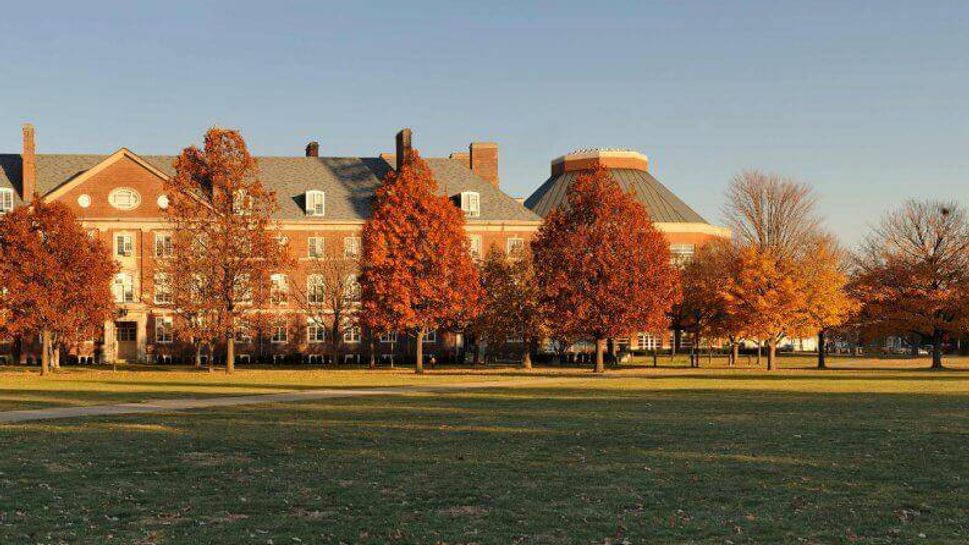 How The Top 10 Were Chosen

(This article previously appeared on GoBankingRates.com.)

Retiring well is not easy. Sure, we would all like to discover the way to save $1 million or more for retirement. Alas, most retirees are not sitting atop a Fort Knox-sized nest egg. Among households with retirement savings, the median amount is just $104,000 for those age 55 to 64 and $148,000 for those age 65 to 74.

Such modest savings make it difficult to keep up with expenses during retirement. (Americans 65+ average nearly $44,686 in annual expenses, according to the Bureau of Labor Statistics. ) But you don’t have to put your retirement on ice even if your net worth does not quite approach that of King Midas.

GOBankingRates ranked U.S. cities to find great places to retire on $1,000 a month. The ranking considered several local factors, including:

Each city was given a weighting for each of the criterion and was ranked based on the overall score. Avoid making a big mistake during your golden years and instead consider one of the following 10 great places to retire, many of which are college towns (you can find places ranked No. 11 to 25 here). 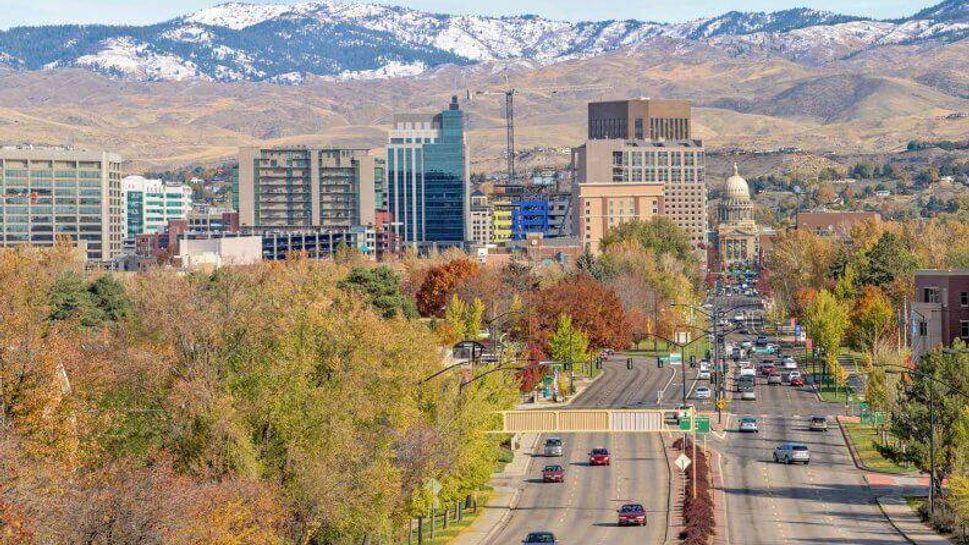 Boise is situated along the Oregon Trail in the Pacific Northwest. If you enjoy the outdoors, you will appreciate the scenic local mountains and canyons, the mild winters and the low humidity. Boise State University hosts a jazz festival each spring, and there are a variety of museums and cultural events. According to TopRetirements.com, Boise has various restaurants in a European-like downtown district called “BODO” (Boise downtown). 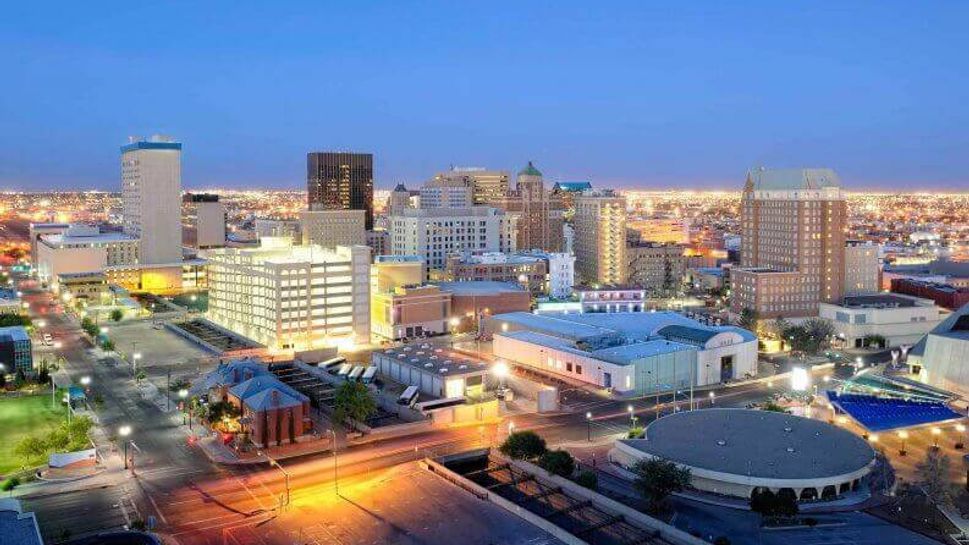 El Paso is near the Mexican border and the Franklin Mountains. The city has four private golf courses, and there are state parks nearby. El Paso is considered very safe and is unofficially known as the “Mexican food capital” of the U.S., according to Best-Place-To-Retire.com.

The city has a new Triple-A baseball stadium, a historic theater, museums of art and history, and the El Paso Holocaust Museum. 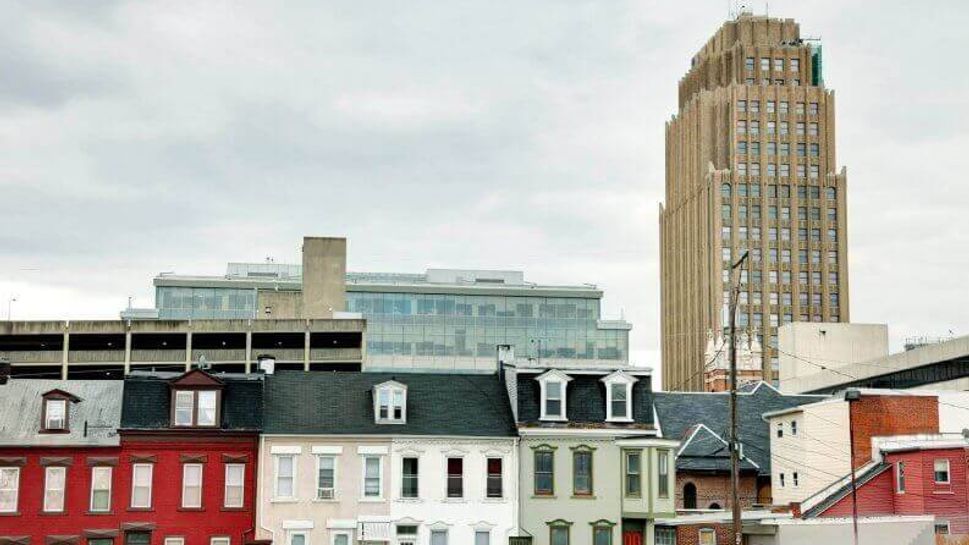 Allentown is located in eastern Pennsylvania and is not too far from Harrisburg, New York and Philadelphia. The area, known as the Lehigh Valley, is both urban and rural at the same time.

The climate is cool in the spring — with lows in the upper 40s and highs in the low 60s — and summers are mild, with cool nights. There are many elder care facilities, and the city is considered safe and accessible. 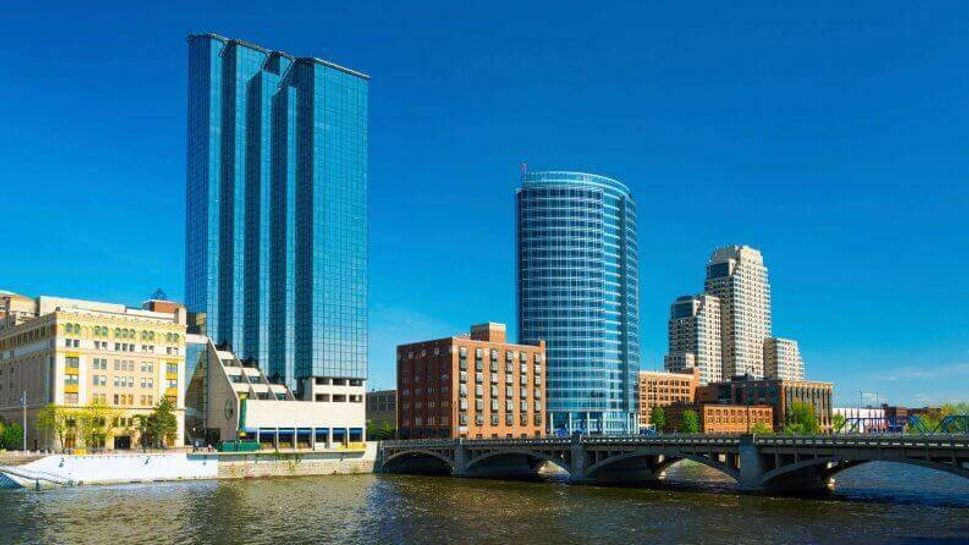 Described as a top destination for retirees by MLive, this city is situated in western Michigan and is only about 30 miles from Lake Michigan. The city’s Heritage Hill Historic District is one of the largest urban historical districts in the nation.

The city gets a lot of snow — 72 inches per year, on average — but summer temperatures are a pleasant 82 degrees. Grand Rapids has theaters, performing arts venues and botanical gardens.

The Only in Your State website lists Champaign-Urbana as one of the top 10 towns for retirees in Illinois. It is a college town (University of Illinois) replete with cultural events and learning opportunities where retirees can attend free lectures and events. Also, the cost of living is reasonable, and the town has a serene and tranquil feel. 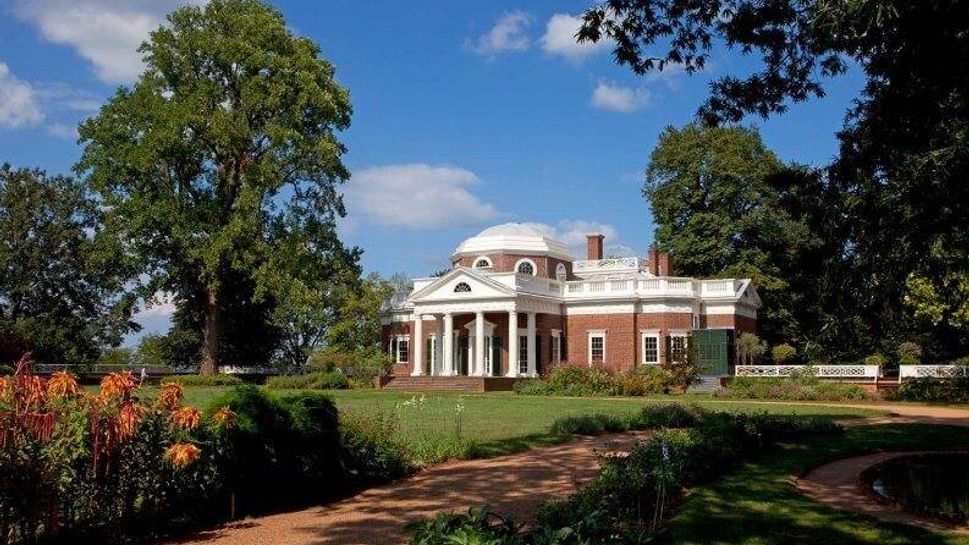 Charlottesville is a college town (University of Virginia) with sporting and cultural events, near mountains and lakes that attracts retirees from the nearby cities of Washington, D.C., Philadelphia and New York.

Although the city gets around two feet of snow in the winter, it has four distinct seasons. For gardeners, the growing season is ideal, extending beyond 200 days. The city is also close to mountains, golf courses and lakes.

The university's Medical Center hospital provides specialist treatment for illnesses such as heart disease, cancer, and digestive and neurological disorders. 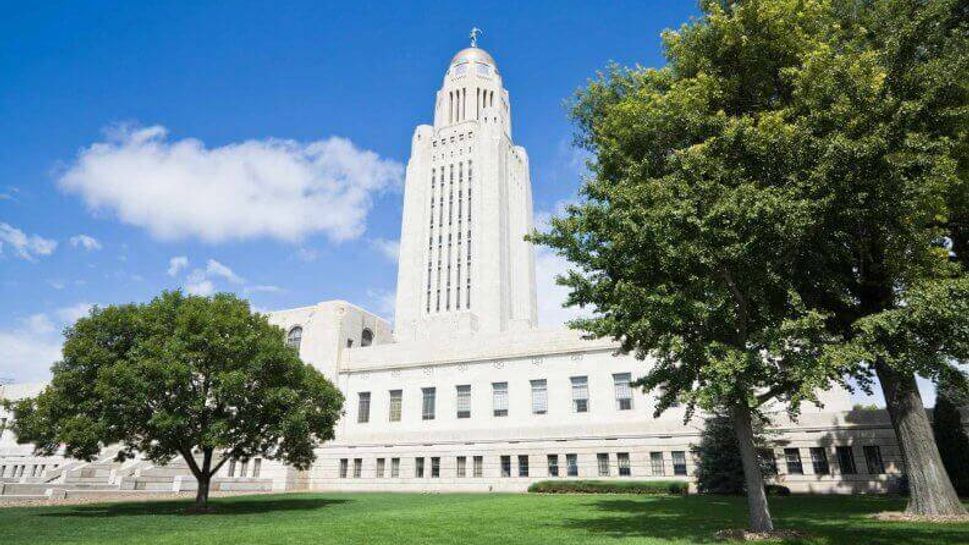 The state capital, Lincoln is a large city with 250,000 inhabitants and few suburbs. It is also a college town (University of Nebraska), with more than 100 parks and a variety of neighborhoods with interesting architecture, such as the historic Bungalow District. The city has a low cost of living and a low unemployment rate.

Cultural venues, aside from U of N, include Pershing Center, the Lied Center for Performing Arts and the Douglas Theatre. The Sunken Gardens and the Great Plains Art Museum round out the attractions. 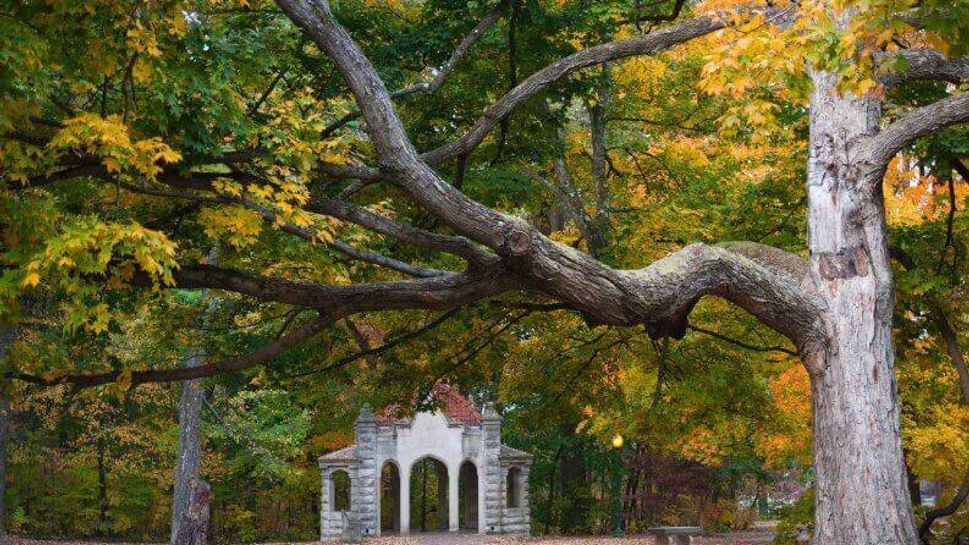 This city, located in the southern part of the state, is the home of Indiana University. Bloomington offers learning programs, day trips and symposiums for retirees; the myriad sporting events and concerts compensate for the cold winters.

Residents ages 60 and older receive 50 percent of tuition for up to nine credit hours of classes at the university per semester, reports Kiplinger.

According to Bloom magazine, “You can see world-class orchestras and sample the culinary scene any night of the week. Plus, that nest egg goes a lot further here [than on the East Coast] because of the reasonable cost of living.” 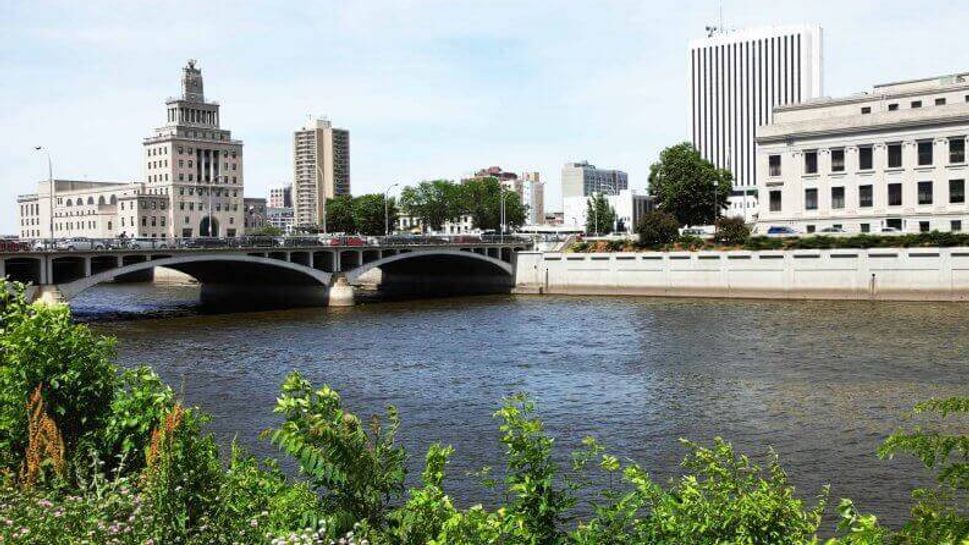 In 2014, the Livability website voted Cedar Rapids — 30 miles from Iowa City — among the top 10 places to retire. There are more than 10 retirement and assisted-living communities within 25 miles of the city.

Located on the Cedar River, Cedar Rapids has 12 neighborhoods. Attractions include the Paramount Theatre and the National Czech & Slovak Museum & Library. 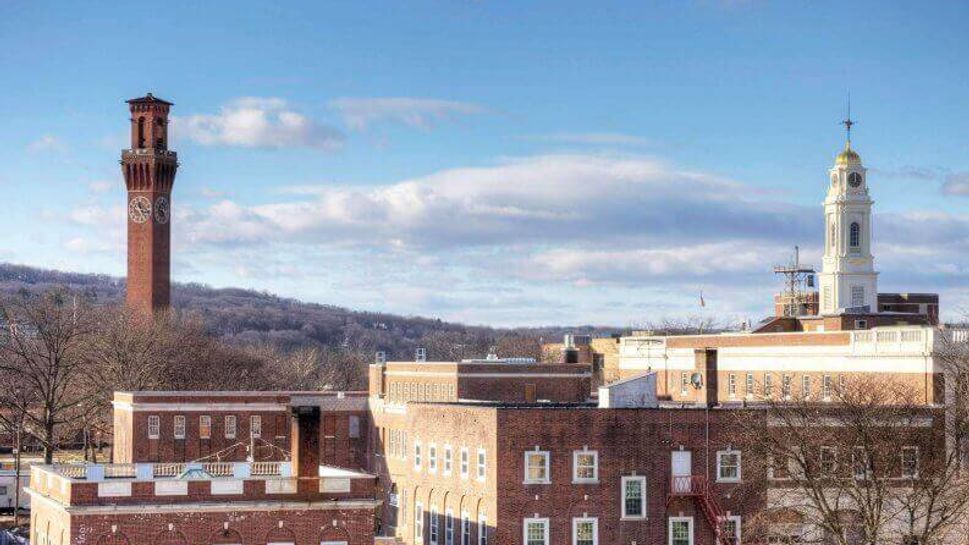 Waterbury is in New Haven County on the Naugatuck River, close to Hartford and New York City. This city has a colonial history, evidenced by its houses; the downtown is clean and has many trees. You will find art and cultural events, and great health care facilities.

With four distinct seasons, summers can be warm and humid, and winters are cool. The maritime influence can bring clouds and fog.

25 Brilliant Retirement Ideas
Best and Worst States to Retire Rich
How Much Money Do I Need to Retire?

Caroline Banton is a finance writer whose articles have appeared on GoBankingRates.com, Huffington Pot, MSN and CBS News. Before becoming a finance writer, she worked at the World Bank developing data and content for the global development institution's annual report. Read More
Advertisement