Meet the 66-Year-Old Dancer in 'In the Heights'

34 years before Lillian Colón appeared in the new film, she was the first Latina Rockette

Watching "In the Heights," the hot summer movie launching in theaters and on HBO Max this week, you'll see the effervescent 66-year-old dancer Lillian Colón. This is the first big film for Colón, a native New Yorker and Puerto Rican who became the first Latina Radio City Rockette in 1987.

The film is based on the Tony-Award winning Broadway musical written by fellow Puerto Rican, Lin-Manuel Miranda. Colón, classically trained in ballet and jazz, dances alongside performers decades younger, nailing high-energy hip-hop and salsa moves without missing a beat.

"There was nobody there my age. I thought, 'Why isn't anybody showing up?'"

The "In the Heights" producers wanted dancers aged 20 to 65, but Colón was the only person in the 50+ category who answered the casting call. Despite grueling rehearsals and performing in 90-degree heat, Colón said she'd do it all over again.

Her story is proof that there is no expiration date on your dreams. Here's a conversation with Lillian Colón about her career, getting into "In the Heights" and the challenges and opportunities for performers 50+:

Next Avenue: How did you get started in entertainment?

Lillian Colón: I was fourteen when I started dance training and thirty-two when I joined the Radio City Rockettes. In between, I tried out for countless musicals, TV shows and movies.

I did the national tour of the Broadway show "No No Nanette." I auditioned without tap shoes or tap training, but still got the job.

I performed at the sixty-first annual Academy Awards and made my big-screen debut in a Spanish-language film shot in Mexico City.

I was a choreographer for the Latin boy band, Menudo, at the height of their fame, working with then 12-year-old Ricky Martin.

What was it like being a part of the Rockettes?

Being a Rockette was such a dream. Rockette auditions were rare in those days, and the troupe was legendary.

I tried out with four hundred other girls and never thought I could get that job.

I loved performing on the Great Stage at the [Radio City] Music Hall. The cast and crew became my family. The Rockette line was a sisterhood like no other and I was proud to be a part of it for sixteen years.

Radio City even helped me start my family. I met my husband Carlos backstage on Christmas Day in 1994; he was filling in for another stagehand. I was forty when we met, forty-four when we married, and forty-six when I had our daughter, Roxy.

Having my own family was another dream come true.

What was the audition like for "In The Heights?"

The other dancers were twenty years old, or in that range. There was nobody there my age. I thought, 'Why isn't anybody showing up?'

First, we did a hip-hop routine; then they asked us to pair up for a salsa. No one would pair with me. One guy didn't have a partner and when the moderator told him I was available, he walked right by me to a girl with big boobs, big earrings, red lipstick and dark hair — just like me thirty years ago.

Finally, somebody came in and he had no choice but to dance with me.

At the end of the day, we had to line up and state our credentials. When I shared that I was the first Latina Rockette, the place went nuts. Everybody was screaming and clapping, saying, 'My God, we're so proud of you. You opened doors for us!'

We rehearsed for two days in Brooklyn; then they sent us a tape of the choreography to learn and practice on our own. That was our homework.

"When I shared that I was the first Latina Rockette, the place went nuts."

Two months later, we were on set in Washington Heights [an upper West Side neighborhood of New York City], dancing on concrete and gravel in ninety-degree heat. I put my legs up during breaks to rest and conserve my energy. At home, I got in the pool and iced my legs to help my muscles recover.

I teach and take dance classes regularly; eat well, sleep well, train. Those are the things that help keep me in the game.

Overall, I loved the experience. It was great to work with professionals like Lin-Manuel Miranda, director John Chu and choreographer Christopher Scott. At one point, Lin came over to me and said, 'I saw you, dancing girl. I saw you in that opening number.'

The film's lead, Anthony Ramos, was a chorus boy at Radio City Music Hall after I left the Rockette line and moved into wardrobe. He came over to me and said, 'Yo, I didn't know you could dance!'

What are the challenges and opportunities in the entertainment industry for performers fifty-plus?

It is not easy to get dance shows, so now is when the acting and singing come in. If Christie Brinkley can do "Chicago" [on Broadway], I could do "Chicago" — that's an older role.

You've had an incredible career. What's next?

I took two intensive workshops with Tony-winner Betty Buckley to learn how to express myself through song and a writing course to help get my story on paper.

Lin Manuel-Miranda is such an inspiration. I just finished my memoir and hope to make a Broadway musical out of it, like [his] "Hamilton" and "In The Heights."

I'm currently refining my one-woman show, "Lilly," which is my journey from an orphanage in the Bronx to stages around the world. I want to tell my story — The Puerto Rican 'Annie' — to help other performers.

And what's your advice for others?

I don't think it's ever too late to pursue your passion. Look at me. I did my first blockbuster film at sixty-six and I'm just getting started. 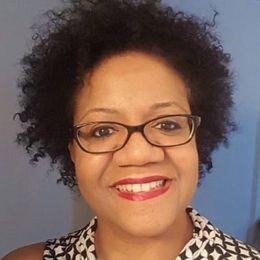 Tracey Y. Smith is a freelance writer based in the New York metro area and a specialist in integrated marketing and strategic communications. She writes about entertainment, lifestyle and literature. Follow her on Twitter. Read More
Advertisement