Celebrating 10 Years of Next Avenue with 10 Influencers

Ramsey Alwin wants to enable people to age with dignity, regardless of their background, ethnicity, gender, race or sexual orientation

Aging with dignity is difficult to impossible for millions of Americans. People may think Social Security benefits are enough to live on and Medicare protects against devastating medical bills — in short, that older adults somehow are not burdened by economic and health challenges.

"That's just not the case in the United States right now," said Ramsey Alwin, a 2022 Next Avenue Influencer in Aging, having spent most of her career thus far rebutting that narrative and working to improve the lives of older adults.

"We're long overdue to strengthen and modernize our policies and programs."

"Our mission is to raise awareness that the golden years aren't so golden for far too many," said Alwin, chief executive officer of the National Council on Aging (NCOA) and chair of the Leadership Council of Aging Organizations, a coalition of 68 nonprofits concerned with the well-being of America's older population.

The Brutal Reality of Aging for Many

She has begun this marathon task by challenging the story that Americans tell themselves about what it is like to grow old in the United States. "We need to raise awareness around the brutal realities about how many individuals are aging into poverty, how the cumulative disadvantages (of discrimination and poverty) over a lifetime compound in old age," Alwin said. "So many older adults experience that kind of financial fragility."

The NCOA, working with researchers at the LeadingAge LTSS Center at the University of Massachusetts Boston, estimates that 47 million older adults are just one financial crisis away from plummeting into poverty, and 80% of older adults manage at least one chronic health condition, such as arthritis, dementia or cardiac issues.

One of Alwin's signature achievements so far has been to work with researchers at UMass Boston's Gerontology Institute on devising the Elder Index, a new, more up-to-date metric to track poverty among older adults. California, Massachusetts, New Jersey and Wisconsin are among the states that now use the Elder Index, not the government's poverty level, to determine eligibility for public assistance.

In April, 2022, Alwin delivered remarks before the United Nations Open-Ended Work Group on Aging about using the Elder Index to set standard-of-living thresholds in other countries as well. Panel members from the African Union, France, Israel and South Korea agreed on the need for a better measure of economic security in old age, one that reflects a market basket of goods.

Alwin also has worked to persuade the U.S. Census Bureau to expand its use of a different, broader poverty metric, the Supplemental Poverty Measure. When introduced in 2016, it found that 14% of older adults lived in poverty, twice the rate found by the government methodology, which a government economist created in the early 1960s using data from the 1950s. While the Supplemental Poverty Measure is not yet used to determine eligibility for federal aid, it does show that a great need is unmet by current programs.

"We need to revisit (social safety net) policies built decades ago, when life expectancy was not what it is today," said Alwin. "Medicare, Social Security, Older Americans Act, Medicaid — these are the right programs, a solid foundation. But in many cases, they were designed in a much different time, back when we were still using rotary phones. It's time to update and modernize the policies to reflect contemporary realities."

Among those realities: One in four Social Security beneficiaries rely on that program for at least 90% of their income, even though it was never meant to be the sole source of income. Since 1975, more than half of the country's defined-benefit pensions — the kind that guarantee a certain amount of money each year after a worker retires — have vanished.

Some employers switched to offering employees 401(k)s and other defined-payment plans, with the company often offering to match at least some of the amount workers saved in the plan. However, Alwin said that decades of stagnant or even declining wages means "fewer employees have the discretionary income to set aside in their personal savings." That may explain why the Census Bureau discovered 49% of adults ages 55 to 66 had no retirement savings in 2017, the latest year for which full statistics are available.

The problem extends beyond the baby boomers in or nearing retirement, said Alwin, who is 44. Just as important are the millions of millennials who are likely to live to be 100 but unlikely to be able to save enough to live that long with dignity.

"It should give us pause to look at the programs and the policies that in many instances have people navigating old age on their own," she said.

How People Can Age with Dignity

It's a start, Alwin said. But the government, private sector and individuals need to do much more if we want older adults to age with dignity.

"Aging well shouldn't be a stroke of luck. It shouldn't be for the limited few," she said. "It should be a right. A human right." 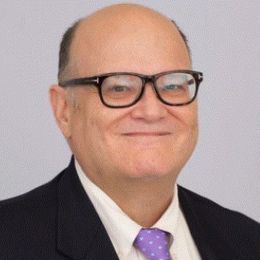 Mark A. Stein is an editor at Next Avenue. Over the course of his career, he has been a reporter at the Los Angeles Times, an editor at The New York Times and Bloomberg News in London, and started a website for Conde Nast Publications. Read More