After Widowhood Comes a Second Act with Purpose

My unexpected journey to my "second act" began on September 20, 2011, the second day of Rosh Hashanah (Jewish New Year 2011) when my beloved husband Sandy (Sanford) Weinberg, age 61, had an unexpected massive heart attack around 11 pm.

Sandy was a health care management professor at the graduate level and a worldwide FDA Regulatory Affairs consultant, who also lectured and trained pharmaceutical companies around the world on how to get their new drugs through the U.S. regulatory process. He had just returned a few hours earlier from a speaking engagement to European pharmaceutical executives at one of his client companies in Cork, Ireland.

A week later after two operations when his doctors told me there was no more they could do, they asked me what I wanted to do. Fortunately, I knew what Sandy would have wanted because ten years previously we not only completed our Advance Directives for Health Care in our home state of Georgia, but we also discussed our end-of-life values and wishes.

Doing What Needed to Be Done

Based on these discussions, I asked his doctors if I could have 36 hours for the immediate family to arrive, then say their goodbyes, and recite the Vidui (Jewish confessional) prayer at his bedside. I also told the medical personal attending him that afterwards it would be time to turn off the life support machines keeping him alive. He died on October 8, 2011 - Yom Kippur (the Jewish Day of Atonement), just as Neilah (the Yom Kippur closing prayer) was beginning in the Eastern time zone.

My long-time financial advisor and friend told me, if what had happened to me should ever happen to her, she'd have me on 'speed dial.'

About three months after my husband's death, while speaking with my long-time financial advisor and friend, she told me if what had happened to me should ever happen to her, she'd have me 'on speed dial.' This was because not only was her husband one of her employees, but also because I had shared with her many of the challenges and tasks I initially faced after my husband's unexpected death. She also said she could not both run her business and do all the things that needed to be done.

I thanked her for the vote of confidence, but politely told her I did not have the time or personal bandwidth to start a new business. Not only was I attending to all the 'after a death' tasks (i.e., 'the stuff') I needed to do, but I was also running my 20-year-old business, Genser International Consulting, a sole proprietor international sales and marketing consulting company, focused on helping U.S. companies find export markets for their products, and overseas firms find new or additional U.S. markets.

Preparing to Start My New Business

Five months later, I had dinner with another long-time friend who had been in international finance for many years and had left that career to become a financial advisor. She immediately said I needed to speak to the Financial Planning Association of Georgia (FPA of GA) of which she was a member. Ten days after we spoke, she called to tell me I would be their monthly speaker in two months.

Great reviews after my speech led me to really think about starting a new business, which I did. However, it took me a couple of years to figure out what services I would offer, and more importantly how to verbalize them in a way potential clients could easily understand.

Because I didn't know anyone who was doing what I wanted to do, there appeared to be a market opportunity for this type of service, especially as the boomers began to age.

I named my business "Bereavement Navigators", not a great name for what I do, but after (1) my two friends and I spent a lot of time searching for words to name my business, (2) my FPA of Georgia speech date was looming on the horizon, and (3) I wanted to at least have business cards and a business license prior to my speech, even if I didn't yet have clients, we settled on this name.

How I Knew I Could Help Others

Over time, I developed the following descriptions of my business' two main service offerings:

Because I didn't know anyone who was doing what I wanted to do, there appeared to be a market for this type of service, especially as the boomers began to age.

This work, sometimes referred to as "succession planning of a different kind" is in many ways similar to a "lifeboat drill." For many people it not only becomes a wake-up call, but it also affords their loved ones an opportunity to practice what they will face in the future, while realizing there is no perfect preparation. As a result, my business offers clients and their loved ones the priceless gift of peace-of-mind.

Because my initial clients were located all across the United States, I worked with them via phone or teleconference. However, today due to the adaptions made for virtual meetings during COVID-19, I am able to hold client meetings 'in person' via Zoom, and via phone for quick questions.

Never did I realize that out of my husband's unexpected death and its aftermath would come my 'second act.' My business continues to not only help widows, widowers, and adult children, but provides me with both purpose and life enrichment. I feel truly blessed. 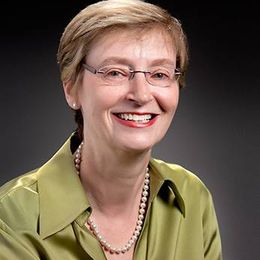 
Prior to founding Bereavement Navigators in 2012, Ronnie Genser’s professional background included over 20 years in international and domestic sales, marketing, training, and consulting.
Today she works with widows, widowers and adult children guiding them on all the personal and practical tasks (outside their professional service advisors) they are facing after the death of their loved one. She lives in Sandy Springs, Georgia.
Read More
Advertisement