Age Discrimination Will Be More Widespread: Here's What to Do

Age discrimination by employers due to the pandemic is moving from a hypothetical to a real issue. But there are tactics older workers and job applicants can adopt accordingly to help protect themselves and their careers.

Unfortunately, the protection of the Age Discrimination in Employment Act (A.D.E.A.) is ebbing. Increasingly, courts in age discrimination cases have been siding with businesses and against workers.

A new study of Equal Employment Opportunity Commission (EEOC) age discrimination filings during the Great Recession of 2008-2009 suggests trouble ahead.

89% of EEOC age discrimination cases have been dismissed; only 7% resulted in a settlement.

According to the analysis by the Medicareadvantage.com site, as the unemployment rate peaked north of 9% in the last recession, the number of EEOC age discrimination filings also peaked, at 24,000.

Currently, the unemployment rate for workers over 65 is 2.5 times higher than during that recession. Consequently, the researchers predict, we'll likely see an increase in the filing of age discrimination complaints in the pandemic.

The courts have generally been making age bias harder to prove, with judges willing to give employers a break — particularly in a volatile economy. Medicareadvantage.com says from 1997 to 2019, 89% of EEOC age discrimination cases have been dismissed; only 7% resulted in a settlement.

But the agency in August 2020 concluded that, based on its investigation, IBM engaged in systematic age discrimination between 2013 and 2018, in clear breach of the Age Discrimination in Employment Act of 1967. Eighty-five percent of employees IBM targeted for layoffs were older workers, the EEOC said.

What the EEOC Said About IBM and Older Workers

IBM fired older managers and then falsely held out hopes for them of getting rehired as contractors. In reality, IBM actually instructed recruiters and hiring managers to not hire their former employees.

The EEOC decision may apply to more than 6,000 former IBM employees, according to ProPublica's Peter Gosselin, a Next Avenue Influencer in Aging who first uncovered the pattern in a 2018 investigation for the nonprofit journalism site. An IBM statement says it "will continue to defend this matter vigorously."

But the EEOC is taking fewer and fewer such actions at a time when, according to the Schwartz Center for Economic Policy Analysis at the New School, people over 50 are entering an unprecedented period where job recovery will likely be harder than in previous recessions.

Since the pandemic, the unemployment rate and job loss rate for older workers have lagged mid-career workers for the first time since 1973.

Based on my experience as a career coach for boomers, I'd say that it's becoming increasingly clear that the pandemic is creating a perfect storm of workplace age discrimination, combining dire macroeconomic trends with the statistical vulnerability of older workers to COVID-19.

This confluence presents a perfect excuse for employers to discharge older workers and find health and safety reasons to keep them out of the workforce.

Advice for Workers Over 50

It's one reason why Sharon Emek, the founder and CEO of WAHVE (an employment firm for older adults working from home) and a Next Avenue Influencer in Aging, recommends that people over 50 pay greater attention to keeping their tech and remote work skills up to date.

"Job seekers need to show great competence in using technology if they want to be hired," Emek says. And that's more than just being comfortable on Zoom.

While older workers are often the first to be let go in a recession, due to their pay and benefits, Emek believes that many employers will actually turn to them because of their experience.

If their skills are current, she says, these job seekers may be able to demonstrate that they'll be more reliable, will communicate better and will be able to problem-solve with less supervision than younger workers.

Adopting a beginner's mind and a life-long learning attitude is going to be increasingly important in adapting to this new normal. Be on the lookout for new ways to use your skills and experience and look for opportunities where you never looked before.

My No. 1 Recommendation to Career Coaching Clients

This advice dovetails with the No. 1 recommendation I give my career coaching clients: stop chasing job postings and start chasing relationships.

The overwhelming majority of open positions are filled through referrals these days. So, tapping into your networking relationships will be the best way to learn about, and take advantage of, the opportunities Emek foresees.

Two tactics can help you be successful networking in this time of greater challenges.

First, shift the balance on your LinkedIn profile to focus on the future. Your usefulness is more important than your experience right now.

Experience is retrospective. While it gives you a leg up on getting things done the established way, you have to couple it with a forward-looking and forward-thinking approach to forecasting tomorrow's problems and solving them today.

So, on LinkedIn, talk about how what you've accomplished and learned has prepared you to address issues your field is currently facing. Be specific about the challenges you see, how you plan to address them and what you expect your results will be.

Use your experience to back up and illustrate the solutions and methods you're proposing. Just don't expect that experience alone will qualify you for the job you're pursuing.

My second tip: take advantage of one old-school skill that may prove an advantage over younger generations. I'm talking about using the telephone.

The Old-School Skill to Use

If you want to really build your network and create immediacy with your contacts, you needn't get bogged down in the formality of scheduling a Zoom call. Just pick up the phone.

Sure, you'll be back playing phone tag. But you'll also rediscover the faster rhythm of working on the phone and the ability to take care of business immediately.

Phone calls can also be better and faster than going back and forth on email. And talking on the phone can re-establish the intimacy that's been missing with your colleagues and friends during the pandemic. As we say in the digital age: it scales!

Make a small, but measurable, additional effort on your career planning each day. Grow your skill set, reach out to one new contact or connect with a colleague or a mentor. Your ongoing engagement will improve your resilience to the economic and career challenges you face and result in greater success. 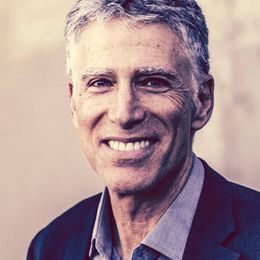 John Tarnoff is an executive and career transition coach, speaker and author who supports mid- and late-career professionals in defining, planning and achieving more meaningful and sustainable careers. He is the author of the bestselling book "Boomer Reinvention: How to Create Your Dream Career Over 50" and has been named a Next Avenue Influencer in Aging. Read More
Advertisement