We Can't Combat Ageism By Directing It Against Younger People

Recently, a former intern reached out to me via LinkedIn.  "Janine, I see your posts on ageism. But what do you call it when it is the reverse, when older people disregard the thoughts and expertise of younger people?"  she asked.

Now in academia, this talented woman shared that she faces this situation daily, with mostly older white male faculty members casting doubt on her expertise. She cited a recent example of someone telling her that because she did not yet have white hair or three decades of expertise on the topic, she could not possibly be as qualified as older faculty members to speak at an upcoming conference. This, despite the fact that she was being asked to speak about her funded research, her area of expertise.

"Ageism is prejudice stereotyping and discrimination based on age, and it can be directed against younger people as well as older people."

So, I responded: "What you are experiencing is ageism. Ageism is prejudice stereotyping and discrimination based on age, and it can be directed against younger people as well as older people."

It's not the first time I've heard stories like this.

When I led my consulting firm, I sometimes heard from clients who insisted on working with me (the gray hair factor) instead of with a younger consultant. I found myself having to explain that while younger, these colleagues had far deeper knowledge of statistical techniques, community assessment strategies or crowdfunding techniques than I did.

In my current work facilitating workshops on reframing aging at Changing the Narrative in Colorado, I sometimes hear older people angry about their experience with workplace age discrimination comparing themselves to younger workers. "They don't have a work ethic, they are entitled, they think they know everything," they say.

This is the classic us versus them narrative, in this case pitting generations against each other. We heard this a lot during 2020, with the pandemic sowing fertile ground for tales of intergenerational warfare.

Though there is a dearth of research on ageism directed against younger people, a 2020 study conducted by researchers from the University of Toronto and Furman University found that almost half of younger adults reported experiencing ageism at work, including a lack of respect and incorrect assumptions about their abilities from employers and colleagues.

What the Global Report on Ageism Said

This is consistent with the findings of the World Health Organization's recently released Global Report on Ageism, which calls for ending ageism across the life span. In citing a review of recent studies, its authors concluded that younger workers reported "not feeling valued, being subject to negative age stereotypes and belittling comments and generally perceived as incompetent because they look young."

If we are going to succeed in ending ageism against older adults, we can't do it by casting younger people as the enemy.

So, what can we as older adults do to combat ageism directed against younger people?

1. We can change our own thinking and language. Before being tempted to throw out a phrase like "entitled millennial" or to tell a younger employee that "they are not ready," we should ask ourselves whether we are considering the capabilities of the individual or making assumptions based on generational stereotypes.

When we bring generations together, we find that we have more in common than what divides us.

2. We can provide opportunities. Whether it's a paid internship, a board position or an opportunity for advancement or community leadership, we can deliberately reach out to younger people. When we are asked to present at panels and conferences, we can use the platforms we have to encourage inclusion of younger people.

3. We can deliberately seek to engage with other generations. As more and more people are learning to think intergenerationally, opportunities are emerging. We can connect for mutual career support, to reduce isolation and learn from each other and to have conversations about ageism.

Last year, I joined the Women's Lobby of Colorado, an intergenerational group advocating for women's issues. Among other things, I learned about the desperate need for diapers among mothers who lost jobs during the pandemic — something that would not otherwise be on the radar of my 60-something self.

When we bring generations together, we find that we have more in common than what divides us. In a series of intergenerational conversations my organization produced last summer on PBS12, called "On the Same Page," we learned that older and younger people experienced loneliness and social isolation during the pandemic, that older and younger people experienced the negative impacts of the digital divide and that artists across the lifespan were using their art to elevate pressing social justice issues.

A bonus for those of us committed to ending ageism? Intergenerational connection and education is effective in reducing ageism against older adults. We cannot combat the very real problem of ageism directed against older people by diminishing the experience, insights and knowledge of those younger. It's time to forge another path. 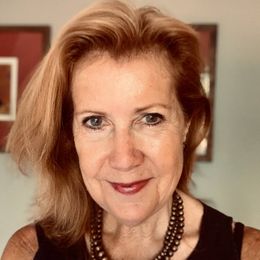 Janine Vanderburg leads Changing the Narrative, a campaign to change the way people think, talk and act about aging and ageism. She is also chair of the board of the Encore Network, a global coalition of leaders who champion the civic, social and economic contributions of people 50+; a board member of the Women's Lobby of Colorado and an Encore Public Voices Network Fellow with The OpEd Project. Read More
Advertisement