Some parents might embrace 'errors of omission' to maintain independence

There are recurring conversations that aging parents and their adult children may have. And during these conversations, it may seem to the kids that they are speaking with the best of intentions. But these talks often result in parents shutting down or telling their kids just enough to make them "go away."

For Fran and her husband, Steve* (they asked not to use their real names), such conversations are all too real.

Fran is 88; Steve is 89. They are in great health and their family physician says they are healthier than many people 20 years younger. They have lived in a home near a lake in the greater Baltimore area for over 40 years, work out three times a week and complement that with frequent long walks. They are surrounded by lifelong friends, participate in book clubs and community organizations, and Steve still drives.

Fran and Steve know their good fortune may not last forever, and they agree that when the time comes, they'll be ready to downsize to an adult community or even assisted living. So, they began looking at adult communities in another state, close to their son.

And that's when things got weird.

"They (her son and daughter-in-law) drove us around to see three nice places," Fran says. "They did NOT want us to drive, which we're capable of doing on our own. Then they put pressure on us to move right away."

"A lot of adult children have found themselves in the position of being self-appointed protectors of their parents whom they see as vulnerable."

"My son looked at me and said, 'I notice you're having short-term memory problems.' I have a perfectly good memory and (often) keep other people's calendars for them," Fran explains. "My son's wife said we should to put our house on the market immediately. Plus, we need to do this, this and this. That's when we realized we can't move there, at least for now. We also realized that this kind of treatment is probably why teenagers want to leave home."

Communication Issues Between the Generations

Dr. Marc E. Agronin is a geriatric psychiatrist and Senior VP in Behavioral Health at Miami Jewish Health, a prominent health provider in South Florida. He is the author of six books on aging and dementia, including his most recent, "The End of Old Age: Living a Longer, More Purposeful Life."

Agronin has worked with many older adults who face pressure from their adult children and has seen a number of parent-child relationships change during the pandemic.

"A lot of adult children have found themselves in the position of being self-appointed protectors of their parents, whom they see as vulnerable," he says. "As a result, some have started adopting more intrusive roles with their parents."

The style of communication, he says, has turned more into dictation than discussion.

"That's a stark reversal in parent-child roles for people in their eighties and nineties now dealing with kids in their fifties and sixties, and it may make aging parents more selective in what they choose to discuss with their adult kids," says Agronin. "So, what adult children may see as their parents 'lying' to them may actually be aging parents embracing errors of omission versus errors of commission."

At the root of aging parent-adult child relationships are communication styles.

For instance, people in the "Silent Generation" (generally those born 1928-1945) often adhere to an ethic of "working within the system," while keeping their heads down. They are not always open to discussing personal issues or sharing thoughts. Communication styles of their children and successive generations have changed, and older adults may see these styles as challenges to maintaining their independence.

"Adult children (may) say 'No – you're going to stop driving and you're going to let the aide in the house,'" Agronin says, "And there's no discussion about it. There may be perfectly legitimate reasons for pursuing such safeguards, and sometimes that resistance is foolhardy. But their [parents] pride and sense of independence may get in the way."

Not Everything Is a Cause for Action

Dr. Andrew Lazris, is a practicing geriatrician in Columbia, Md. and author of four nonfiction and four fiction books. His latest work of fiction, "The Geriatrics Vengeance Club," mines the tension between aging adults and a loss of control at the hands of their adult kids, their doctors and society.

"The way to respect the autonomy and pride of aging parents without dissuading them from conveying important things is all in how we act."

"The line between being a caring son or daughter and being someone who is robbing their parents of the personal freedom to make bad choices is a fine one," Lazris says. "I have so many patients' families that include kids who just want to help and are justifiably frightened, but need some reassurance that their parents don't need all these tests, drugs and doctor visits, and are allowed to fail once in a while."

Once the failing becomes more self-destructive, dangerous and a pattern, Lazris adds, "then we can talk about ways to intervene without threatening independence and pride."

How Do Families Get on the Same Page?

Lazris says we all need to accept that aging is inevitable, and that it is best done with support, not with preaching. That kind of relationship benefits both sides.

"The way to respect the autonomy and pride of aging parents without dissuading them from conveying important things is all in how we act," he says. "We need to be there to help our parents age, to be a sounding board for their concerns and to give them feedback when we have concerns. But we have to realize they are allowed to make the final decision, that their decision may not be the same one we would make and that likely… they will be just fine."

Agronin says one of the keys to understanding aging parent-adult child dynamics is to ask questions and indicate a willingness to understand other perspectives.

"It is not Twitter," Agronin says. "You don't have to retort everything. Put politics and disagreements aside. Listen and reflect. Focus on preferences; that can make it easier to be more open."

At the same time, he says, "remember there are boundaries — because privacy is important. Just because you are posting or seeing things online doesn't mean it is appropriate or healthy for everyone."

Even Fran, who experiences tension with her son and daughter-in-law, gives both the benefit of the doubt that communication and a lack of understanding may be at the root of things and may not be unique to her generation.

"When I look back at when I was that age," she says, "I didn't understand my mother, and they probably can't really understand the issues of aging and how we feel. We may end up living close to them, and I'm sure we'll be very well taken care of. But we still wonder if it may end up being a little too well." 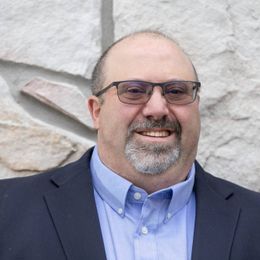 Howard R. Seidman is a writer and web content professional that has written extensively on consumer health care, aging adults, education, and a variety of topics. He began his career in newspaper and radio before becoming a member of communications, marketing, public relations, and writing staffs at hospitals, pharmaceutical companies, universities, and insurance companies. He currently consults with clients and organizations on developing written website content, as well as the building and redesign of websites, and social networking. Read More
Advertisement