Overcoming Anxiety on My Skis

Following an injury, I realized controlling one's mind is a powerful tool to lessening anxiety

Looking ahead at the trail, it went downhill on a very steep grade. I was on skinny cross-country skis intended for use doing a classic stride. I had gone down this grade for over a half dozen ski seasons. So why am I eyeing it with so much apprehension? Why do I have sewing machine legs? Why butterflies in my stomach? Why am I sweating so?

I know I can snowplow down this grade. But, I am so afraid of falling. So, I do not go into a snowplow position; instead, I put my skis parallel across the slope, place my poles on either side of the skis, and carefully side step down the hill, taking tiny steps, digging my ski edges into the snow, carefully, so carefully.

I was not in pain but angry with myself for sticking my arm out to break the fall.

It takes me forever to get down. What is the matter with me? For starters, my internal dialogue is "don't fall," "be careful," and "whatever you do, don't fall; the doctors won't be able to fix your shoulder if you fall."

My anxiety about falling is based on reality. Last season during the first week of March, I fell while cross-country skiing. I had stopped to tighten my ski boots, dropped my poles, reached down; the terrain was flat, and my skis took off. I fell and, in doing so, put out my arm to break my fall, which tore my rotator cuff. I needed help getting up and could not use my right arm.

A Trip to the ER

My dog ran to my rescue. Bernie stood over me, licked me, but was no help getting me up. Finally, my partner skied back to me, lifted me, and took off my skis. He skied back to the parking lot for the car, and I walked over to the campground that bordered the highway. He picked me up and took me to the ER in Telluride, Colorado. I was not in pain but angry with myself for sticking my arm out to break the fall.

Intellectually I knew that was a dumb thing to do. But I reacted. In the ER, the shoulder and arm were x-rayed. Nothing was broken or displaced. The doctors concluded it was most likely a bad sprain. But, only an MRI (magnetic resonance imaging) could determine soft tissue damage.

An MRI would only be available at a hospital. I chose the hospital in Durango. A person cannot walk into the hospital and request an MRI. I made an appointment to see an orthopedic surgeon. After viewing the MRI, it turned out the surgeon said he couldn't do anything for me, but I could seek another opinion.

One and a half months later, I found an orthopedic surgeon who could replace a reverse shoulder. But, unfortunately, as you age, the ligaments and tendons weaken, and the usual reattachment for rotator cuffs is less likely to be successful.

A reverse shoulder replacement switches the positions of the ball and socket and replaces the ball with a steel ball. Given an 80% chance of success, I opted for the surgery. The surgeon was in Gunnison, Colorado and operated in a twenty-five-bed hospital.

I was delighted there was a potential course of action. The older you are, the more precautions seem to be in place. In my case, a pre-surgery physical and deep dental cleaning. I was eighty-two and unprepared to change my exercise regime, skiing and hiking.

I now have more power and am not blocked by anxiety and an inner dialogue that presents the worst-case scenario.

The surgery was a success, and a three-month rehabilitation routine was completed. I was pronounced "recovered" or as good as I could get. By December, I was ready to ski again. But, I was not prepared for that downhill grade.

The first step was to change my equipment. I bought cross-country classic skis 65mm wider with partial metal edges. I knew I had the physical skill to go downhill with cross-country skis, but I needed an extra dose of security when doing a snowplow. So gradually, I tested myself on steeper cross-country terrain.

The technique was there, and the physical changes in the equipment made holding an edge easier. So if there is an added confidence with different equipment, the reward is enormous — the inner dialogue changes. I can keep a snowplow; I am confident in my control.

This doesn't mean I believe I will not fall again; it simply means I now have more power and am not blocked by anxiety and an inner dialogue that presents the worst-case scenario. 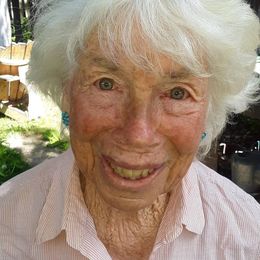 Linda J. Miller
Linda J. Miller was born in San Francisco in 1938. She dropped out of college after reading this ad in a ski magazine, “ wanted skiing chambermaids." She boarded a Trailways bus and got off at Winter Park, Colorado where the pay was $60.00 a month, plus tips, room and board, lift ticket and ski lessons if she finished work by 2:00. P.M. Thus, began her skiing career. Linda J. Miller currently lives in Telluride, Colorado, surrounded by family, including a husband and two great grandsons. Read More
Advertisement