How NOT to Apologize

Between the ongoing pandemic, vaccine rollout and contentious politics, many relatives, friends and colleagues have been feeling stressed out and estranged. Nothing soothes the soul like a heartfelt apology. But saying "I'm sorry" the wrong way can exacerbate problems and hurt feelings worse.

I learned this the hard way when I confronted a trusted mentor of 15 years for lying to me repeatedly. "I'm sorry for the imaginary crime you think I'm committing," he replied, making me want to commit a real crime.

For my new book "The Forgiveness Tour: How to Find the Perfect Apology," I interviewed doctors, religious leaders and experts in the field about the magic words that can lead to reconciliation.

10 Tips on What to Say and Not Say When Apologizing

Yet it's easy to falter or fail to express real remorse. To mend fences, here's what never to do:

1. Don't rush in with ill-conceived remorse. "Ask the person how they feel and then listen before talking," Howes suggested. She added, "Don't be like comedian Louis C.K., who responded to accusations of sexual harassment by apologizing to the wrong woman the wrong way for the wrong thing." Learning the impact of your missteps can make your apology more specific, heartfelt and effective.

Doubting someone's hurt means you're not taking responsibility for what you did.

2. Don't use if or but.  "I'm sorry if I hurt you" or "Sorry, but I didn't think you'd mind" don't count, and could be offensive. Doubting someone's hurt means you're not taking responsibility for what you did. Don't be ambivalent. Be declarative, as in "I'm sorry I screwed up and hurt you."

3. Don't argue. When my cousin hoped to reconcile with his ill father, instead of falling on his sword, he wrote a letter rehashing old grievances. His dad tore it up and died before they reconnected. Saying only "I'm so sorry, I love you," may have led to a longer tête-á-tête.

"Our impulse is to defend ourselves with conditional limited contrition and disclaimers, like every politician's apology ever," said Dr. Vatsal Thakkar, a psychiatrist in Westport, Conn. "Not being able to apologize is a sign of narcissism. When it comes to introspection and vulnerability, many people are clueless, especially men."

You have to put someone else's feelings first. Remember: an apology is a mea culpa, not a conversation.

4. Don't stop at sorry. The declaration that you're sorrowful isn't enough. Keep going. Say what you regret, why it happened, promise it won't be repeated and show how you'll repair the damage.

If you're not sure what to say, ask for feedback. During my dispute, I asked advice from Thakkar, who helped me forgive — and apologize.

5. Don't assume words are magic. Despite eloquent verbal regrets, action heals a rift better.  Try "Can I buy you lunch to apologize in person?" or more.

An old friend felt hurt when I blew off reading her memoir-in-progress about surviving cancer.  I didn't only apologize; I asked if she wanted to bring pages into my writing workshop, to make up for my insensitivity.

"Susie, I'd love to," she responded. Hearing my childhood nickname confirmed I was back in.

I made sure to be very supportive this time. Offer validation or a fix to compensate for the suffering you caused.

"When someone hurts you, there's often a reason you can't see," Thakkar said. "Here's a metaphor: a commuter is enraged when a woman in an SUV stopped abruptly to reach into her back seat, almost causing an accident. He didn't know the driver's infant was choking."

Healing a relationship may require rejections and repeated attempts.

Coming clean and solving the mystery can restore closeness.

"If you have no idea why you screwed up, admit it, saying 'I don't know why I was so reckless, it wasn't my intention,'" Thakker advised.

Indeed, when my mentor apologized, he explained that his wife had developed serious medical issues. He was so distracted by her illness and difficult recovery, he'd slighted me without meaning to. After he revealed how scared he was, my pain disappeared.

"I had no idea," I said, apologizing to him.

7. Don't just phone it in. Not everyone communicates the same way. Once, when my brother was angry with me, my calls, texts and emails went unanswered. Then, I sent a handwritten letter to his wife that broke the ice.

If you want forgiveness from someone you offended, connect via their comfort zone, not yours, whether it's in person, Skype, Zoom, FaceTime, phone, an epistolary missive or other multimedia.

"If it's in writing, show the draft to someone you trust before sending," Thakkar suggested. "If it's in person, write down your apology first, to organize your thoughts and get it right."

8. Don't be an island. Discuss your problem with a relative, therapist, mentor or religious leader who might help you heal an estrangement or intervene as a forgiveness surrogate.

In his hospice work, Rabbi Joseph Krakoff of West Bloomfield, Mich. asks dying relatives to tell their kin, "You are forgiven. I forgive you. Please forgive me. I love you." A daughter estranged from her father found comfort in this deathbed prayer.

"It gave her a sense of closure," said Krakoff. "It allowed her to forgive him last minute, mourn and handle grief better."

9. Don't try once and give up. Healing a relationship may require rejections and repeated attempts.

"In Judaism, you're obligated to offer sincere remorse three times. If it's not accepted, the unforgiving person has to apologize for not forgiving," Krakoff explained. "Once you express regrets, keep your heart open. Forgiveness is always attainable, though not immediately."

10. Don't let pride prevail. Leah, a Florida mother, didn't know why her oldest son was avoiding her.  Although she felt she'd done nothing wrong, she selflessly apologized anyway — for years, in birthday cards and phone messages, hoping to reconnect. After her son divorced, he confided that his ex-wife had turned him against Leah. He apologized profusely and they reconciled.

Sometimes, love means always having to say you're sorry — and it's worth it. 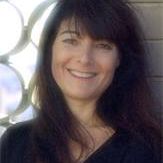