Where Are the Older Black Women Guests on Cable News Shows?

Disturbing findings from a new report looking at these programs

One day I looked in the mirror unnerved by the image peering back at me. Who is this older woman and where's the me I know? This existential question is shaped by coming of age in an era when women were seen and heard. Today, sadly, we are virtually erased by the larger world.

I've experienced this personally. Somewhere between age 55 and 60, the person I had strived to become — commanding a thriving Washington, D.C PR firm — was fading into invisibility. Calls from business suitors slowed and despite my ardent push, eventually the phones stopped ringing.

Had a new media tsunami rendered me and my old-school telephone passé? Or had that dismissive OK Boomer meme stamped an entire generation relic, to be banished to rocking chairs?

The Invisibility of Older Black Women

Most older women, especially those with vibrant professional footprints, struggle with the baggage of ageism. But Black women like me are further saddled with the triple jeopardy of age, gender and racial inequities. Though we overperform in electoral politics, advanced degrees and business ownership, marginalization renders us invisible.

I wondered: Whose reality am I watching if I'm excluded?

Exhibit A: Primetime cable news shows, which illustrate the whiting out and aging out of Black women by the industry behemoths of CNN, Fox News and MSNBC. Over the past 18 months, amidst racial reckoning and the most contentious election season in history, I've been haunted by the absence of women on those programs who look like me.

I wondered: Whose reality am I watching if I'm excluded? This nagging question drove me to commission the Berkeley Media Studies Group to see who's at the primetime table.

The quantitative analysis we conducted looked at the gender, race and age of hosts, contributors, experts and guests. Focusing on nine weeknight programs between 7 and 10 pm, we took a six-week snapshot from May 24 through June 30, 2021. This period included the anniversary of George Floyd's murder and the inaugural Juneteenth federal holiday – a heightened racial news cycle that should prompt expansion of Black appearances.

Findings From the Survey of Cable TV Guests

Some context: All three of these cable networks skew toward older viewers, with the median ages between 55 and 65. CNN and MSNBC also enjoy a slight majority of women viewers and their Black audiences are significantly higher than the proportion in society: 19% for MSNBC, 21% for CNN. Ratings leader Fox News, known for its Republican-leaning viewers who are mostly male and older, reports that its audience is 10% Black.

None of the nine primetime cable news programs studied was hosted by a woman over age 55. The sole Black host during these weeknight times was MSNBC's Joy Reid, who is 52.

The survey found that Black voices were minuscule on these shows, but significantly worse for Black women and especially older Black women.

Proportion by racial, gender, and age presentation of hosts, contributors, and guests on primetime news shows

Examining 1,862 guests appearances, just 21 Black women 55+ were at the primetime table, constituting 1.6% of the total. Due to a few multiple bookings, they appeared a total of 28 times. These were primarily members of Congress, a few journalists, academics and legal experts.

MSNBC had the highest inclusion of older Black women at 4%, followed by CNN at 2% and nearly 0% at Fox News. On Fox News, a single program featured one Black woman guest who was 55+. No older Black women appeared on Fox's "Hannity" or "Tucker Carlson Tonight" during our analysis period. However, people age 55 and over were the most likely to appear on FOX News when combining hosts, guests and commentators.

Not surprisingly, the survey revealed that non-Black men dominated, at 67% across all programs.

Two noteworthy exceptions were from MSNBC.

On "The Rachel Maddow Show," women commentators represented over half of the appearances and — compared with the other eight programs studied — had the highest number of Black women guests (6%). "The ReidOut," hosted by Joy Reid, far outdistanced the others in Black guest bookings. Nearly 43% of Reid's guests during the review period were Black.

Appearances of indigenous, Latino, Asian American and other non-white communities were also grossly underrepresented during the survey.

What This Survey Suggests

This survey's resounding underlying message from the cable news decision makers: Older Black women are the least consequential to the primetime lineup.

All this raises a few important questions:

What could be gained by reshuffling the seats at the primetime table?

Do cable TV bookers have a responsibility to be inclusive of the audiences that keep them employed?

A talent pool that looks like America would strengthen the national discourse that the media is pledged to air.

Is the status quo of exclusion the easy default?

Older Black women experts can provide potent experience and tested acumen across many disciplines and sectors. A talent pool that looks like America would strengthen the national discourse that the media is pledged to air.

Removing the veil of invisibility would also likely attract more viewers and be good for business.

Everyone will benefit if cable primetime news programs expand whom they invite to the table to share in our national discussions. 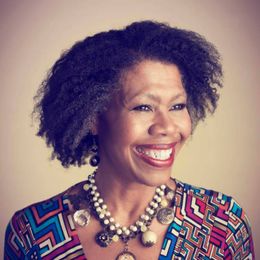