Give Your Brain a Chance to Play 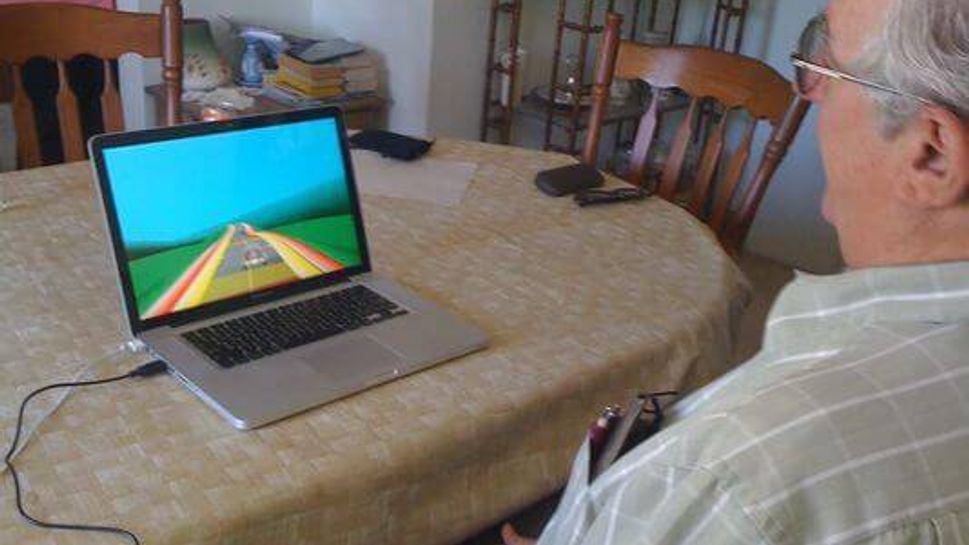 The research team worked with video game developers to create Neuroracer (shown at right in a photo from Nature), a first-person driving game that tests multitasking and strategy.

Older adults played video game one hour a day, three days a week for four weeks. When the team tested them after four weeks, the older adults’ ability to play the game and multitask within the game exceeded the level of 20-year-olds who played it on a single visit.

The data also showed improvement in their working memory abilities and attention even though neither of those skills were included in the game.

Free game apps that might work for you: The Brain Age Game on Android phones tests your memory through controlled brain-training tests targeted to reflexes and concentration. Lumosity brain training for the iPhone will challenge your memory, attention and ability to multitask. 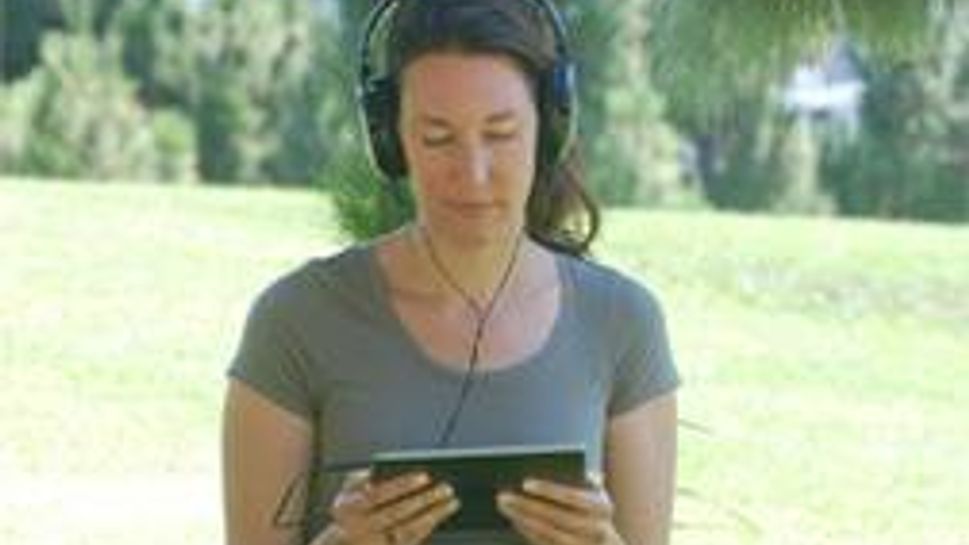 Neuroscientists took the principles of concentrated meditation, working closely with a mindfulness expert, to better test and train people to self-regulate their internal distractions. They hypothesize that training people to concentrate through the game, called Meditrain, will improve their ability to focus.

Similar games that might work for you: OmMeditation’s ConZenTrate app on Android helps improve the focus of the mind and achieve concentration goals. The Mindfulness App can put iPhone users on their journey to a healthier state of mind through meditation. 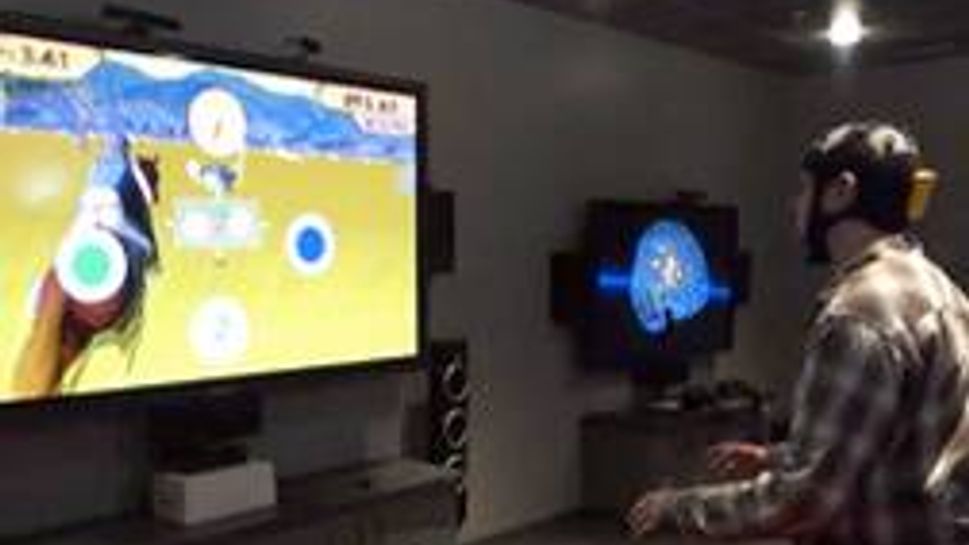 As we’ve learned, exercise is great for boosting memory, sharpening focus and relieving stress. It is also good for brain plasticity. Gazzaley and his research team hoped to find a game that challenged both the brain and the body at the same time and developed Body Brain Trainer to do so.

Similar games that might work for you: Nintendo Wii has many games on its system that will work. Look for anything that requires both movement and strategy — tennis, for example. 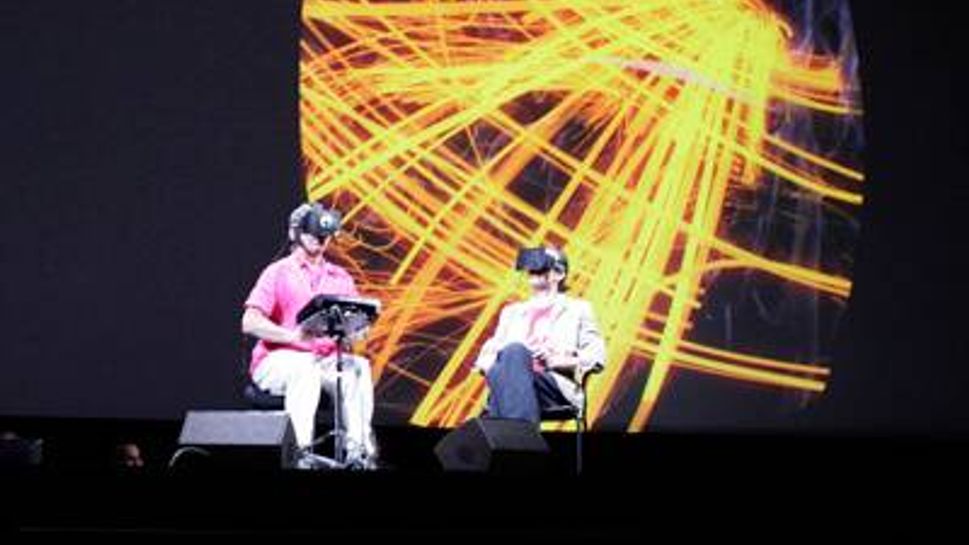 Rather than channel their inner rock stars, Gazzaley’s team asked Grateful Dead drummer Mickey Hart to participate in research demonstrating how the act of becoming more rhythmic can help other aspects of cognition outside of rhythm. That led them to create the game Rhythmicity. The photo shows Hart drumming while receiving a brain scan, and the Dead-like color patterns demonstrate the brain at work in all kinds of different ways.

Similar games that might work for you: Good old-fashioned instrument playing or drumming is great (as Next Avenue recently noted), but if you must get high tech, Drum Coach makes a cheap ($1.92) app for Android that allows you to play along to a variety of songs, and Real Drum on iTunes will get you drumming in no time on your iPad or iPhone.

The professor of neurology, physiology and psychiatry and director of the Gazzaley Lab at the University of California, San Francisco, has spent years learning with his research team how the brain’s ability to remember, focus and perceive the world changes with childhood development, normal aging and dementia as well as how to alleviate cognitive deficits.

Although prescription drugs can be part of treatment for cognitive health, Gazzaley —whose book The Distracted Mind: Ancient Brains in a High-Tech World (co-authored with Larry Rosen) was published by MIT Press in September — argues that better ways to treat patients exist without the potential side effects of drugs.

At the “Aging 2.0: Optimize” conference in San Francisco last week, Gazzaley said doctors must do a better job of understanding how experience affects and shapes brain activity. “Experience is the gateway to our brain — and we understand how strong this relationship is,” says Gazzaley. For example, Post-Traumatic Stress Disorder can happen after an experience (“a powerful, horrible experience”) of witnessing a single event than can affect your brain and brain plasticity the rest of your life.

However, Gazzaley says, technologists and neuroscientists can build technology together to help maintain brain plasticity. He and his team have done so by building interactive games that can influence cognitive brain health in older adults. Although their games are not available to purchase, here are a few of them and suggestions for widely available apps that may bring you similar effects:

Shayla Thiel Sternis the former Director of Editorial and Content for Next Avenue at Twin Cities PBS. Read More
Advertisement