Unmuting A Brother-Sister Relationship One Chord at A Time

We are siblings in our sixties. So why do I feel six?

As I logged in to Zoom for my first ever guitar lesson, I hoped for a bad connection. Any excuse to end the session before it started. But, at 3 pm sharp on a Saturday, the Zoom waiting room screen vanished and there we were — just Mark and me — two graying long-haired siblings in the role of teacher and student.

My older brother Mark is 63, and is "mister guitar." He makes them. He repairs them. He has created a whole teaching system mapping out musical symmetries on the fretboard — an approach I was certain I could never understand. I expected him to lose patience with me and was fully prepared to lose patience with him. At 60, I was suddenly feeling six.

"Hey Shelly," my brother said casually, as if we weren't living through a pandemic.

A History of Unmet Expectations

"Hey Mark," I replied, trying to remember the last time we saw each other in person. I couldn't, and as it turned out, neither could he.

"Maybe the end of 2018?" I suggested, recalling a business trip I took from Los Angeles to San Francisco, where Mark has lived for years.

He just shrugged. We had a long family history of unmade visits and unmet expectations. Sensing tension, both mine and his, I tried to settle in, breathe and focus. It became clear he was there to teach, not to talk.

"EADGBE," he said all at once, as if it were a single word.

I perked up, searching for other fun ways to remember the six guitar string notes. Every. Artist. Dreams. G, B and E had me stuck.

"A mnemonic," he said, cutting me off.

"Excuse me?" I asked, annoyed, in spite of knowing interrupting was a shared family trait.

"It's a mnemonic acronym, not just an acronym."

Sibling relationships are known to be the longest-lasting relationships in most people's lives. Yet, compared to parent-child and marital relationships, they have been understudied. This is particularly true of adult sibling research. Studies have, however, drawn connections between well-being later in life and the power of sustained and satisfying sibling communication.

The guitar lessons were originally intended for Carlos — a pandemic birthday gift from me. Carlos already played really well, but I thought my brother and he could jam during lockdown.

"Why don't you use them?" my husband said. "Guitar lessons are all the rage right now. Learn some chords, a few songs, enough so we can play together."

"And who knows?" he added, "maybe you'll even bond with your brother."

I wished he had quit while he was ahead.

Sibling expert Jonathan Caspi, professor in the Department of Family Science and Human Development at Montclair State University, who is writing a new book on what are known as "lanes" and what he calls "niche selection," points to "a child's search for differentiation as an early-stage conflict avoidance technique for both parents and children."

Growing up, my two brothers and I took lanes, and the guitar lane belonged to Mark. His lane included both music and art. So much so that he attended a high school featuring those very specialties.

Although our lanes weren't assigned, my mother had ways of making her wishes understood. A middle child herself, Mark was her favorite son. Jeffrey, the eldest, and my father's favorite, dominated math and science. The youngest and only girl, I was bonded with both parents, and writing and acting fell to me.

Who Are They Now? And Who Are You?

By the time I was old enough to talk, my brothers had nothing to say to one another, at least nothing nice, and that remains constant to this day. I deal with each brother individually but, as a family, we do almost nothing together. We never did.

In 1983, I received two letters from Mark. He was 26, and had recently moved to San Francisco, after living on his own since 16. That's when my parents relocated from New York to Los Angeles, taking me with them and leaving Mark behind to follow his artistic path.

Both letters were typewritten, the words Singer, Songwriter, Guitarist printed and centered on top. The first letter included a resumé with a business card attached.

"I enclose my card as proof that I am indeed persuing (sic) a music career," he wrote.

We were always trying to prove something to someone as kids — mostly, to each other. Over 40 years later, our parents deceased, I wondered if we would ever let that go.

It wasn't until lesson three that I started seeing Mark as a pro instead of a problem.

Elizabeth Dorrance Hall, director of the Family Communication & Relationships Lab at Michigan State University, says sibling relationships can be reframed by "perspective-taking and actually spending time getting to know one another now vs. relying on who they/you have been in the past," underscoring the word now more than once.

Beyond practicing chords, I found that Mark's teaching style inspired compassion and helped me build confidence. I watched his curved fingers fly, sliding across the frets, pressing into the strings with so much love. He showed me how to play the Beatles' "Blackbird," one of my mother's favorites.

"What was the first song you ever learned?" I asked.

"'Sinnerman,'" he told me, mentioning after-school classes at the Educational Alliance.

"Really?" I said, surprised. "I went there for Hebrew classes. Briefly."

"Wow. You would think we were from the same family or something," he responded. And, for a moment, I was lost again. Then we both laughed.

Alex C. Jensen, associate professor, Bringham Young University's School of Family Life, acknowledges that while all sibling relationships are different, "the one commonality is transitions." Citing marriages, deaths and retirements as examples, he adds, "so thinking about the pandemic, you have this big societal transition and it has the potential to change sibling dynamics."

Mark's two letters from 1983 were sent only a few months apart. In the second, he wrote, "We can strengthen the ties between us, or we can ignore them. We cannot dissolve them." He ended with, "We really should keep in touch and keep each other informed of what is going on in our lives," and signed off as: "Your brother, Mark."

Our weekly Zoom lessons are too full and focused to indulge complicated trips down memory lane. Still, within each hour session, I learn a little bit more about who this man, my brother, is now.

When I feel insecure, my go-to defense mechanism is to pack up or pick a fight, but Mark is teaching me how to pick a string instead.

While I could just call him, I'm thinking it might be nice to write a letter and catch him up on my life. And, when I do, I'll sign off: Better late than never. Your grateful guitar student and sister, Shelly. 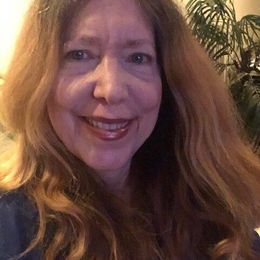 
Rochelle Newman-Carrasco credits her love of language, humor and culture to her Lower East Side NYC upbringing. She is an essayist, spoken word poet, and actor who has also spent over three decades in culturally-specialized marketing. She currently lives in West Hollywood. Read More
Advertisement