Buy Now, Pay Later — Should You Spend This Way?

The trendy buy now, pay later plans can be useful, but dangers lurk

You've undoubtedly seen the alluring "buy now, pay later" (BNPL) invitations from retailers and apps, allowing you to spread out the cost of buying items over four equal installments, often without paying interest. But should you go for these modern day versions of layaway plans?

Millions of people are. In fact, 42% of U.S. consumers have used buy now, pay later programs. By one estimate, $100 billion in purchases will be made using BNPL apps this year, four times the amount last year. Retailers from Amazon to Walmart and apps like PayPal, Square and Klarna are letting shoppers buy now, pay later; even landlords, utility companies and insurers are offering this option.

"It really feels like this is everywhere," said Ted Rossman, of the Bankrate.com website, on the new episode of the "Friends Talk Money" podcast co-hosted by Next Avenue Managing Editor Richard Eisenberg. You can listen to the full episode at the end of this article.

Gian Moore, a Seattle-based interior designer and partner with the online merchant MellowPine, says she likes buy now, pay later because it frees up money for other things. "I only use BNPL for big purchases, with a zero percent interest rate," says Moore.

Unlike the old layaway plans, with buy now, pay later, you can walk out of the store with the item in hand (or whenever the e-tailer's delivery arrives) after making just the first installment, not waiting until making the final one.

Personal finance writer and "Friends Talk Money" co-host Terry Savage, who calls BNPL plans "come-ons," noted on the podcast one reason buy now, pay later providers like them: The average order size goes up by 45% when somebody purchases this way, according to MasterCard.

Retailers and apps with buy now, pay later arrangements have varying versions of this payment model. But they typically have these elements in common:

One thing that separates buy now, pay later from other installment payment models is convenience. You can apply for it at the point of sale through a mobile phone or by using the BNPL option on a website's checkout page. Much like eCoupons, BNPL makes products more affordable to online customers.

"I think that done right, these kinds of installment plans can actually be a good thing because it buys you some time, but you're not dragging it out forever," Rossman said on the "Friends Talk Money" podcast.

How do buy now, pay later plans compare with just paying off items with a credit card?

Credit card users must make at least a minimum payment every month and interest on unpaid balances (typically 16% to 24%) accrues until the purchase is paid for, which can be an unlimited time. So, you can pay at your own pace — at a price.

By comparison, the buy now, pay later plans have a fixed repayment schedule: payments are made either every two weeks, monthly or weekly, depending on the provider.

Generally, the buy now, pay later amount due is the same for each installment and there's rarely any interest involved. Approvals are generally quick and painless; there's little check on your credit history.

However, if you miss a payment, some buy now, pay later providers charge late fees of $5 to $10 or 25% of the transaction. And if you are late, you may be reported to credit bureaus, which could lower your credit score.

Savage says that over the past two years, 43% of buy now, pay later customers paid a late fee, mostly because they lost track of their installments. Wired magazine recently noted that the Afterpay app collected $64 million in late fees from buy now, pay later users in the 12 months ending June 30, 2021.

"Some BNPL products may have deceptive and abusive profit models built on the expectation of late fees from struggling consumers."

If your buy now, pay later plan is linked to a bank account that doesn't have enough money for the payment, you could then be hit by steep fees from the bank, Marisabel Torres, director of the California Center for Responsible Lending, said at a recent U.S. House Committee on Financial Services hearing about the risks of these programs.

Lauren Saunders, associate director of the National Consumer Law Center, said at that hearing: "Some BNPL products may have deceptive and abusive profit models built on the expectation of late fees from struggling consumers."

A federal Consumer Financial Protection Bureau report on buy now, pay later said: "Because you can qualify for BNPL without passing a hard credit inquiry, make sure you have a good sense of your finances and whether the payments will fit within your budget. Just because you qualify for BNPL, or any other credit product, doesn't mean you should use it."

"BNPL companies don't offer the same dispute protections as credit cards if the item you purchase is faulty or a scam," the CFPB report said. Also, it noted, "returning merchandise bought with BNPL can sometimes be complicated."

"Retailers have made it so easy to spend, and BNPL loans are yet another example. However, before you click to apply, take your time to know what you're getting into," says Matt Schulz, chief credit analyst at the LendingTree website. Read the terms and conditions before applying, he advises.

"Friends Talk Money" co-host Pam Krueger calls buy now, pay later plans "a mind game," saying on the podcast that some users may think: "'Oh wow, I can not only afford this thing I'm buying right now, I've spent less than I planned. So, now I can get more stuff!'"

"You have to understand how to use this tool and use it wisely, so you don't cut yourself."

But what can then happen, Krueger said, is that the person may unintentionally pile up more credit card debt on other purchases.

If you're not careful, a buy now, pay later plan could appeal to your worst impulses. You might wind end up buying things you don't need simply because you can pay for them later.

"You have to understand how to use this tool and use it wisely, so you don't cut yourself," said Krueger.

Explain the Pros and Cons to Your Adult Kids

Savage recommended explaining to your adult children and grandchildren — perhaps at Thanksgiving — the pros and cons of buy now, pay later. "You may save them some financial trouble," she said.

Meantime, if you know your budget, and make your payments on time, buy now, pay later could be an effective way to spread out the expense of a large purchase. 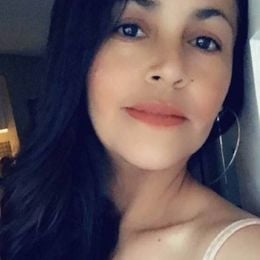 Elice Max is a small business owner, writer, tech enthusiast and marketer based in Australia and originally from Boston. Read More
Advertisement