A Mad Dash for Easter Eggs

My dad once served as Tail-Twister, an officer who fines members for offenses real or imagined. He often came home from his Wednesday night meeting with his tie clipped in half due to an afternoon White Sox loss. Fines and fundraisers enabled the club to raise money for their various charities and host the annual Easter egg hunt.

My memory reflects a different time when teachers wore ties and the ties were inexpensive enough to cut in half.

On a spring morning in 1965, the Lions Club's wild men hid multi-colored plastic eggs in the field behind the elementary school. Several hundred boomer kids lined up in age groups, tightly clutching yellow, lavender and green braided Easter baskets. Wide-eyed children wondered which eggs held candy and which had coins. Awaiting the start, parents held children back from the mad dash for eggs.

Ringers in the Crowd

The crowd, however, contained ringers, an unfortunate aspect for awkward children like my younger brother and me. One family boasted children who resembled Olympic gold medal athletes. When the school held spring games, this family — with a child in almost every age group — won the most blue ribbons.

It was clear. The ringers would find the treasures immediately; my brother and I would stand in their dust.

Family friends of ours attended with their three beautiful, lean, athletic daughters. Unlike my brother and me, they were always the first chosen at Red Rover and the other reindeer games. The family's oldest daughter is a lifelong friend of mine.

I almost lost my balance as a child with a broken leg in a cast breezed past me.

Hundreds of wide eyes looked out to the field, now carpeted with plastic eggs.

The Lions Tail-Twister shot off his starter pistol, and the Olympic children and the family friends lurched forward, leaving us in their wake.

"Go get the eggs!" my parents shouted, chagrined that we were still standing there, athletically challenged.

Soon, all the children's baskets overflowed with the bounty of this Christian holiday. Even my brother had a few eggs in his basket.

Dawdling, like Prissy in "Gone with the Wind." Looking around and planning my strategy, tying my Keds Red Ball Jets in large, slow loops.

I almost lost my balance as a child with a broken leg in a cast breezed past me.

Okay, maybe I should start. I spy a yellow egg with my little eye. Gone.

Olympic child Number 4 swoops in and gets my egg. My egg! And it has a quarter inside.

Then it is gone.

Every year, it was the same story. Reach for tissues and weep. My sad, sad tale is of the child too unfocused to get one single egg.

Let's see if I can make this story even more pathetic. Imagine I'm dressed in blue plaid pants that are too short, and my mother has insisted on this cold late March day that I wear a hat that makes me look like Elmer Fudd. Or a Siberian child on the endless steppe. My brother didn't look much better.

Are tears rolling down your cheeks? Do you feel the anguish? Is there pity and pathos for these little wretches who resemble Dickens' characters?

Same Lions Club members, now they are grandpas in the same village of my childhood.

The Olympian children have mated with other powerful people, and their children populate the town. My lifelong friend, the oldest of the athletic sisters, is there with her children. Her daughter, who is a year older than my son, is lean and athletic like her mother.

Even though I moved away in 1975, my father is still a member of the Lion's Club. He is excited that his grandson will participate in the annual Easter Egg hunt.

My son, who is five, stands at the starting gate and looks around. "Am I supposed to run?"

Hundreds of jumping legs of the boomers' children lean forward with their plastic, wire-handled buckets.

Hundreds of hands thrust Game Boys into Thomas the Tank Engine or Barney the Dinosaur jacket pockets and faced forward.

My son, who is five, stands at the starting gate and looks around. "Am I supposed to run?"

My husband and father are shouting at him, "An egg. Go over there. Behind the tree. Look in the hole. See the pink plastic egg. It's right there."

He strolls around the field as the athletic children of my peers fly past him.

He thinks about something else. Maybe the big Lego tower he built at Grandma's? Baseball statistics? President Garfield?

My childhood friend stands next to me, smiling and laughing. She doesn't remember the horror of my childhood.

Her daughter runs to her with a purple bucket full of eggs.

Where is my son? He is tumbling in the grass, bucket askew.

Some eggs do not fall far from the chicken. 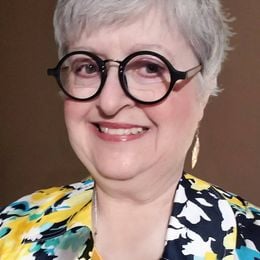 Amy McVay Abbott is a retired newspaper columnist and the author of six books including "Centennial Farm Family: Cultivating Land and Community 1837-1937," and "A Piece of Her Soul." Visit her website at amyabbottwrites.com Read More
Advertisement