Dogs in Funeral Homes Offer Comfort for the Grieving

Mourners receive unconditional love from the animals, who often know who needs it most 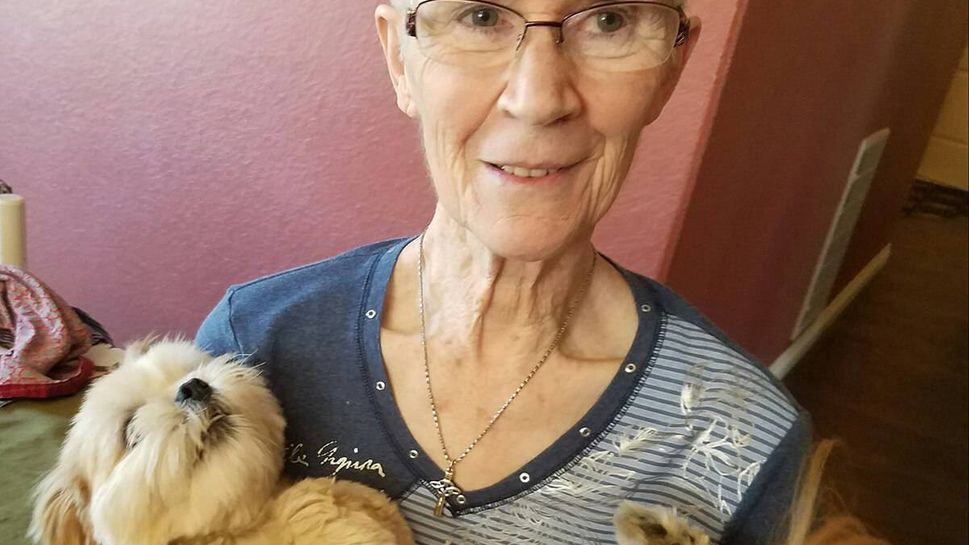 Marcy Johns, who was preparing for the funeral of her sister, holds Angel at Cornerstone Funeral Services in Boring, Ore. 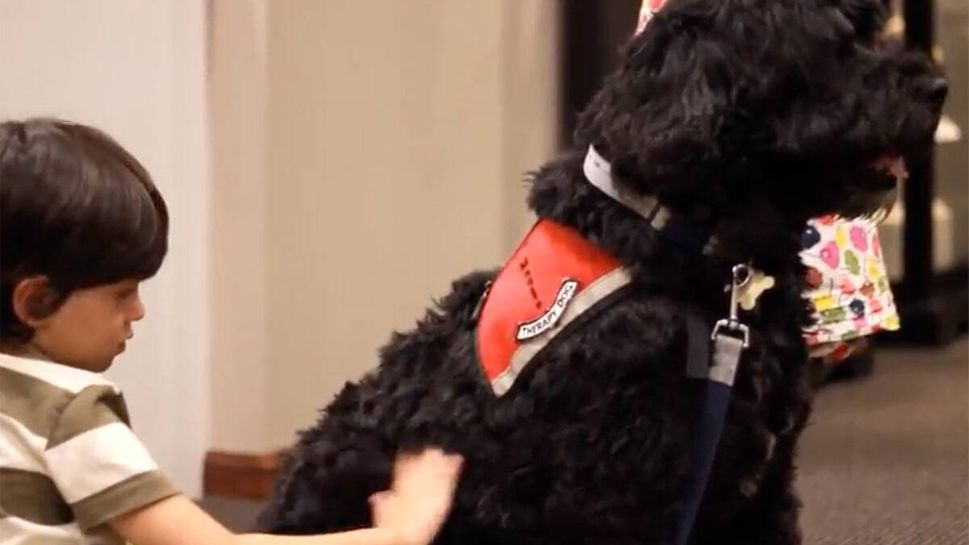 Magic, a Portuguese water dog and certified therapy animal, interacts with guests at DeJohn Funeral Homes and Crematory in Cleveland. He works with his buddy and fellow therapy animal, Coco. 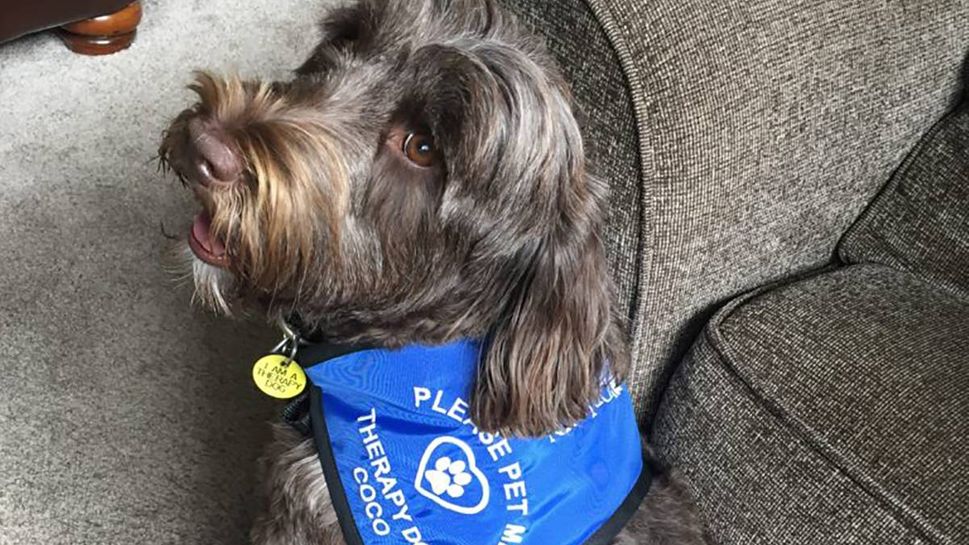 Coco, a Portuguese water dog, is a certified therapy dog at DeJohn Funeral Homes and Crematory in Cleveland. She works with her buddy and fellow therapy animal, Magic. 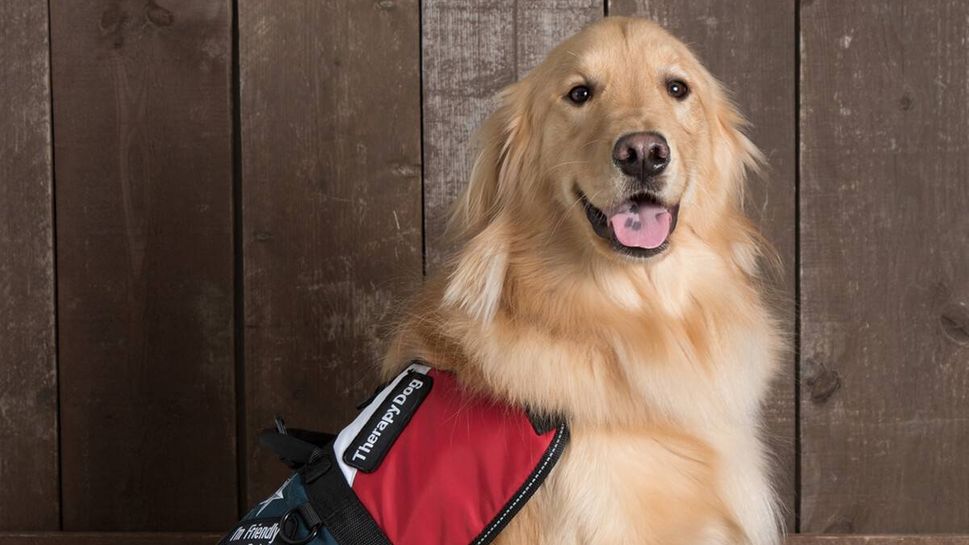 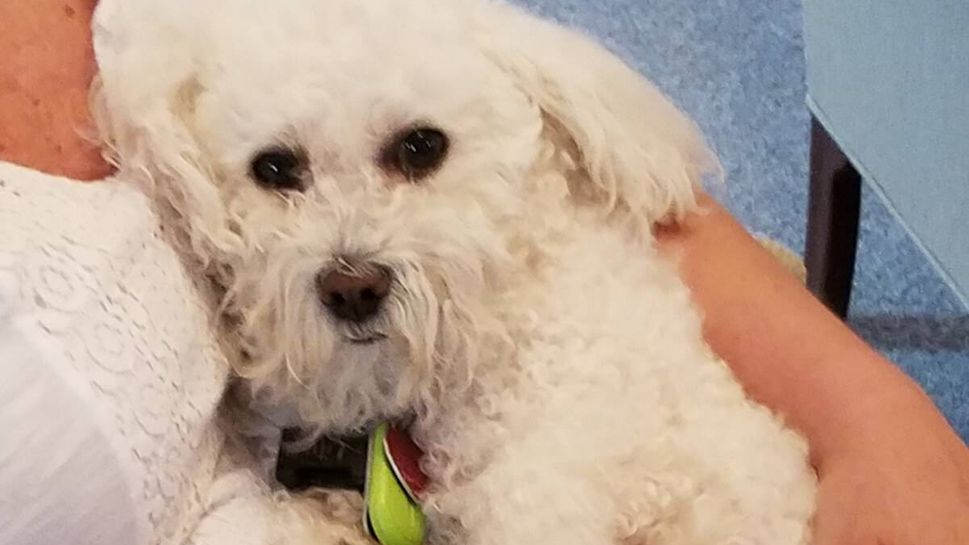 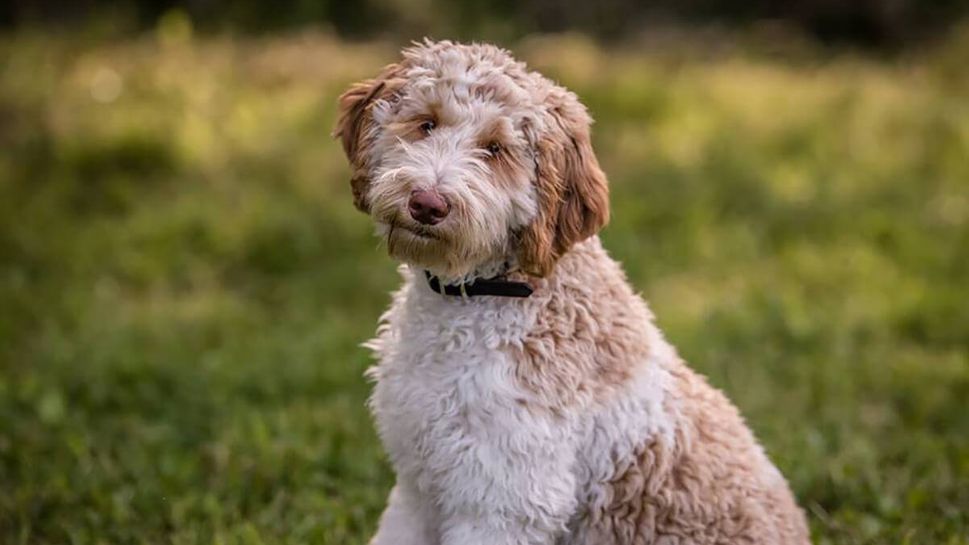 Charlie, a labradoodle, works at Hoff Celebration of Life Center in Winona, Minn. 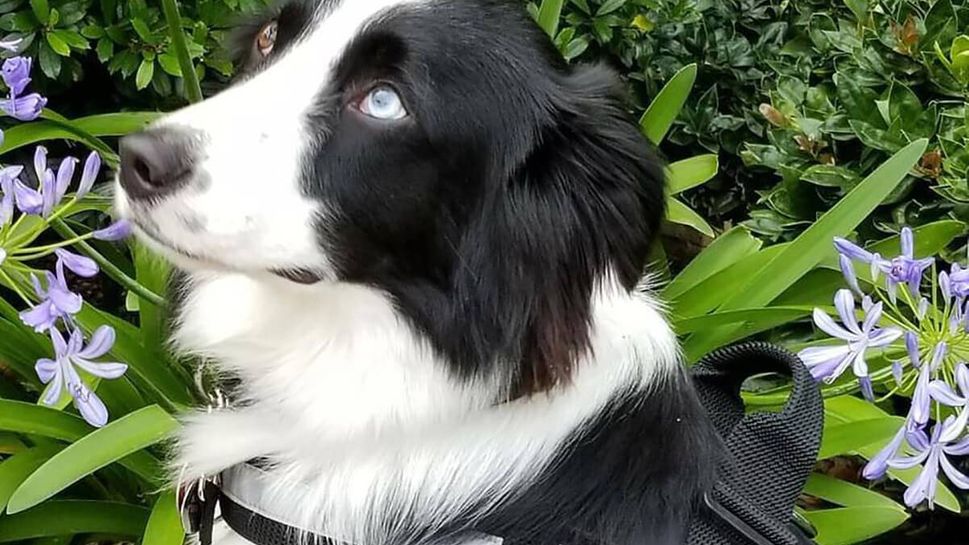 Kermit, a border collie, works with Affordable Burial and Cremation Services and TheModernMortician.com in Austin, Texas. 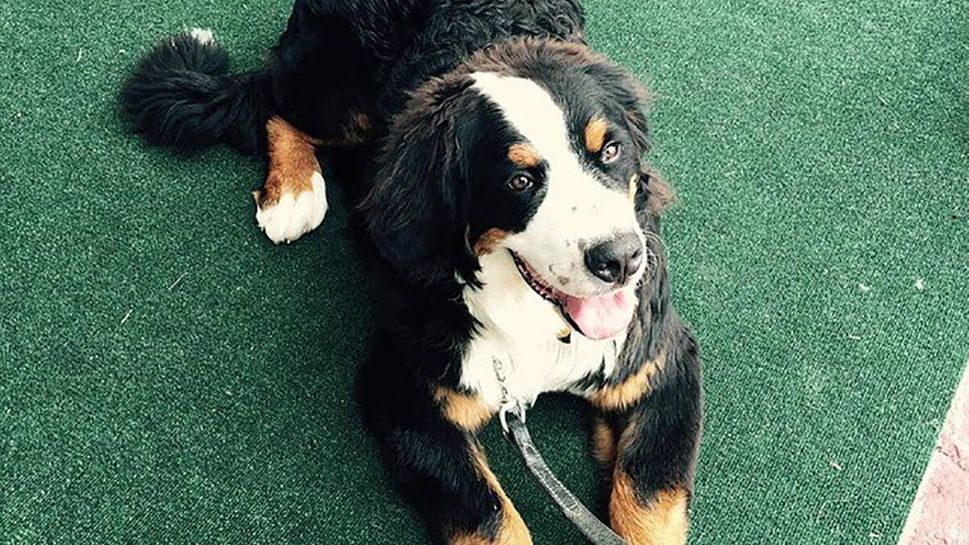 Dempsey works as an informal therapy dog at E.F. Boyd and Son Funeral Home and Crematory, in Cleveland and Warrensville Heights, Ohio. 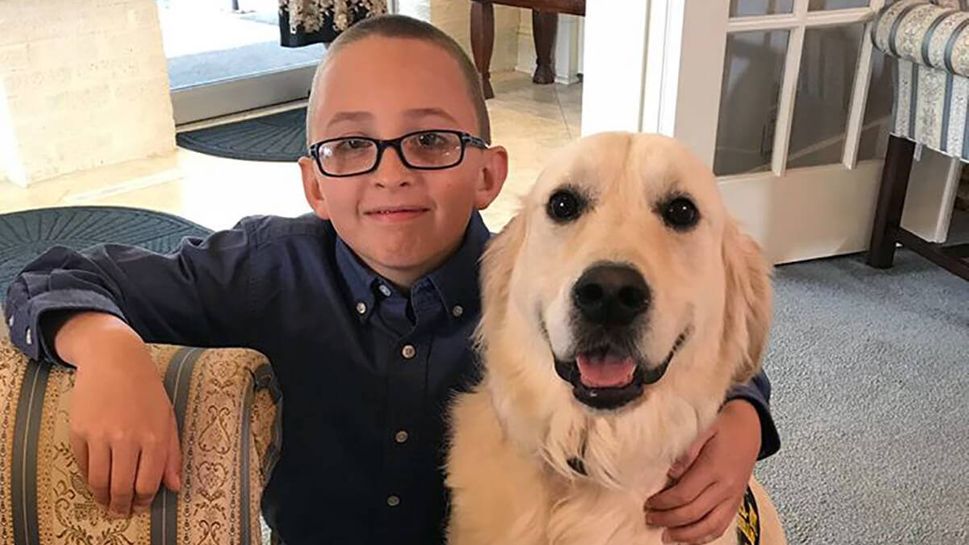 Judd, a therapy dog at Armes-Hunt Funeral Home in Fairmount, Ind., poses with a visitor. 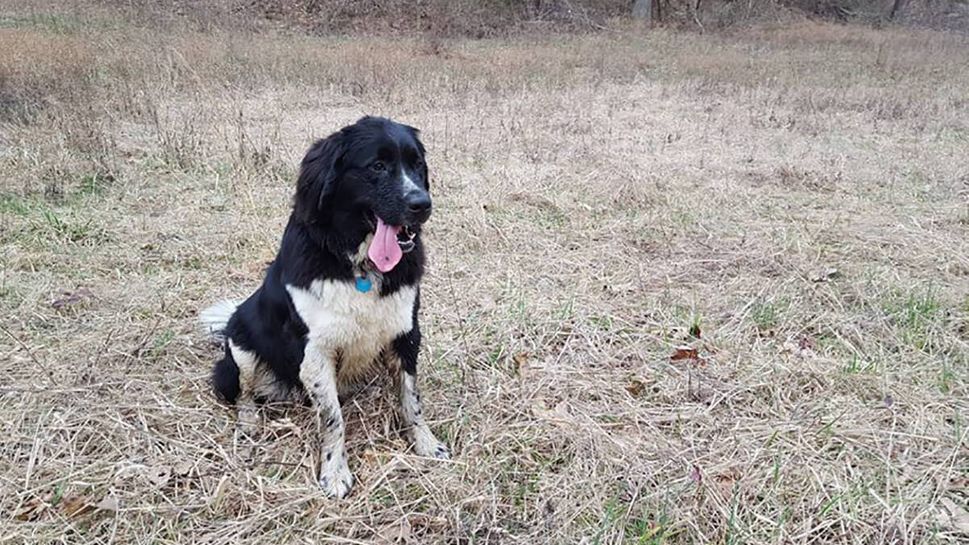 Luna, a therapy dog at Seaver Brown Funeral Service and Crematory in Marion, Va., gets some outside time. 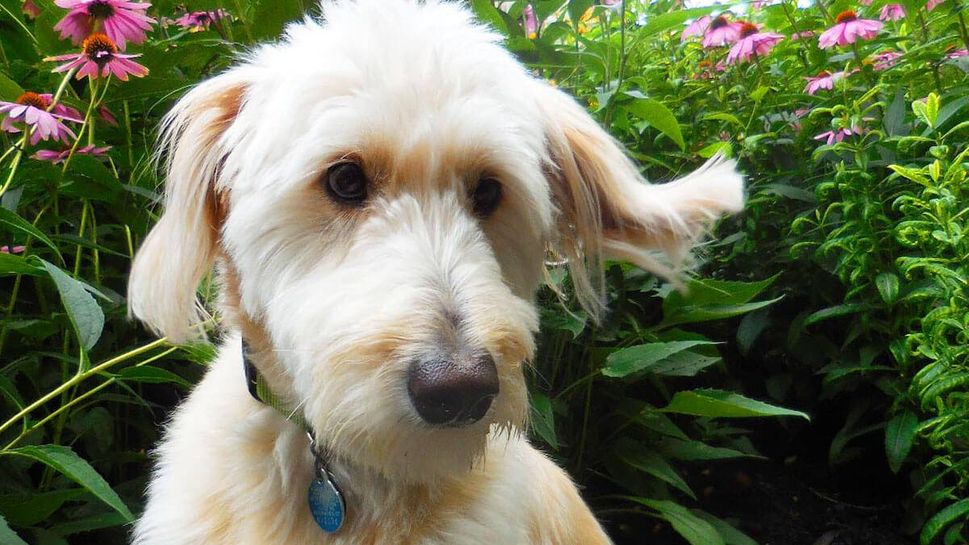 Rocky, a goldendoodle, works as a therapy dog at Bartolomeo and Perotto Funeral Home in Rochester, N.Y. 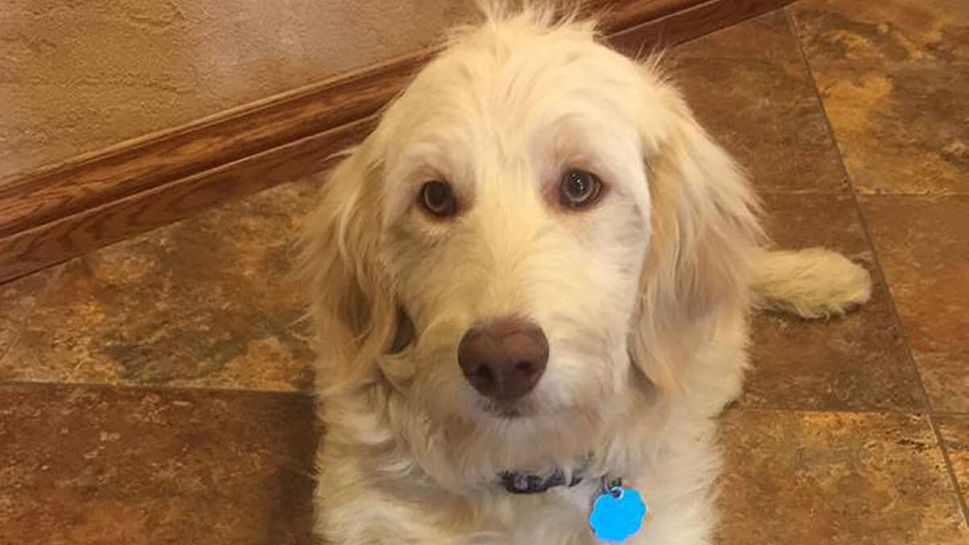 Jan Thomas wouldn’t have described herself as a “dog person” six months ago. But that was before she met an 8-year-old Lhasa apso named Angel at a most unlikely place, the funeral home that hosted her sister’s visitation and funeral.

For years, therapy dogs have been used to help in hospitals, nursing homes, hospices, schools and even at the site of disasters such as Ground Zero at the World Trade Center. Fournier and a growing number of funeral directors across the country also believe therapy dogs can help people in possibly their greatest time of distress: when they’re making arrangements after the death of a loved one. And the dogs have been greeted — often literally — with open arms.

Thomas, 52, said most of her family was prepared for the death of her sister, Tammi, 56, who had battled a long illness. But Jan Thomas’ 18-year-old son, Zachary, was close to his aunt and took the loss hard.

When Zachary, who has autism, was introduced to Angel, the small dog calmed him as he sat for nearly two hours petting and playing with her.

“When Elizabeth told me I could go in with Angel, I did,” Jan Thomas said. “When I went in the room with Angel, I felt more like I was with a friend next door. Elizabeth has a very casual setting with a homey feel and Angel really made a difference for me, she is such a quiet dog. There is definitely something to the calming effects.”

Indeed, many studies have proven that animals have not only a positive emotional effect on humans, but also physiological effects, including reducing blood pressure. And therapy dogs have also shown to have a calming effect on children with autism.

Fournier introduced Angel in the business as a puppy. “I had a baby and brought Sofia [the baby] to work with me,” said Fournier. “Sometimes people would come in and hold her, and when she got older and it was time to quit bringing her to work, people would still come in and ask for her. I realized something was needed to help people cope, so Angel took Sofia’s place.”

Kriss Kevorkian, a therapist who works in private practice in Gig Harbor, Wash., and is an adjunct professor at Walden University, said that it’s especially important for children to have such interaction at a difficult time.

“I’ve worked with kids in therapy who wanted to bring their own pet to funerals and they weren’t allowed,” said Kevorkian. “Animals give us so much unconditional love, as any of us are going through the process of grief, it gives us that extra sense of comfort.”

Michael Perotto has seen that same unconditional love from Rocky, a 2-year-old goldendoodle that he and his family raised to work at their business, Bartolomeo and Perotto Funeral Home in Rochester, N.Y.

When a family is gathered before a service, “he greets every single person,” Perotto said. “Somehow, some way, he can figure out who’s having the hardest time and then he’ll park with that person.”

Rocky is even trained to go with a mourner to the kneeler bench, put his paws on it and lower his head, as if in prayer.

Perotto said he watched one small boy approach the kneeler with Rocky to pray. “When I watched it, it was so moving and so powerful — it’s unreal,” he noted.

Easy to Relate To

Fournier said she has never had any complaints about Angel, but said she learned with Sofia to only include her in the meeting if people were receptive. “I would schedule appointments during Sofia’s nap times; I know everyone isn’t receptive to a baby in the office,” said Fournier. “With Angel, I leave her in the office and if people have an issue with her, she stays there.”

Fournier said Angel seems to also know when people need some comfort and instinctively keeps her distance if people aren’t receptive to her presence.

For Thomas, her only challenge now is the debate at home with Zachary about getting a dog. “We have the conversation almost daily,” said Thomas, laughing. “He really wants a dog.”

Kerri Fivecoat-Campbell is a full time freelance writer and author living in the Ozark Mountains. She is the founder and administrator for the public Facebook page, Years of Light: Living Large in Widowhood and a private Facebook group, Finding Myself After Losing My Spouse, dedicated to helping widows/widowers move forward. Read More
Advertisement