Dr. Vivek Murthy was the youngest U.S. Surgeon General in history when he was nominated by President Barack Obama at the age of 36. Now 43, he has plenty of insight into aging in America, after traveling the country and writing "Together: The Healing Power of Human Connection in a Sometimes Lonely World." And Murthy's very full calendar just got busier, he's now co-chairing President-elect Joe Biden's COVID-19 Advisory Board and has been nominated to return to his post as Surgeon General in the Biden administration.

As a physician and as Surgeon General, Murthy found that loneliness was a profound problem that can lead to public health concerns from addiction to depression, yet it was rarely discussed. The son of Indian immigrants, Murthy has spent much of the pandemic in a quarantine bubble with his extended family in Miami, and says the unexpected silver lining has been the opportunity to spend precious time with his loved ones.

Next Avenue: When you were researching your book, you obviously found that loneliness can be a phenomenon for everyone. Did you find that it manifested any differently in older adults?

And when you start to think about that broader context then you start to realize, gosh, I might actually know a lot of people who might be struggling with loneliness. It doesn't mean that everyone who is depressed is lonely, it doesn't mean that everyone who has anger issues is lonely. But I have found more often than not that loneliness is contributing to many of these feelings.

A couple of studies have found that older adults are actually in general doing better emotionally during the pandemic. Have you noticed any patterns since the pandemic, particularly as it applies to older people?

Among older people that I have spoken with, there are some groups that have gotten lonelier. People who were living in a nursing home, for example, and now can't have visitors near as readily or who were living apart from their kids and grandkids and now can't see them. It's very painful to them and it's heartbreaking.

There are others for whom it's taken a different path. I was talking to a grandparent in Wisconsin who made the decision with his daughter that they were going to bubble together in Madison. And she came from New York, she has a child as well. And now he has this amazing experience – every morning when his grandchild wakes up at five, it's his responsibility between five and seven, that's his shift. And he embraces it. And he's thriving during this pandemic because he says, gosh, I never would have had this time with my daughter and with my grandchild.

So I have found that those who are older who've been able to use the pandemic to bubble with people they care about, to focus their social interaction on the people who matter most to them, the quality of their lives in some ways has been improved.

You've talked about the difference between loneliness and isolation. Clearly most of us are more isolated, whether we're working from home or we're not interacting with people like we used to, which doesn't always correlate to loneliness. So even as you're isolated, what are the best strategies to avoid loneliness?

"I actually think we can use this opportunity to engineer a social revival in our lives and in society."

And that's really the key here. The difference between whether you feel lonely or not has to do with the quality of your connections. Can you show up as who you are? Can you be authentic and open with others? Do you feel that you're seen and understood and valued for who you are by those who are your friends?

You wrote this book before the pandemic, and I have seen people in your Twitter following saying how much this book has helped them. Was this your moment to release this book and try to reach people about something that's become even more prevalent now?'

I certainly didn't plan this, but I do think that there couldn't have been a more important time to talk about subjects like loneliness and isolation then right now, during this pandemic.

Even before the pandemic, we were struggling with a deep well of loneliness in the United States and in many countries across the world. But this pandemic has not only for many people deepened their experience of loneliness, but for many others who did not realize loneliness was such a big problem, it's opened their eyes to the fact that loneliness hurts. It's painful.

It doesn't mean that this pandemic has to lead us to incur a social recession marked by deepening loneliness. Instead, I actually think we can use this opportunity to engineer a social revival in our lives and in society.

And the way we can do that is actually fairly simple. We can do it by keeping aside fifteen minutes a day to reach out to people we care about.  It's a small amount of time, but because we are hardwired to connect, even that little bit of time when done consistently can serve as a lifeline to us, to the outside world.

The other thing we can do is to focus on improving the quality of time we spend with one another. And we do that by eliminating distraction, namely our devices.

And if we focus on that, on using this as a moment to step back and reassess where people and relationships fall in our priority list, if we use this as an opportunity to anchor our lives on a more people-centered approach, then I think we can come out of this pandemic even stronger and more deeply connected to each other than before COVID-19 arrived.

Two Questions for Our Influencers

If you could change one thing about aging in America, what would it be?

I wish more people had community as they aged, because one of the toughest things about not just getting older, but about living life in the modern world, is isolation and a sense of loneliness. So if we could all age with a community, that would make a tremendous difference in the quality of life that we all experienced toward the later stages of life.

How has the COVID-19 pandemic changed your perspective on aging?

This pandemic has made me realize that there is something very powerful about simply being physically present with the people that we care about. And when we give ourselves unstructured time to be present with people we care about, especially our elders, it allows for those moments where unexpected conversations take place, where reflections are shared, when we can have the kind of conversations that make us feel like we're really connecting. 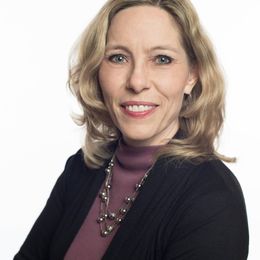 Laura McCallum is the former Health and Caregiving Editor for Next Avenue. She is a longtime journalist who worked at MPR News for nearly 27 years. Read More
Advertisement