Drone Ambulances to the Rescue

How innovative technology is serving needs in rural health emergencies

By Jeanette Beebe and The John A. Hartford Foundation
|
October 16, 2018
Share

(Editor’s note: This story is part of a special report for The John A. Hartford Foundation.)

Remoteness is what makes family worry about us. It's true at any age — from a daughter who sets off on a weekend hike into the deep woods to a couple who chooses to age in place in the country with only deer, songbirds and cicadas to keep them company.

Where Drone Technology Comes In

A Mississippi-based team of doctors is working on a telemedicine technology that could get emergency care to rural areas faster. It's an aerial ambulance: a drone named HiRO, which stands for Health Integrated Rescue Operations. The team is working on how to make the drone simpler and easier to use — easy enough so that people with no medical knowledge can use it, even when they're in the middle of a crisis situation.

"The inspiration for using drone-based technology [were] individuals [who] could not reach or communicate with their frail, elderly loved ones due to downed power lines and trees," said Italo Subbarao, an emergency medicine specialist who came up with the idea for HiRO after a severe tornado hit Hattiesburg, Miss. "First responders saw the messages and responded appropriately, but it took time."

With the potential to integrate into local emergency 911 systems, each drone carries a medical kit that, when opened on the ground, can help bystanders — family members, neighbors or even you — provide simple medical care until emergency help arrives.

In addition to medicine and supplies stored in small bins that can be unlocked remotely, the drone's medical kit contains an augmented reality interface that acts as a direct link to a remote, on-call doctor. Once you put the googles on, the doctor can see what you see and help provide medical care.

"We have designed many drone and telemedical package prototypes in the past four years," said Guy Paul Cooper, Jr., who developed the drone with Subbarao as a medical student at William Carey University College of Osteopathic Medicine.

Cooper and Subbarao say the kits can vary from two to 20 pounds, depending on their purpose. The heaviest kits are meant for mass-casualty events (bioterrorism, mass shootings) and disasters that displace or endanger many people (earthquakes, hurricanes). Smaller kits are more appropriate for search-and-rescue missions in remote areas, including wilderness emergencies.

One video posted by the team depicts the HiRO drone rescuing a man who has a heart attack in a rural area. The drone drops a small case that contains a cardiac kit, which includes an AED, ECG, a blood pressure cuff and more. Another video shows a drone dropping off a small kit in the deep woods where a man collapsed. The drones respond to whatever emergency comes to the 911 dispatcher.

"We know this technology will save lives," Cooper said.

In February, Subbarao and Cooper tested the technology at PATRIOT South, a federal disaster exercise led by the Air and Army National Guard. The three-day crisis simulation gathered around 1,000 personnel from over a dozen states at two sites in Mississippi: Camp Shelby and a combat training center in Gulfport.

This year's exercise simulated one big, catastrophic disaster: a 7.7 magnitude earthquake that struck a town in Arkansas. Ripple effects were felt as far as Perry County, Miss. All of the units — from local law enforcement to military personnel — were responsible for responding as if the earthquake were a real disaster.

Supporting first responders on the ground, the HiRO team showed how the telemedical drone could successfully deliver first-aid supplies and help care for stranded and injured people. Subbarao and Cooper demonstrated how the drone could quickly fly over the rubble, helping doctors remotely connect to victims faster.

At PATRIOT South, the team tested a kit designed for a medic who could give fluids and blood to patients who couldn't be transported out immediately. This new, advanced kit differs from HiRO's original medical kit, which is geared toward average bystanders.

MEMA's hope is to embed medical drones in up to nine regions of the state. If that happened, every person in Mississippi would be within two hours of a medical drone, no matter their location. 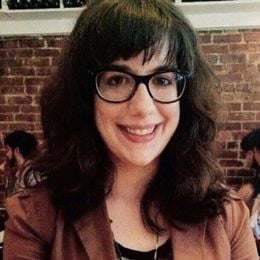 Jeanette Beebe is an independent, data-driven journalist who covers public health, science, and technology. She supported The COVID Tracking Project at The Atlantic as a reporter and editorial/comms team member for a year, soon after its launch in March 2020. Her reporting has appeared in TIME, The Daily Beast, Scientific American, Consumer Reports, Fast Company and elsewhere. She also works as an audio storyteller, from reporting for NPR/WHYY to producing for Darknet Diaries, a cybercrime podcast. Her work as a freelance recordist/producer has been broadcast by the BBC, Gimlet Media and NPR/ProPublica’s “Lost Mothers” series, which was a finalist for the Pulitzer Prize for Explanatory Reporting. She holds an A.B. in English from Princeton, and she writes a daily newsletter for the Center for Cooperative Media. www.jeanettebeebe.com.
Read More