Restorative Justice: Can It Heal the Harm of Elder Financial Abuse?

For years, those of us in the field of elder abuse prevention have pushed for law enforcement to take financial elder abuse more seriously, pointing out the economic and emotional devastation it often wreaks. Victims have lost homes and savings, gone into debt or even been implicated in crimes committed against them.

Yet, despite the heavy toll, The New York State Elder Abuse Prevalence Study in 2011 found that only 1 in 44 cases of financial abuse is reported to authorities; far fewer cases are investigated or prosecuted.

Elder financial abuse victims and advocates may question whether it's worth the bother and expense to pursue legal action.

This isn't too surprising, considering that financial abuse cases are notoriously hard to investigate and prove.

Key evidence is often in the hands of abusers or financial institutions. Shame and the fear of making matters worse keep many elder financial victims from reporting the crimes. Cases can also raise thorny questions about mental capacity — did Mom, in the early stages of dementia, really understand what she was doing when she agreed to transfer the title of the family home?

Elder financial abuse victims and advocates may question whether it's worth the bother and expense to pursue legal action.

Practical considerations like these are not the only barriers to filing charges. When abuse is by family members, which is often the case, it may be complicated by family allegiances or cultural expectations.

Over the nearly 40 years I've worked in the field, I've heard countless professionals lament that their clients want to stop the abuse, but not if it means reporting family members to authorities.

When grown sons or daughters help themself to a cash-strapped elder's medications, fridge or pensions — conduct likely to be labeled as theft by outsiders — it may be viewed by the victims themselves as overstepping boundaries or disrespect. The elder abuse is often deemed something best handled within the family.

Distrust of judicial institutions is also a factor preventing the reporting of elder financial abuse.

As my colleague Vivianne Mkabu, a senior staff attorney at Justice Aging wrote in her article "The Role of Elder Justice in Our National Racial Justice Reckoning" on Next Avenue: "Imagine a Black older adult who is 80 years old. They have lived through Jim Crow-era laws, the civil rights movement, and now our current racial justice movement… Now if they are facing elder abuse and are reluctant to report it to the police or Adult Protective Services, in light of everything they have seen in their lifetimes, their behavior seems quite logical."

It is perhaps these realities that account for today's rising interest in what's known as restorative justice.

Variously labeled as a set of practices, a framework of principles and values and a social movement, restorative justice rejects adversarial and polarizing approaches.

There are multiple variations. "Peacemaking circles" bring people who are directly impacted by crimes or conflicts together with members of their families, social network and communities. Through facilitated discussion, using "talking pieces" passed from speaker to speaker to prevent interruptions or conflicts from escalating, members come to fully understand the harm that's been done and come up with ways to repair it.

Restorative justice facilitators meet with family members in advance to help them prepare or use shuttle diplomacy between those who aren't ready to meet face to face.

How Restorative Interventions Are Done

Alternatively, "family conferences" bring together family members with their supporters and service providers, but then leave the families alone to decide for themselves what they want to do.

Victim/offender reconciliation or mediation gives victims the chance to meet with offenders in safe spaces to describe how they've been affected, ask questions and voice what they want to happen. Offenders are also given the opportunity to tell their stories and make things right — to the extent possible.

Restorative interventions can be led by volunteers or professionals in community settings or within the justice system. In the latter, courts can order restorative interventions as pretrial diversions: an alternative to prosecution that "diverts" offenders into programs providing supervision, services or both or sometimes as a condition of probation.

Although restorative justice draws on ancient indigenous traditions, the modern version dates to the 1970s, when it was introduced into child welfare programs, women's groups, schools, the criminal justice system, jails and other settings.

A Restorative Justice Approach to Elder Abuse, a pilot project launched in 2000 by the Community Care Access Centre of Waterloo, Ontario, was among the first efforts to use it in elder abuse.

It wasn't until nearly two decades later that the approach for elder abuse really started gaining traction in the U.S. when, in 2020, the Syracuse University College of Law hosted an international symposium for thought leaders, researchers and practitioners.

To test the waters before the event, the planners surveyed elder abuse professionals. While some conceded that the traditional interventions typically used to prevent abuse often end up separating families, many found the prospect of changing course overwhelming. Some doubted that perpetrators would take responsibility for their actions or only agree to do so to avoid the consequences and renege on commitments.

The pandemic has placed enormous strains on families, pitted people against each other for resources, exposed glaring disparities and incited deep distrust in public institutions.

I attribute the interest, at least in part, to the pandemic, which has placed enormous strains on families, pitted people against each other for resources, exposed glaring disparities and incited deep distrust in public institutions.

With feelings raw and distrust high, the need for restorative processes that address the human emotions and needs associated with elder abuse are particularly great.

Bringing restorative justice to elder financial abuse means more than simply adding another tool to the toolbox, though. It requires ensuring that our response systems are fair, equitable and inclusive.

It also means giving greater attention to restitution, recovering assets and property, restoring financial security and preventing abuse from occurring in the first place by helping families resolve conflicts over caregiving and estate plans that often underlie abuse or lead to guardianship.

But most importantly, we need to consider how to adopt restorative approaches without undermining the progress that has been made in illuminating the injury and harm caused by financial crimes and exploitation. 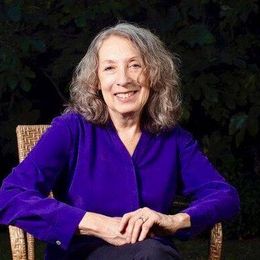 Lisa Nerenberg is the executive director of the California Elder Justice Coalition. She has worked in the field of aging and elder abuse protection for nearly 40 years as the founding director of the San Francisco Consortium for Elder Abuse Prevention and is author of "Elder Justice, Ageism and Elder Abuse." Read More
Advertisement