By Denise Logeland and SCAN Foundation
|
May 26, 2017
|
Caregiving
Share 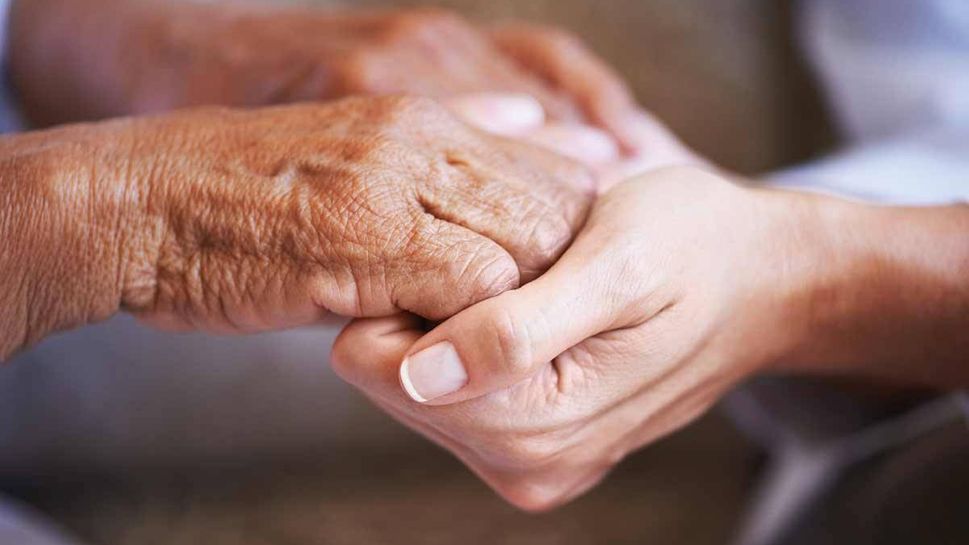 Last year, the Economist and the Kaiser Family Foundation surveyed more than 1,000 people in four countries — the United States, Japan, Brazil and Italy — about their attitudes toward aging and end-of-life care. The cultural differences and similarities might surprise you. 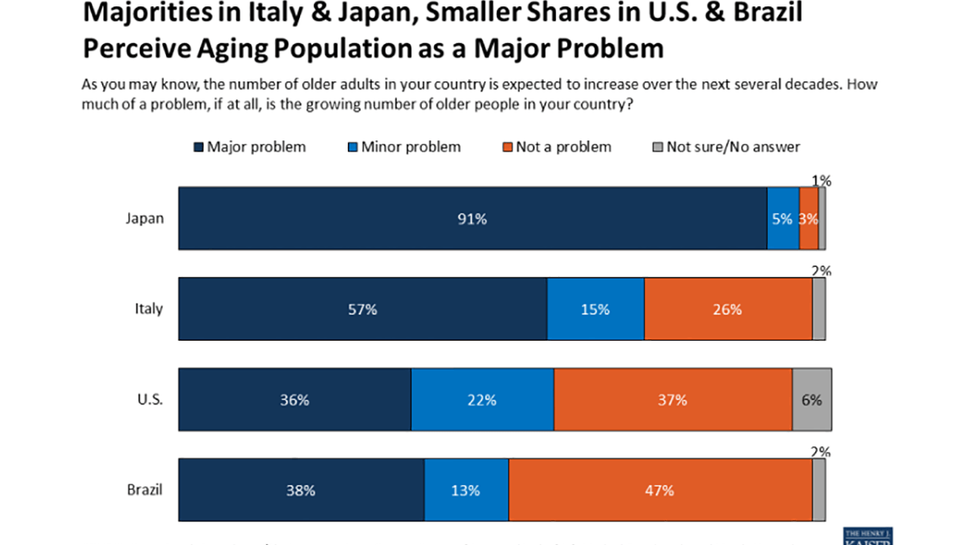 Is an aging country a major problem?

In the U.S., we’re mostly not worried about the coming increase in the percentage of older adults in our population: the share who are 65 or older will rise from 15 percent in 2015 to 24 percent by 2060. But in Japan, which is the world’s “oldest country” with 27 percent of its people already 65 or older, perceptions are more negative: 91 percent of those surveyed call their aging population a major problem. 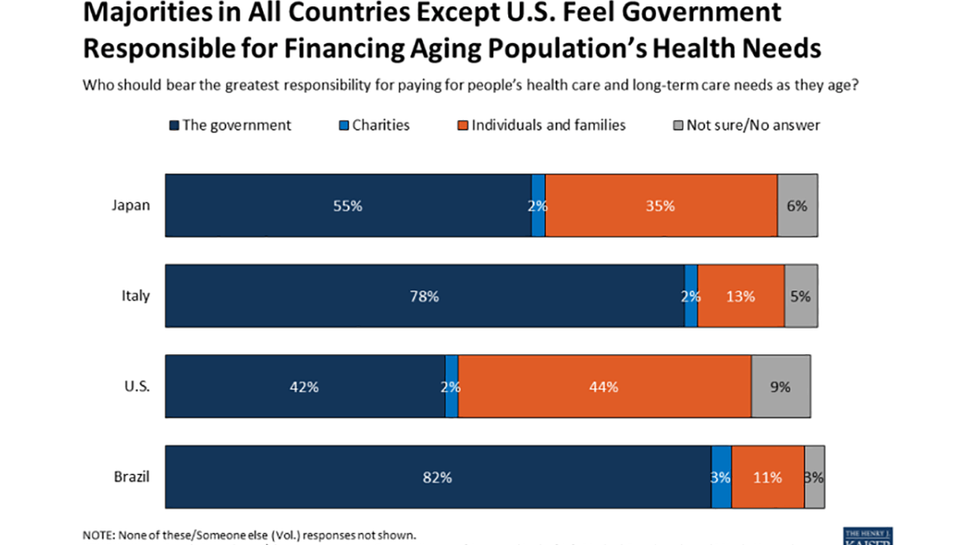 Who should pay for long-term care and late life health care?

The U.S. has the highest percentage of people who believe families should bear the primary responsibility for these costs. In other countries, more people believe the government should play a primarily role in paying. 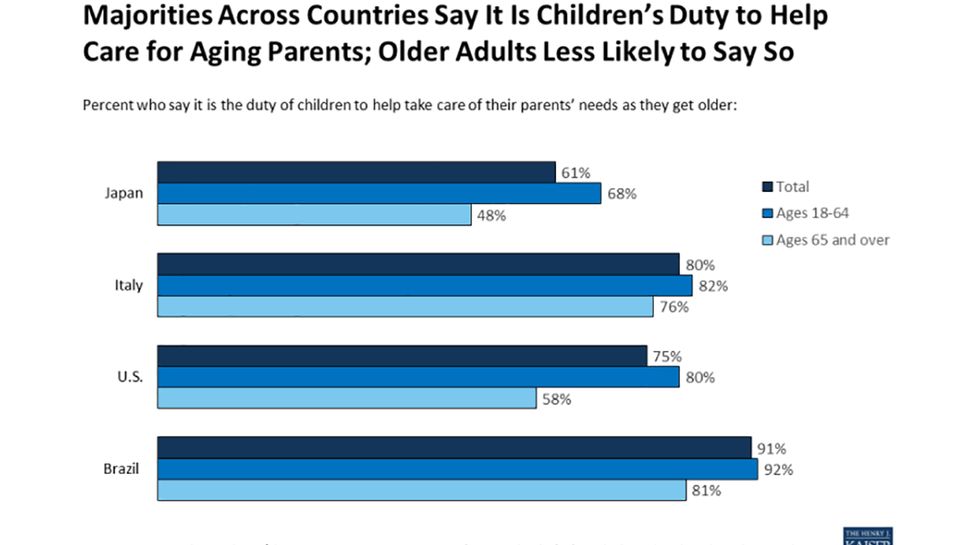 More young than old believe that children have a duty to care for parents.

A majority in all four countries believes it’s the duty of children to care for their aging parents. In each case, however, that belief is more prevalent among people 64 and younger than it is among people 65 and older. The difference between the two age groups is largest in the U.S.: 22 percentage points. 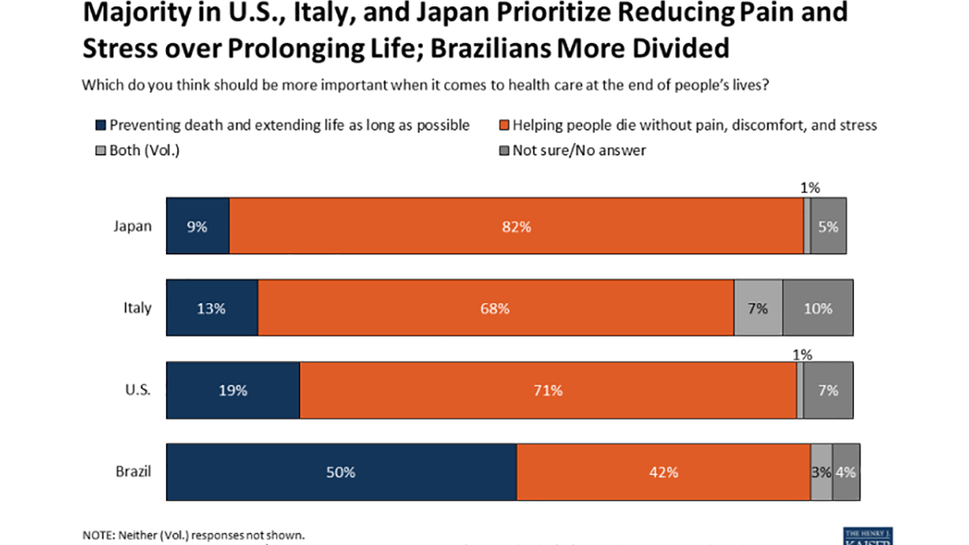 Is it more important to prolong life or to reduce pain? 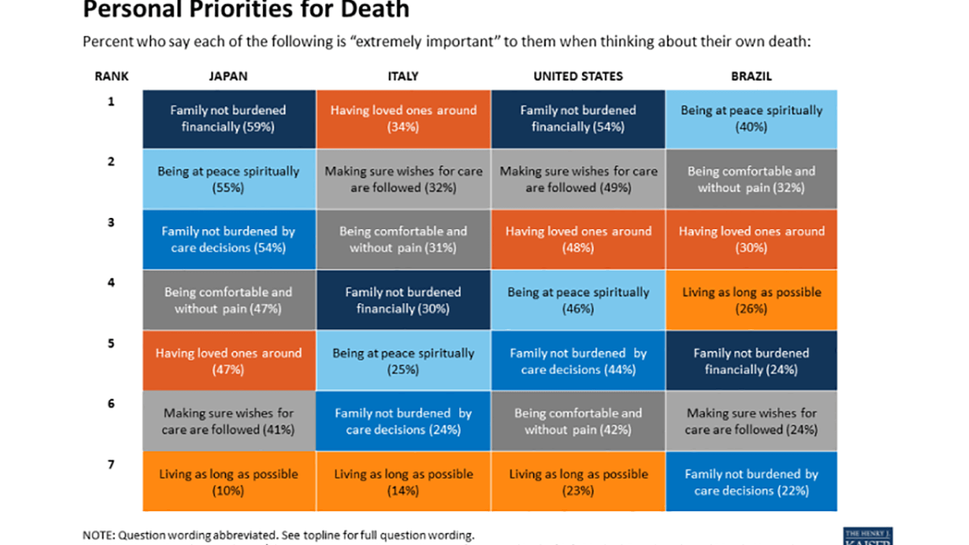 These priorities rank highest at the end of life.

What matters most at the end of life is highly individual. Still, cultural patterns emerged. Researchers noted that in the two countries where health care tends to be most expensive, the U.S. and Japan, making sure that family is not burdened financially ranked at the top. 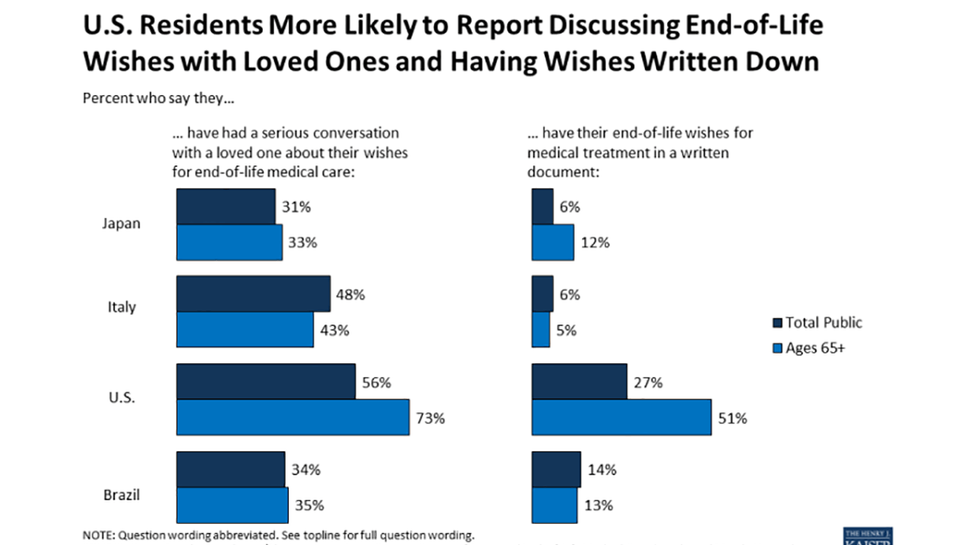 How many have written down their end-of-life health care preferences?

Procrastinating about making end-of-life health care decisions and communicating them to others is common. But the U.S. actually has the highest percentage of people who’ve made their wishes known. About a quarter of people in this country — and about half of those over 65 — say they’ve put into writing their decisions about the medical interventions they do and don’t want at their end of their lives.

Denise Logeland is a writer and editor in Minneapolis who has covered business, health and health care. She is the author of Next Avenue's ebook, 10 Things Every Family Should Know: Aging With Dignity and Independence. Read More
By SCAN Foundation
Advertisement