Starting a Faith-Based Way to Age in Place

Members of two synagogues help each other in ChaiVillageLA

How many people does it take to take down a sukkah (a temporary shelter to celebrate the Jewish harvest festival of Sukkot)? With apologies to Hillary Clinton, it takes a Village. More specifically, the ChaiVillageLA — that’s the first synagogue-based Village in the country to help people age in place, recently started by Temple Emanuel of Beverly Hills (where I’m Rabbi Emerita) and Temple Isaiah in Los Angeles.

Helping Each Other for a Holiday

Sukkot is the week-long holiday where many Jews (myself and my husband, Rich, included) build a sukkah in their backyard to celebrate. We eat all our meals in it and invite guests to celebrate with us. A sukkah is generally pretty easy to assemble and to take down; now that our children are grown and gone, Rich usually does it himself, with me cutting out paper chains to decorate. But this year, Rich was scheduled to have surgery in the middle of Sukkot and knew he wouldn’t be able to take it down. So he didn’t think we should build one or celebrate with our friends as we always do.

But we built the sukkah anyway because shortly after Sukkot, I knew I could ask some members of ChaiVillageLA who walk around a local park together once a week, to walk over to our house and help take it down.

ChaiVillageLA and The Village Movement

ChaiVillageLA, which began in July 2016, is the answer to a need that emerged out of conversations with more than 250 Temple Emanuel of Beverly Hills members over 55. We asked people how they felt about this next stage of their lives (the stage between building their careers and families and frail old age), what concerns kept them up at night and what interests got them up in the morning. Three primary fears emerged: Becoming invisible, becoming isolated and becoming dependent. Most expressed the desire to age in place, but realized that, to do that, they would need to create the social capital that could enrich their lives and negotiate the needs that would become more acute as they grew older. Our research led us to the Village Movement.

The Village Movement began 15 years ago in the Boston neighborhood of Beacon Hill when some residents there got together to figure out how they could age in the homes they loved. Now there are over 200 Villages around the country where people who live within its boundaries join together, usually paying membership fees and often hiring professional staff to help the volunteers. There are another 200 in formation and a national movement called Village to Village Network, with an annual conference, a website and software tools to make organizing a Village easier.

ChaiVillageLA came about when two Reform synagogues about four miles from each other with roughly 900 families apiece spent a year planning, identifying leaders, clarifying goals and missions and articulating the Jewish values that underlie our community. We drew a wide circle around a geographical area where there is a significant overlap of members of both synagogues. Within our “virtual” village, there are more than 1,000 congregants over age 60. (ChaiVillageLA is supported by a generous Cutting Edge Grant from the Jewish Community Foundation of Los Angeles.)

How Members Help Each Other Age in Place

Members of ChaiVillageLA must belong to one of the two synagogues, pay a $100 membership fee ($150 for a household) and commit to providing at least four hours a month of service to the Village community.

That “service” could be responding to the needs of another member, such as bringing food when someone is sick, driving a Villager to the doctor or feeding a cat when the owner is on vacation. Or “service” could be something more regular, such as calling a homebound ChaiVillageLA member weekly. Or it could be helping a member learn how to “Facetime” with a grandchild. “Service” can also be organizing a program (like a backyard gardening group or an art salon series), helping out in the ChaiVillageLA office or volunteering at one of the synagogues. People access the programs and services on our website or call the director directly to request a service.

Why So Many People Joined

We thought people would join because they would want to get or give “services.” We discovered instead that people really want social connections — that those are the antidote to the fears of becoming invisible and isolated.

The Village has already been a huge win for our synagogues. People are joining one of the temples in order to become members of the Village. Young people from the synagogues are volunteering with Village members. And we are strengthening our synagogues by reengaging boomers and those slightly beyond — people with skills, energy, experience, wisdom, resources and discretionary time that will make a difference.

We are creating something that is both very old and surprisingly new: an intergenerational community that will enhance our lives and be there for each other. A “minyan” of people who will be there for us when we need support because, although we don’t want to be dependent, we know none of us are, or ever were, independent. We are interdependent.

We already have 195 members, aged 60 to 90+. And we’re growing faster than we anticipated. We are just beginning to reflect on how big our Village should be; whether to invite additional synagogues to join and the possibility of facilitating a new “spoke” in other parts of Los Angeles.

I am 66. Like so many other boomers, I am asking: What do I need to do now to create the community I will need when I am in my 80s? How are we going to change the ways we live not only to bring more meaning and purpose to our lives, but also to make a difference in our community and even in the larger world?

It will definitely take a Village — one that’s part of a national movement of Villages.

A Rabbi Helps Lead Boomers to Their Next Stage

How Will The Villages Age With Their Members 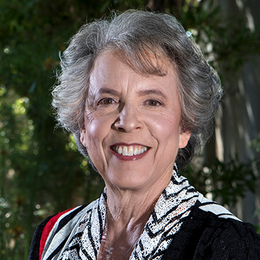 Rabbi Laura Geller, a Next Avenue Influencer In Aging, is Rabbi Emerita of Temple Emanuel of Beverly Hills, Calif., co-founder of ChaiVillageLA and co-author with her late husband Richard Siegel of the award-winning book "Getting Good at Getting Older." Read More
Advertisement