A Financial Adviser Responds to Angry Readers About Happiness in Retirement

His survey found the happiest retirees had at least $500,000 in liquid assets. That didn't sit well.

A recent Next Avenue article and "Friends Talk Money" podcast episode shared one of the principles from my new book "What the Happiest Retirees Know: 10 Habits for a Healthy, Secure, and Joyful Life." Specifically, they highlighted my discovery that the happiest retirees generally have at least $500,000 in liquid assets — money in things that can be sold quickly and easily such as checking accounts, stocks, bonds and mutual funds.

Some Next Avenue readers took issue with this, emphatically, on the Next Avenue Facebook page. So, I'd like to explain what I meant.

Judging by some of the Facebook comments, quite a few people felt $500,000 was too lofty a goal.

This $500,000 inflection point is an amalgamation of my extensive surveys of retirees and near-retirees. It also relates to my 1,000-Bucks-a-Month Rule, which stipulates that for every $1,000 in monthly income you want in retirement, you need to have saved $240,000.

What Next Avenue Readers Said

Judging by some of the Facebook comments, quite a few people felt $500,000 was too lofty a goal.

Juliet posted (I presume sarcastically): "Terrific advice: Just get hold of half a million if you want to be happy."

Delores was defiantly confident: "I surely intend to find happiness in retired life without having $500,000 at my fingertips…Jeez."

Rather than disagree, I want to use this as an opportunity to tell Juliet, Mary, and Delores that I hear what they are saying. I know it's not easy to save $500,000. Roughly half of all U.S. workers and 36% of retirees have less than $10,000 in household savings and investments, according to the Employee Benefit Research Institute. But I do believe $500,000 is more attainable than some people think.

The first step toward reaching this goal is to create a pre-retirement budget.

For three months, be very intentional about tracking your spending. I recommend what I call the TSL (Taxes, Savings, Life) budget. With this technique, approximately 30% of your income is allocated for taxes, 20% for savings and investments and 50% for life (all the necessities and fun!).

To get this number, first calculate your total monthly income. If you're still working and looking for the ratio you'll likely have during retirement, use projected values. Remember to consider all possible retirement income streams — paychecks from part-time work, Social Security, any pension benefits, rental income, miscellaneous sources and the amount your investments should produce. Make sure to adjust this number for taxes, so you have "net income."

Next, calculate your needs using your projected monthly retirement budget. With these two numbers, your equation looks like this: Have ÷ Need = Rich Ratio. A Rich Ratio greater than 1 is fantastic. Anything under that means there's room for improvement.

Conversely, if Jeff Bezos generates $80 million per month (after taxes) and needs $160 million to pay his bills, his Rich Ratio would be 0.5. Yikes! Forget joyriding through space, he might not even be able to afford an Amazon Prime membership.

Another useful method is my Fill the Gap (FTG) strategy. Here, you figure out your income and your monthly spending to find your gap. Then, use the1,000-Bucks-a-Month Rule to fill that gap.

How Much Will You Need?

While $500,000 is a great number to have in retirement, its importance really depends on how much you'll need. For instance, if you're able to continue working part-time in retirement, you won't need as much saved before you get there.

Think of money as a river, not a reservoir. The more tributaries, the stronger the flow.

The happiest retirees, according to my surveys, find a way to make part-time work an additional income stream and an activity they're passionate about.

Think of money as a river, not a reservoir. The more tributaries, the stronger the flow.

In the same article and podcast that got me in trouble, financial adviser and author Tony Hixon told Next Avenue Managing Editor Richard Eisenberg that retirement is not just about checking quantitative boxes. It's also, he said, about "ensuring not only that they (retirees) have enough money to sleep at night, but enough purpose to get up in the morning."

I agree. In my surveys and book, I note that the happiest retirees have a number of things beyond $500,000 or more in liquid assets: core pursuits (hobbies on steroids), a healthy marriage (if they're married), faith, a commitment to charity, social connections, good physical health, smart housing decisions, a calm investor behavior and smart spending habits. All of these create the purpose Hixon talks about.

Spoiler alert, no one is going to check every box in retirement. I agree with Tony Hixon that the ultimate goal is happiness. I'm just saying that the less money you have, the harder you might have to work to get there.

The vast majority of the happiest retirees I studied don't have millions upon millions in retirement savings. But they were still able to stop working full-time and live joyful, fulfilling lives. I hope you can, too.

If you haven't yet begun saving, don't let it get you down. There's no time like the present, so even if you start small, just start. That's how healthy retirement accounts are built – with time, patience, and intention.

Disclosure: This information in this article is strictly an opinion and provided for informational purposes. It is not to be viewed as investment advice or recommendations. Always consult your own legal, tax, or investment adviser before making any investment/tax/estate/financial planning considerations or decisions. 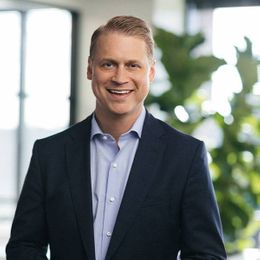 Wes Moss is a Certified Financial Planner and author of "What the Happiest Retirees Know; 10 Habits for a Healthy, Secure, and Joyful Life." He is a managing partner and chief investment strategist for Capital Investment Advisors in Atlanta. Read More
Advertisement