For My Mother and Me, Cooking was Complicated

My mom's aspirations to be a perfect homemaker didn't match mine, but I've grown to appreciate what she taught me

Now that she's been dead 10 years, my mother and I are finally starting to get along. She accompanies me on my trips to the supermarket. I sense her hovering nearby while I inspect the produce carefully, exactly as she taught. She hangs out with me in the kitchen, too.

I chop vegetables while she issues orders: She's still bossy, but I no longer mind. Maybe it's because I'm relaxed and sipping a cocktail — her favorite — a crisp gin martini straight up with a twist. It reminds me of the times when she would occasionally let me, a young teenager, take a tiny sip of her bracing pre-dinner drink.

"That will put hair on your chest," she would say, though of course it never did. It did something much more important: It made me feel like a grownup.

A Reverence for French Cuisine

My mother revered French cuisine, like so many people in the 1970s who saw themselves as sophisticated, adventurous eaters. In restaurants, there was nothing she was too timid to try: She ordered snails and frog legs, while I … did not.

Although she was brave in the kitchen and at the dinner table, she was often ruled by fear.

"Don't you want to try some?" she would say, gesturing at the frog legs: cuisses de grenouille. "They taste just like chicken," she cooed, nudging the dish towards me. I already had something that tasted just like chicken on my plate — actual chicken — so I always shook my head no. Still, I was proud to have a mother who could seem fearless.

I don't want to give the wrong impression: Although she was brave in the kitchen and at the dinner table, she was often ruled by fear. She worried all the time about what others would think of her. She came from a working-class family, and her parents, neither of whom had finished high school, had divorced in 1947, a time when almost no one's parents divorced. She was seven when her mother left.

When she married my father, a doctor with a Harvard degree, she worried that others in his social circle would feel that she didn't belong. And so, she strove to be the perfect middle-class wife.

Aspirations to be a Great Cook

She had never had the opportunity to see her mother cook or entertain, so she trained herself by following recipes, reading lifestyle magazines and watching cooking shows on TV.

While she was busy poring over cookbooks and studying the New York Times' Wednesday food section, my friends' mothers were off getting paying jobs or going to grad school.

When she first tried to prepare a meal for my father when they were dating, she wanted him to believe she was completely at ease in the kitchen, so she pretended she knew how to light the oven's pilot light. The universe punished her for this deception with a blast of heat so intense that singed her eyebrows. My father didn't mind: They married shortly afterwards. And she penciled in her eyebrows until they eventually grew back.

She aspired to be a great cook, but she longed for more than that — she also wanted everyone to see her as the perfect mother. Having grown up in the 1950s with the shame of coming from what used to be called a "broken" home, she insisted on succeeding where my grandmother had failed.

Unfortunately, by the time I became an adolescent, her overbearing parenting style led to nothing but arguments between us, and plenty of slammed doors. I was doomed to repeat the generational pattern of striving to be the precise opposite of my mother.

I understood that my mother wasn't a hip, modern mom. While she was busy poring over cookbooks and studying the New York Times' Wednesday food section, my friends' mothers were off getting paying jobs or going to grad school.

One of them, for example, would shuttle me and her daughter around in a van equipped with an 8-track tape deck that she used to blast Helen Reddy's feminist anthem "I Am Woman" out at our unsuspecting suburban neighborhood. I remember thinking at an early age that a woman with her own source of income was cool, the exact sort of woman I hoped to become.

A few years before she died at age 69, the cardiologist insisted that my mother slash the saturated fat and salt from her diet. These restrictions managed to sap all the joy from her life, and yet they still didn't save her. That would have taken more than a change in the foods she ate: She needed surgery to repair her heart, a potentially life-saving treatment that she kept delaying out of fear. Being married to a surgeon had made her all too aware of everything that might go wrong.

As I say, she was only brave when it came to food.

Our Interests Were Eventually the Same

Still, her adventurous attitude towards cooking and eating has stayed with me. Nowadays, when a teenage supermarket cashier asks me the names of the mysterious vegetables in my cart so that he can ring them up properly, I remember how my mother made sure I knew what a shallot was, and how it differed in flavor and culinary usage from its close allium relatives — onion, garlic, leeks and scallions.

She may have been trying to make me into a 1950's-style homemaker, but her lessons have come in handy.

I think now that my mother didn't merely want to train me to be a traditional woman — she wanted us to share the same interests and to want the same things, believing that the more alike we were, the closer we'd be. Of course, placing that pressure on me only drove us further apart.

My current home is the first place I've ever lived as an adult that had backyard space. Last year, I tried growing flowers out on the patio and failed. Apparently, like my mother, cooking is the only one of the domestic arts for which I have any aptitude. I may have tried to be completely unlike her but as with my dark-blue eyes, freckles, and widow's peak hairline, there are some parts of my inheritance that I can't shake.

While I may be an inept gardener, the culinary herbs I planted alongside the flowers have miraculously flourished. It is almost as if they know I will put them to good use: I tuck homegrown rosemary under the skin of my roast chicken and sprinkle fresh thyme on my scrambled eggs.

I wish I could somehow let my mother know that even though I often rolled my eyes when she attempted to teach me, I did listen. She may have been trying to make me into a 1950s-style homemaker, but her lessons have come in handy.

Because of my mother, I can cook, but I do so for my own benefit and delight. I like to think that she'd be proud of what I've become: I am my own perfect wife. 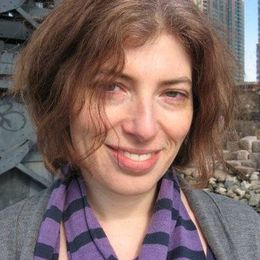 Rachel Paige King is a longtime freelance writer. Her work has appeared in The Atlantic, Slate, Salon, Longreads, and many other publications. Read More
Advertisement