A Pilgrimage to George Floyd Square

My daughter and I were in Minneapolis for two days when a detour through a local neighborhood reminded me of George Floyd. This was the city where the horrific had happened. Where every Black mother's worst nightmare about a son had come to pass.

In the days prior, the two of us had discovered hip neighborhoods with hip coffee bars, restaurants and stores. But mostly, we'd been apartment-hunting. Twenty-nine and moving across the country for a new job, my only daughter and eldest child was about to be on her own. Not a son, but still my baby. Not naïve, because we were New Yorkers, but still, Black.

"I'd like to see where it happened," I remarked.

The place Floyd had gasped last breaths for 9 minutes and 29 seconds. I needed to see it for myself ... and for my daughter.

Many African Americans before Floyd had suffered and died under the dominion of brutal police. But a cell phone video broadcast around the world had documented his fatal encounter, its inhumane-ness and the systemic racism that fed it.

Initially, my idea was more of a really-should type of suggestion, stated as one of many possible activities for us in between others. Like checking out a corner clothing boutique I'd spotted the day before.

But my suggestion slipped to something more. A longing, then, some insistent, pressing demand I couldn't avoid, and shaming were we not to go, that I couldn't tolerate. It directed me to the intersection of 38th and Chicago — George Floyd Square. The place Floyd had gasped last breaths for 9 minutes and 29 seconds. I needed to see it for myself . . . and for my daughter.

I cannot stop sweating. Minneapolis is in the middle of a heat wave. It's Friday in mid-June, yet temperatures in excess of 97 degrees have reigned for the better part of the week. Impacted by a year of the coronavirus and the widely publicized conviction of Floyd's killer, most movement around the city is stilled.

A View of the Neighborhood

We cruise towards the intersection via Chicago Avenue, a two-lane roadway that traverses Minneapolis from north to south. Small, shingled, single-family houses with porches overlooking the road line both sides of the avenue. The homes and postage-sized lots appear well-kept.

But on closer scrutiny, I notice some signs of a-paycheck-away poverty: houses desperately in need of a fresh coat of paint; one with broken appliances, even a washing machine, piled on the porch; several whose grass hasn't been mowed in weeks.

Even though the A/C is on, I roll down our windows as we approach 38th Street. Experience has trained me. Sounds can signal impending danger. A sealed, air-conditioned capsule in some neighborhoods shines a spotlight on outsiders.

Traffic slows to a crawl. Several car lengths ahead of us, three vehicles in a row pull towards the curb, hazards flashing. They block our passage forward unless I'm prepared to shimmy through. With cars behind us, traffic inching forward and concrete barriers narrowing the width of the avenue to one lane and one direction only (mine), I'm anxious. We're hemmed in.

Ahead, a huge, iron-colored fist at least two stories high thrusts from the asphalt where 38th Street crosses ours. A red, black and green flag, mounted as if clasped by the sculpture, pierces the blue skyline above.

Two men exit the first of the idling cars. They walk towards ours. I tense. But their talk is even, barely audible. They speak with the driver in the car ahead of ours. Is this a Citizens' Watch group? Moments later, the second man waves his hand, motioning for us to pass.

Re-named George Floyd Square, the intersection has been reconfigured by residents into a roundabout. One lane of traffic. One direction. One right-of-way. The place demands a reckoning with the 46-year-old Black man who begged for mercy and his Mama.

I inhale deeply. I circle the roundabout, circle the next block, and so we can get out and walk, circle it again to find parking on a back street. The jumble of infrastructure, bodies and motion is a lot to process.

To Remember This Place

Floyd's demise and the community's response are obvious. Anger and violence had touched down here like some unpredictable act of nature, leaving in its wake boarded-up buildings painted with garish graffiti, crude-fisted monuments sculpted from the metal of ransacked buildings and businesses and a decimated gas station at the corner, its tanks removed, its convenience store looted and the Speedway sign scrawled over to reflect new leadership and ownership. U_LEAD. The People's Way.

It's a quiet that makes me look more, see more.

They are of every persuasion, the people paying their respects. Men. Women. Brown. White. Pairs of pedestrians and entire families. One Vietnam vet.

They wander haphazardly in the middle of the road, navigating parked cars and concrete blocks strewn like Legos. They stare, some pray, pausing before the wide expanse of asphalt fronting Cup Foods; Floyd was murdered outside this convenience store. A graveyard of cut flowers, potted plants and shrines. A huge, painted mural of the deceased as epitaph.

I exhale audibly, tugging my clinging T-shirt away from the damp skin beneath. I'm feeling, well, lucky. "Not lucky. Blessed," reprimands my grandfather from the grave. Right. Had I been born to another mother, in another city, at another time, this could have been my life.

Unabashedly, I slowly turn my body 350 degrees, pausing to take in the scene from each direction. I want to remember this place. As I do, I see a neighborhood persisting, steadfast in the midst of its daily machinations.

I watch locals, recognizable by their relative indifference. How they linger. Chat. Ignore the rest of us. The men slap palms and braid their thumbs around one another's in greeting. They wait, on what I don't know. Several loiter, just shooting the breeze.

An older woman in an African-printed headscarf, exiting the Korean grocer on the corner. She balances a cellophane bag in each hand, one with Lay's Chips jutting from the top. Her walk home, a struggle.

But something's off. It's as if someone has turned the volume way down here. No music is blaring from nearby car windows, rolled all the way down in the sweltering heat. No horns honk. No city buses or trucks pass, exhaling in crescendos of diesel-fueled acceleration. Not even laughter or loud banter hangs in the air.

Instead, a solemn kind of nothing blankets George Floyd Square. It's a quiet that makes me look more, see more.

A man and a boy, about eight, water potted plants beneath the metal fist installation in the roundabout. Tenderly, methodically, they step between shrines of stacked rocks and wood. Over candles and incense holders and bits of Kente cloth fabric (an African textile).

In between are laminated, foam core posters of young men slain by police or community heroes like Martin Luther King, Angela Davis and Amanda Gorman. With makeshift watering cans, they refill from a Styrofoam cooler, they sparingly tend to each sprig of green so it will survive the oppressive heat. This is a place of life, I realize, as much as it is of tragedy.

This is street art and political discourse all at once. An immersive experience and living history in a community gathering place.

I look again at the murals. They offer a kaleidoscope of canvases, the red, black and green of a people's pride and the crayon box-colored drawings of children. Even the graffiti strikes me differently.

Scripted slogans adorn every available surface nearby. Black Lives Matter painted on the brick of adjacent buildings. George Floyd Square stenciled on a homemade bus stop bench. The script at the bottom of one Floyd mural reads I can finally breathe.

Never Forget Where You Come From

This is street art and political discourse all at once. An immersive experience and living history in a community gathering place. I'm witnessing perseverance and rebirth, not destruction.

"Wow. That was powerful," my daughter says as we leave. I nod but I let it lie — even the best storytelling includes synapses of silence.

Enslaved African Americans, forbidden by slave masters to learn to read or write, preserved their stories and traditions through the call and response of Negro spirituals, quilted messages in family bedding and storytelling.

From The Underground Railroad to church services on Sunday, pilgrimages have enabled the oft-repeated phrase of African American elders to the next generation: Never forget where you come from.

Too often, our nation's history has been whitewashed, robbing African Americans of agency and self-determination, power and hope. Even, life itself. The Tulsa Race Riots. The Tuskegee Syphilis Experiment. Chuck Berry. Henrietta Lacks. George Floyd. Too many authentic stories have been erased or largely ignored by the powerful in schools and courtrooms, city halls, pressrooms and precincts.

But Floyd's neighborhood had wrested back power and control. I read later how neighborhood residents and local activists repeatedly pushed back against the mayor and city officials who tried reopening the Square's roadways shortly after the trial verdict. Each time crews arrived to dismantle makeshift barricades and the asphalt graveyards, the people replaced them. Hands up, Don't shoot! Hands on. Keep this memorial. This makes me proud. Finally, the city had given up.

If the next generation of African Americans, moreover, all of the nation's children, are to see and never forget the history of bias and systemic racism in this country, African Americans must write that history ourselves. We cannot rely on others to protect and share our narratives for the greater good. 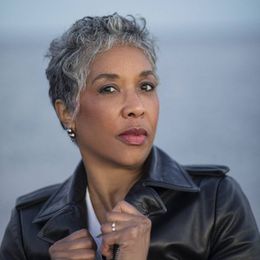 Lisa Argrette Ahmad writes primarily on race, intercultural relationships and family. Her essays have appeared in The Washington Post, The Iowa Review, BetterAfter50 and elsewhere. Ahmad lives in Larchmont, N.Y. with her husband, three children and one shelter dog. Read More
Advertisement