#GivingTuesday — How to Make Your Donations Matter

Ways to assist due to COVID-19 and racial justice concerns

Whether you'll be making charitable donations today on #GivingTuesday or before year's end, you may want to support people hurt by COVID-19 — economically or medically — or assist racial justice nonprofits.

Fortunately, there are numerous ways to do it and ensure that your kindness will matter, with advice on them below. (Full disclosure: Next Avenue has our own #GivingTuesday campaign.)

"The two main areas that we're seeing tremendous interest from our clients: pandemic relief giving and giving with racial justice in mind."

Donations for COVID-19 relief have already been pouring in. There are now about 850 COVID-19 emergency-response funds, according to The Wall Street Journal.

"The generosity this year has been unbelievable," says Michael Thatcher, president and CEO of Charity Navigator, which rates charities. "We've seen a twenty-five percent increase in traffic to our website, year over year, at a time when the people who are giving are also affected financially by what's been going on and many people are out of work."

A new survey from Fidelity Charitable, which runs Fidelity's donor-advised funds [tax-favored vehicles to make charitable contributions], found that nearly half its donors have given significantly more in 2020 because of COVID-19: over $6.7 billion so far, including more than $452 million in COVID-19 relief. Almost three-quarters said the pandemic affected their decision about which organizations to support, with many changing the focus of their giving to meet COVID-19 needs.

Similarly, "our grants increased massively this year — we had a fifty-one percent increase year over year at the end of the June 30 fiscal year," says Jane Greenfield of Vanguard Charitable. "That is amazing and truly inspirational."

A Fidelity study found that 66% of volunteers have decreased the amount of time they volunteer or stopped entirely due to the pandemic. Meals on Wheels, for instance had such a reduction in volunteers that it had to hire drivers, says Amy Pirozzolo, head of donor engagement for Fidelity Charitable.

As a result, "on some levels, looking at traditional ways of doing financial analysis when you're reviewing charities today may not be that meaningful because the numbers will be off in very unpredictable ways," Thatcher says.

Instead of just seeing how much charities that you're considering spent on administrative expenses, in 2020, he notes, "think about what is it they are doing and how does that correspond with what you care about."

Pirozzolo recommends making unrestricted contributions so charities can figure out the best way to use the money, which may be different from what they've done in the past because of this year's unusual needs.

"If there was ever a time for us to lean in and say we're giving unrestricted with a level of trust, this is it," she says.

Until recently, you generally needed $5,000 to $25,000 to open a donor-advised fund (through a brokerage firm, bank or community foundation) Then you could give cash, appreciated stock or other investments; take a current tax deduction and get an unlimited amount of time to decide which charities to support through grants. But the Fidelity Charitable and Schwab Charitable donor-advised funds recently eliminated their minimum contribution requirements, making them more accessible.

Where to Make Charitable Donations

Here are ways to help you donate wisely for 2020:

Charity Navigator which has been a well-regarded, go-to resource to check out charities for years, has made two useful changes for prospective donors.

"We realized that some of the criteria we had for rating organizations was really focused on larger, well-established nonprofits, and in many cases was negating some of the smaller, younger organizations," says Thatcher. But technology has now greatly expanded the number of nonprofits Charity Navigator rates, from 9,000 to 160,000.

"We decided to use mapping technology to identify nonprofits that are responding to the crisis."

It also recently acquired another charity rater, ImpactMatters, which developed a methodology that analyzes a charity's impact based on the cost per outcome. Before that, Charity Navigator measured nonprofits based on their financials from their annual tax forms. As a result, Charity Navigator now has an impact analysis in its ratings.

Charity Navigator also has lists of vetted charities focusing on timely topics, such as COVID-19 response and civil rights issues. It provides lists of highly rated Black-founded and Indigenous peoples & Native-led nonprofits, too.

"We decided to use mapping technology to identify nonprofits that are responding to the crisis," says Magda Guillen Swanson, research project strategist for Vanguard Charitable. Its new tool lets you apply several filters to help narrow down the list, such as charity rater GuideStar's "seal of transparency" and how the area was affected by the pandemic.

Says Swanson: "We're helping donors move down from the 1.7 million charities to the one, or a handful of nonprofits, they'll select."

Schwab Charitable has a resource center with information about COVID-19 giving and lists of charities recommended by the Center for Disaster Philanthropy nonprofit supporting COVID-19 response, relief and recovery efforts in the U.S. and abroad.

Fidelity Charitable features a racial equity resource center, including a list of the nonprofits working to address racial inequity that are most often supported by its donors. This donor-advised fund also has timely lists of charities focusing on topics such as COVID-19 relief and disaster relief.

Many families use donor-advised funds to teach the next generation about philanthropy. Before the December holidays, for example, parents or grandparents tell their kids or grandkids to research charities they'd like to support and then during the holiday celebration explain why they chose those them. Then, the owner of the donor-advised fund makes a contribution to those nonprofits.

The children "talk about why they want to give where they want to give, and they end up changing the hearts and minds of people in their families," says Kim Laughton, president of Schwab Charitable. "Sometimes the grandparents start to support the grandchildren's charities, too."

Crowdsourcing services like GoFundMe and Fundly and digital cash transfer services like Venmo and GiveDirectly have become popular ways to make charitable contributions to specific people in need due to the pandemic. Some recipients are financially strapped because they lost their jobs and need help paying the rent or buying groceries. Others have huge COVID-19 medical bills.

The crowdsourcing services let unlimited numbers of people donate to those who've set up campaigns for assistance. With digital cash transfer apps, you can automatically transfer cash from your bank account to the account of someone in need.

According to The Wall Street Journal, more than $100 million has been raised to pay basic living expenses through tens of thousands of GoFundMe fundraisers.

Community foundations specialize in giving on the local level. They know the small nonprofits that are doing important work but often fly under the radar. In 2020, many of these foundations have created funds for the COVID-19 relief needs in their area.

The Community Foundation for Greater Atlanta, for example, raised more than $25 million from donors across the region for its COVID-19 Response and Recovery Fund. It distributes the money to local organizations through grants focusing primarily on basic needs, such as food, housing, child care, education and mental health services. The fund also focused one round of grants on BIPOC-led (Black, Indigenous and People of Color) organizations.

"Community foundations have pre-existing, trusted relationships with donors and nonprofits that are on the front lines of providing services for residents," says Terry Mazany, senior vice president of philanthropy for the Community Foundation for Greater Atlanta. "They have that ready capacity to be able to receive and deploy resources, knowledgeable staff and pre-vetted recipients." he says.

There are about 700 community foundations across the country. You can find one in your area at the Council of Foundations website.

Giving circles are organized by some community foundations and other groups to let local donors combine forces. "These are groups of individuals that come together to pool some part of their charitable giving resources and make high-impact grants together," says Bailey. "Many of these groups are race- or neighborhood-based, or another identity factor that knits them together."

Bailey makes donations to an African American giving circle in her community. "It's a good way for allyship, and a way that my dollars can get to these organizations that are boots on the ground," she says.

You can learn more about giving circles through Philanthropy Together, a global initiative to scale and strengthen this movement.

Give Blck is a three-month-old database of Black-founded nonprofits that includes more than 200 organizations. You can search by category or location, learn more about the nonprofit's goals and donate easily online.

The following strategies can help you maximize the tax benefits for your contributions in 2020.:

Take advantage of the new $300 charitable deduction for non-itemizers. The CARES Act of 2020 created it for people who don't have enough in tax deductions to exceed the standard deduction (for 2020, that's $12,400 for singles and $24,800 for married couples filing jointly). But to qualify for this deduction, your gift must be made in cash and go directly to the charity, not to a donor-advised fund or private foundation.

Giving appreciated stock. The run-up in the stock market this year makes it a good time for investors to donate to charity shares of stock that have grown in value. This way, you won't have to pay long-term capital gains taxes on your profits. And if you itemize your deductions, you can also write off the value of the stock on the date you give it to charity.

Bunch your charitable contributions to help you reach the threshold to itemize. This is a strategy that has become popular since the standard deduction doubled in 2018. It means making larger contributions in one year, rather than spreading them out over two or more years. By doing so, you can then itemize and take the charitable deduction in the year with the larger write-offs.

This can work well with a donor-advised fund because you can give the money in one year to get the tax benefits, but you have unlimited time to decide which particular charities to support.

Make tax-free charitable gifts from your Individual Retirement Account (IRA) if you're 70 ½ or older. People this age can give up to $100,000 tax-free from an IRA to charity each year. It's called a "qualified charitable distribution" or a QCD. The gift generally counts as your required minimum distribution (RMD) but isn't included in your adjusted gross income on your tax return.

Even though RMD requirements have temporarily been waived for 2020, due to COVID-19, doing a QCD this year can still be a smart way to get money out of your IRA for future RMDs, especially if you expect tax rates to increase, says Mark J. Alaimo, a CPA financial planner in Lawrence, Mass. 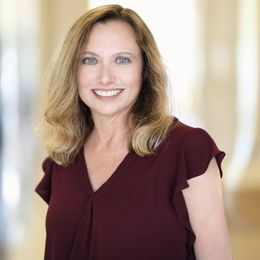 Kimberly Lankford has been a financial journalist for more than 20 years and is the author of three books. As the “Ask Kim” columnist at Kiplinger’s Personal Finance Magazine, she received hundreds of reader questions every month about insurance, taxes, retirement planning and other personal finance issues. Her financial articles have also appeared in The Washington Post, U.S. News & World Report, AARP Magazine and Military Officer Magazine, and her syndicated columns were published in The Chicago Tribune and other papers. She received the personal finance Best in Business Award from the Society of American Business Editors and Writers. Read More
Advertisement