My Grief Goes On: A Letter to My Late Daughter

I know all too well the pain the families of those killed in the Uvalde shooting feel. I've had that pain for over 20 years, and a Prolonged Grief Disorder diagnosis doesn't change anything.

You've been gone now more than 20 years. The experts have decided my grief merits a diagnosis. Here's what they've come up with for inclusion in the most recent revision of the Diagnostic and Statistical Manual of Mental Disorders, 5th Edition, (DSM-5): Prolonged Grief Disorder, (PGD) a condition in which, there is an "intense yearning/longing for or preoccupation with the deceased person," and the "duration of bereavement exceeds expected social, cultural or religious norms."

The diagnostic criteria include:

Families of the children and teachers murdered in Uvalde, Texas, may find themselves, someday, with the same diagnosis. No matter how they manage to function in the interim, as May 24, 2023, the anniversary of the massacre, approaches, many will relive the nightmare.

I'm no expert, just your mother, intensely longing for you well after the six months to a year that's a marker for inclusion under the set of criteria.

The anniversary effect is well-documented. They won't need a calendar; their bodies will alert them, like mine always remembers you. To suggest that their grief is a disorder does them a disservice. To recognize their pain as valid and expected may help them to move forward, carrying their grief always, but eventually opening themselves to moments of joy. Of some semblance of peace.

All of the Memories

I'm no expert, just your mother, intensely longing for you well after the six months to a year that's a marker for inclusion under the set of criteria. I'm sometimes still, after 20 years, preoccupied with memories of you. The sad memories haunt me, but I love the happy ones. The birthday parties, Girl Scout meetings, the county fair.

But some have proposed that even those happy memories should be discouraged. It seems PGD is based on a reward system. Sometimes, the pleasure centers in my brain light up when I think of you. One small brain imaging study showed that happened with about half the subjects. Should I feel shame because they liken this to addiction?

I know you'd be questioning the validity and reliability of that study, as you relentlessly questioned everything. Rolling your eyes at the small sample size. Scoffing at the conclusion that deemed the glowing brain parts maladaptive because the subjects continued to crave that feel-good sensation.

But maybe they're right. I've been addicted to you since before you were born. First, in love with the idea of you, and then with your amazing, brilliant self.

Supporters of the revision argue that the DSM-5 and the International Classification of Diseases, (ICD-11) criteria will make it easier for bereaved people to find "treatment." I hope this is true, but I'm skeptical.

For years after you died, I tried to find a therapist who took my insurance and who practiced eye movement desensitization and reprocessing, (EMDR) an evidence-based trauma therapy. That sounded like it could be helpful. The last time I tried, just about a year ago, I found no one within 50 miles and once again gave up the search. I don't know that the inclusion of a new diagnosis, a new disorder, will impact access to services.

After you died, I had to get back to work. Your brother and I needed food and a place to live. Three days is the typical bereavement leave. Seventy-two hours. I still expected you to call for me to pick you up from the library. To slam your door so hard the house shook. To sing to the cat. To play your flute late into the night. Sometimes I heard you, the notes a small, comforting trill as I fell into a troubled sleep.

After three weeks, I went back to work and tried to forget you for eight hours every day. Forced you into the closet so that I could function. And I did, letting you out only when I got home.

The experts led me to believe that one year would be a turning point. That when 365 days and nights had passed, I would be able to pack you away like yellowed letters from a long-forgotten lover — that time alone would have mended my shattered heart. I'm no science denier, but I fear the experts may have missed the mark here.

No one told me that the second year is often worse. That the shock would wear off, replaced by the grim reality that I would never see you again. One year after you ended your life, the force of your absence pounded me with gut punches that knocked me to the ground. Still, I got up in the morning. Went to work. Shopped for groceries. Functioned. Dysfunctioned. Malfunctioned.

We long-grievers are not being morose. Our bodies are no longer wracked each day with sobbing. Our eyes may not be puffy and red. We've had moments of joy and hope to have many more.

Despite those who think we should be over it, I'm going to light up my nucleus accumbens, that reward place in my brain, with images of you as often as I can. You're my addiction and I'll cry if I want to.

Today, though, my tears are for families of 19 children and two teachers who died in their elementary school. In six months, the survivors will still have marked disbelief about the death. They may be preoccupied with thoughts of their deceased child.

In one year, the siblings of the children who died in the Uvalde shooting, like those of the children who died at Columbine, at Sandy Hook, at Parkland, may be preoccupied with thoughts of their brother or sister, still intensely longing for them. Like your brother might long for you when in the company of his cousins, all sibling pairs – he the only one without. The only only child.

In ten years, the Uvalde families will still experience intense emotional pain, anger, bitterness, and sorrow related to the deaths, as do the families from Columbine. From Sandy Hook. From Parkland. From the hundreds of other places we've seen gun violence.

Today, though, my tears are for the families of 19 children and two teachers who died in their elementary school. In six months, the survivors will still have marked disbelief about the death.

Numbed as a Society

You were 14 years old in 1999 when the Columbine shooter killed 13 people. You wrote a letter then, in your hopefulness, to the newspaper about gun control.

When 26 people died at Sandy Hook Elementary School, you were no longer alive to write a letter. I'd been grieving for 12 years. In my naivete, I thought the country would enact reasonable gun laws.

After the Parkland shooting, students who organized and spoke out were maligned, ridiculed and threatened. Emma González, the student from Parkland who reminded me so much of you. Feisty and beautiful, roiling with righteous rage, brave in the brokenness, shouting into a megaphone before a throng of people. When I heard Emma speak at a gun control rally, I cried, longing for you. I'd been missing you then for 18 years. Intensely. Still functioning.

In six months, the world will have ceased its preoccupation with the 19 children murdered in Texas. Our collective anger, bitterness and sorrow will be directed elsewhere. Because that's what's expected of us now. Grief neatly packaged and time-limited so no one looking in from the outside is too uncomfortable.

I'm no expert, just another grieving parent with a new diagnosis. Look, I'm writing a letter to you, and you've been dead for more than 20 years. I must have Prolonged Grief Disorder. But I wonder if the effort to arrive at a diagnosis might be better focused on the sickness of a society that has become numb to repeated mass shootings.

The only thoughts and prayers I have for those whose loved ones perished in Uvalde are these: In the difficult years ahead, may the pleasure centers of their brains light up often when they think of their sweet children. I hope they never feel rushed to get over it.

May they speak their child's name if that brings them comfort, as saying your name comforts me. I refuse to pathologize that. Our memories are all that's left. Maybe that's an addiction, but I call it love. 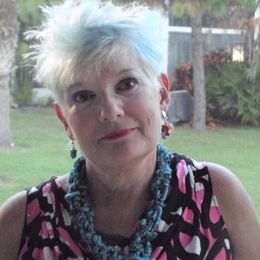 Eileen Vorbach Collins is a Baltimore native. Her work has been published in a number of literary journals and received several awards and two nominations for a Pushcart Prize. She is currently querying a collection of linked essays about child loss and bereavement by suicide. You can find her on Twitter @evorbachcollins. Read More
Advertisement