Happiness is the Arrival of Bhutan's Sacred Birds

The country with a Gross National Happiness Index faces economic challenges, but remains a place of fragile beauty

Spindly legs thrust out, delicate toes spread wide, two Black-necked cranes come in for a landing on the marshland like they're parachutists dropping into unfamiliar territory. When they touch down ever so gently, they greet one another with a quartet of low-pitched calls and a ripple of their ebony tailfeathers.

The highlight of the festival for me is a thrilling and majestic dance of animals to the ominous tones of the long horns played by Bhutanese monks.

It's November 11, 2022, the birthday of the fourth king of Bhutan (who can still be seen riding his bicycle through the capital city of Thimphu now that his son is king) and I'm in the Phobjikha Valley of eastern Bhutan with an intrepid cadre of book-loving adventurers.

We're among the first western travelers to enter the country after the government sealed the borders in March of 2020 against COVID, finally reopening to outsiders in late September. Now, we've arrived just in time for the cranes' annual autumn flight from the Tibetan high plateaus where they spend the summer to Bhutan's verdant wetlands, where they'll rest and mate.

To celebrate the return of the birds that the Bhutanese consider sacred, the citizens in these eastern villages throw a huge party in the courtyard of the Gangtey Monastery.

The national anthem and the offering of a yak butter lamp kick off the festivities, and then schoolchildren in vivid costumes sing traditional songs and perform dances. One student recites an eloquent poem he wrote about what it would be like to be a Black-necked crane.

As the students finish, adults appear in the square wearing masks made to look like birds for the Crane Dance.

But the highlight of the festival for me is a thrilling and majestic dance of animals to the ominous tones of the long horns played by Bhutanese monks.

The Crane Festival was launched twenty-four years ago by an American, Dr. George Archibald, who co-founded the International Crane Foundation in 1979 in Baraboo, Wisconsin.

Archibald, who often travels to Bhutan for the annual celebration, told me that although the Black-necked cranes are threatened by climate change and habitat destruction, their numbers are improving. Worldwide, there are between 8000 and 11,000.

Archibald credits China's commitment to creating habitat reserves for the cranes. "The Chinese have been very committed to crane conservation since 1979," he says, and he applauds the Bhutanese for cherishing the gift of the annual migration.

"We humans like to celebrate things and when you have a valley as beautiful as this one that holds a treasure as precious as these birds, it's magic."

Conservation is a priority of Bhutan's current and fifth king, Jigme Khesar Namgyel Wangchuk, who at 42 years old, is balancing a campaign to modernize the country with preserving the sense of timelessness that draws visitors from around the world.

Wedged in the Himalayan foothills between the geographical and geopolitical behemoths of China and India, the Dragon Kingdom of Bhutan is one of ten designated  biodiversity hotspots in the world and government policy dictates that 60 to 70% of the land be held for forests.

But most Westerners couldn't find this country of 800,000 on a map, and if they are familiar with Bhutan, it's because they've heard about how the nation measures its wealth– not only with a GDP ranking, but also with a Gross National Happiness Index.

"Bhutan got a lot of international attention for the happiness thing," Pasa Ugyel, 32, says. "And it worked."

Ugyel owns a trekking company and is freelancing as a guide for our SirenSojourns trip. He spent two years at university in Canada until his mother summoned him back to Bhutan.

When I ask whether the Happiness Index is mostly about branding these days, Ugyel says, "It's so hard to measure happiness because it's a very personal experience." He adds, "I'm a little bit skeptical about how happiness can be a development philosophy."

He points out that Bhutan is facing the same economic challenges that many developing countries have. "The biggest threat to our country is the number of young people who are leaving to find work in Australia."

Bhutan's cities are also confronting a small but rising incidence of drug use. A 2019 study published in the Indian Journal of Psychological Medicine cited the "fraying of ties to traditional settings" and "exposure to the outside world through television and the internet" as reasons for substance abuse.

That exposure to outside influences will grow if the king's efforts to attract more tourists from Europe and the United States are successful. Bhutan's government has just imposed a significant and controversial increase in the daily tariff it charges tourists to travel in the country.

"This is a special place. And a fragile place."

Dr. Tandi Dorji, the chairman of the Tourism Council of Bhutan, told the New York Times that it will attract "discerning tourists" and help to build a hospitality industry that will create "well-paying and professional jobs for our citizens."

Archibald, the crane conservationist, who grumbled a bit about having to pay the higher tariff, worries about what more people and more tourist infrastructure will mean to Bhutan.

"This is a special place. And a fragile place." 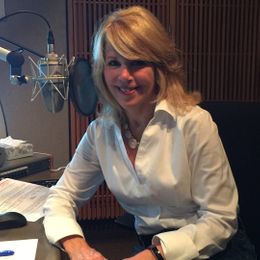 Kerri Miller is the host of a show about books & authors for Minnesota Public Radio and the Chief Enthusiast for a book-focused travel company called SirenSojourns. Read More
Advertisement