Want to Help a Caregiver? Volunteer Your Online Research Skills

We've all heard it, and said it, when someone is ill: "Please let me know if there's anything I can do to help." That's sometimes the end of the exchange. Friends and even some relatives don't want to intrude, and family caregivers don't want to ask for assistance or might not know what to ask for.

But there is an underused, though immensely helpful, route that benefits all: offering to conduct research — especially online — for the family caregiver.

Suggesting something small — such as offering to email a few telephone numbers of local resources — can smooth the way.

This can run from a relatively straightforward task, such as tracking down the application for a handicapped placard for a car, to a more involved undertaking, such as researching relevant medical trials.

Friends and relatives often understandably feel awkward about what to say or do. They want to respect the patient's and caregiver's privacy, but they also want to lend a hand. At the same time, many caregivers are overwhelmed with day-to-day responsibilities and may not have the time or energy to conduct research themselves.

Helping those caregivers "makes us feel like better people," said Wright. "There is something very tangible, more so than saying you care or having a phone call. It has a concreteness."

Giving the Caregiver Some Valuable Time

Susan Chong, a social worker in Albany, N.Y., knows the issue from both sides. She works with clients who have kidney disease and is a caregiver for her 80-year-old mother.

Chong asked a friend to research names of local Korean assisted living facilities and nursing homes for her mother who speaks little English. As it turned out, the facilities recommended by the friend were too far away, but Chong was grateful for the help; she got valuable information and could spend that time doing something else.

In Chong's culture, she said, families don't typically reach outside for support in finding resources. "But I had to come to the realization that I needed help," she said.

The research can be on just about any topic and can include:

Often, a public agency on aging or an organization focused on a specific medical condition can provide one-stop shopping for many resources, said Jennifer Rowe, a social worker in Warwick, N.Y. She added that such agencies often mention that they are underused.

"Let your friends know what's going on because you never know when they might have a solution to your problems."

The choice of research will depend on the friend's or relative's relationship with the caregiver. An acquaintance might do something less involved than a close friend.

The process can start with a friend or relative inquiring whether help is needed and then asking about specific assistance. Suggesting something small — such as offering to email a few telephone numbers of local resources — can smooth the way.

Listen, and Then Offer

Rowe suggests friends and family listen for cues about what caregivers need.

That's how a friend of Suzanne Aloisio of Atlanta ended up recommending a particular external catheter for Aloisio's husband, who has Parkinson's disease. The product "has changed our lives completely," she said. "We were able to go to the opera again," and laundry did not have to be done every day.

Aloisio's advice to family caregivers: "Let your friends know what's going on because you never know when they might have a solution to your problems."

An important issue in such a relationship is the need to respect boundaries, according to Rowe, who has given presentations on caregiving issues. Caregivers are constantly judging themselves, might have been up all night and don't need to be criticized, she said.

Sometimes, the need for help does not become apparent until much later in a caregiver's experience.

"With my mother, I wish I had known more about the hospice process," said Helene Simon, of Sudbury, Mass., who had almost back-to-back hospice experiences with family members. Her husband, David, died of brain cancer in November 2019 at 63. Her mother, Carol Handelsman, died in March 2020 at 96.

Simon said information provided by others can be useful, though she recommends that friends and relatives first ask whether the caregiver wants it.

A Role for Siblings Living Far Away

Research also is a way to involve siblings who don't live near the family member who needs care, social service professionals say. Sisters and brothers can assist the more hands-on siblings by looking up information — from insurance coverage requirements to the advantages of certain types of walkers or shower benches, for example.

A typical scenario is for the siblings living a distance away to pitch in with their expertise. A lawyer can be the sibling who researches elder care attorneys. Or a sibling with insurance knowledge can handle coverage and reimbursement matters.

With so much information publicly available now, Alyce Waldrop of Smyrna, Ga. recalls how little was at hand when her husband, Paul, was diagnosed with Parkinson's in 1995.

"I was starved and desperate for any information. I can see it's easier now," said Waldrop, whose husband died in 2017 at 74. People didn't share information as they do now; it was taboo in some cases, she said. Waldrop believes she would have been helped greatly, for example, if someone had researched the side effects of her husband's medications.

"It would have saved thousands of dollars and heartache," she said.

Her experience underscores a widely shared sentiment: family caregivers are often under a great deal of stress. They juggle as best they can while witnessing a loved one in a difficult situation. But the caregiver's own welfare can also be a concern.

As Wright, of the American Psychological Association, sums it up, "It's about maintaining the emotional well-being of the caregiver." 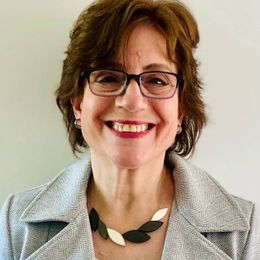 Pamela BrownsteinE. Brownstein is a New Jersey-based writer and editor, focusing on a range of topics, including legal and policy matters, among others. Read More
Advertisement