The Housing Challenges Facing People With Intellectual and Developmental Disabilities

People with intellectual and developmental disabilities are living longer. What housing solutions will be available for this already vulnerable population?

It was the morning of August 16, 2017. Anna Smith (name changed to protect privacy) sat in a meeting at the intermediate care facility (ICF) where her brother Matthew Smith (name changed to protect privacy), then 55, had been living for approximately one month. ICFs are supposed to provide comprehensive health care for people with intellectual or developmental disabilities or IDD. Matthew had a condition called Dandy-Walker syndrome, a rare congenital birth defect of the brain.

That day, staff at the ICF told Anna that Matthew was healthy and eating well. Five days later, he was sent to the emergency room due to severe dehydration and constipation. He was there for 38 days.

Prior to that, Matthew had spent over two-thirds of his life at a different ICF — one of the largest residential state ICFs in Connecticut known for its abusive conditions. However, Matthew was never abused or mistreated, according to his sister.

In fact, Anna believes that it was one of the only facilities that could adequately care for her brother.

"His medical health and all his abilities declined over the years. He was hand-fed and wasn't able to even hold a spoon because he was very contracted. His health concerns were my biggest fear — that he wasn't going to be able to be taken care of [at a different facility]," Anna explains.

However, with the larger ICF facility losing monetary support, she knew the next best option would be to transition him to a smaller ICF.

A Mother and Her Sons

Jamie Lemon is also nervous about leaving her son in the hands of others. Lemon is the mother of two autistic teenagers — 16-year-old Wyatt and 17-year-old Caleb. After spending a year on a waiting list, Caleb was placed in a group home in Gilbert, Ariz., due to his physical aggression.

"He tends to be aggressive towards females. I'm five-foot and he's almost six-foot now," says Lemon. In January of 2019, when her husband was sick in the hospital, Caleb got worse.

"Caleb started attacking me for hours — bit me from head to toe. I still have no feeling in my back. It was really bad," his mother says.

"We just see so much evidence of what an inclusive and engaged life can be like that we will always encourage people to explore that."

Although Lemon's youngest son, Wyatt, tried to intervene, only the police were able to make Caleb stop.

Like Smith, Lemon has her own worries, including fears about the future.

"It would be my biggest fear to pass away because I can't be involved in being an advocate for my son if I'm gone. His stepfather has almost died twice from non-alcoholic liver failure. His brother is higher-functioning, but I don't know," Lemon says.

On top of this, her extended family lives out-of-state and doesn't have the means to help Caleb. Ultimately, Lemon knows that the state of Arizona will have to care for Caleb after she passes away.

While Lemon and Smith found a housing arrangement that works for their loved ones, both worry about the potential for abuse or neglect without their constant supervision.

Histories of abuse at larger institutions, such as Willowbrook State School in Staten Island, N.Y., — which was known in the mid-1900s for its neglect, its uncontrolled hepatitis outbreak and an understaffed and overcrowded facility — have led many to advocate for smaller community-based homes.

But even those settings aren't always optimal.

The Complexities of Housing

Jon Meyers, executive director of The Arc of Arizona, a disability advocacy group, believes in moving people with IDD out of institutions and into community placements.

"Since the beginning of the organization back in the early 1950s, there's been a strong emphasis on moving people out of institutions — whatever can help individuals become more integrated into their communities, more included in the lives of their communities," says Meyers. "We just see so much evidence of what an inclusive and engaged life can be like that we will always encourage people to explore that."

However, he also recognizes that nursing facilities such as ICFs and other community-based solutions aren't fully removed from abusive practices and institutional form, meaning they maintain some of the characteristics of institutions.

"The real reason that the folks at Hacienda were prosecuted was that what happened there was so horrific and received so much media attention there really was no alternative."

Perhaps one of the most egregious examples of abuse occurred in 2019 when a caregiver raped an incapacitated woman in an Arizona ICF, Hacienda Healthcare — she later gave birth to a baby boy.

Meyers was on the Abuse and Neglect Prevention Task Force that was created after the incident.

"Not surprisingly, what happened at Hacienda really kick-started a lot more work and generated a lot more public attention than we (the IDD community) had ever gotten before then," explains Meyers. "Still, a lot of skilled nursing facilities and retirement homes tend to have the characteristics of a congregate setting. They are, by nature, designed to provide a consistent environment and a controlled environment."

Sara O'Neal learned firsthand the abuses that can occur behind closed doors in some group homes. On September 2, 2021, her 16-year-old autistic and epileptic son, Austin, was found with severe rug burns and bruising on his body. O'Neal and the doctors at Phoenix Children's Hospital suspect that it resulted from caretakers dragging him from his room into the shower.

According to O'Neal, the problem with many group homes is that even if abuse occurs, and staff are held responsible or even charged with a crime, the home itself is unlikely to close.

"What we still haven't done in Arizona is adequately funded the systems that are supposed to care for people with IDD on a daily basis."

One reason why, according to Meyers, is because of deinstitutionalization — the process of moving individuals from large institutions to community-based alternatives.

Since then, there has been a tremendous need for housing in the IDD population. As such, state governments are reluctant to close down these facilities. For any action to be taken, Meyers believes there needs to be a large media following of the incident.

"The real reason that the folks at Hacienda were prosecuted was that what happened there was so horrific and received so much media attention there really was no alternative for the state of Arizona," says Meyers. "The event was so far beyond what anyone could stomach."

Despite what happened, Hacienda's ICF remains open. Even at the time, there were some families who urged the state to allow Hacienda to continue operate because they had so few options.

Ultimately, finding the right housing solution isn't easy, especially if the person is aging, has a significant disability and requires additional medical care.

President Joe Biden has pledged $150 billion in the Build Back Better agenda — which was passed by the House on November 19 — to help alleviate this caregiving crisis; the plan includes investing in community-based alternatives, raising wages for the 2.4 million home care workers, and eliminating the 820,000 person waiting list for community-based care nationwide.

The money couldn't come at a better time. Group homes are struggling to keep up with the demand and, with many caregivers earning only minimum wage, there is a turnover rate of roughly 51%.

"What we still haven't done in Arizona is adequately funded the systems that are supposed to care for people with IDD on a daily basis. Provider staff are turning over at such a high rate," says Meyers. "It's almost this revolving door. It seems like we take two steps forward and one step back, or sometimes we take one step forward and two steps back."

"I don't think we lack a solution, we lack the political will to make the solution happen."

Despite the fact that over time, community-based alternatives can save states more money than large institutions, group homes aren't adequately financially supported.

"There's about 45,000 people in the developmental disability system in Arizona alone. And it increases every year and is projected to steadily increase," explains Kelli O'Toole, the president and CEO of The Opportunity Tree, which supports mostly older individuals with IDD in their residential program. "But here's the issue: Our system, with all the people that we support, is $150 million underfunded."

This financial problem is exacerbated because people with disabilities are living longer and require further resources as they age. "People with Down syndrome are living longer. So what are we seeing? We're seeing dementia. And there isn't a lot of support out there for that," says O'Toole.

Parents Take Matters Into Their Own Hands

Fortunately, advocates are creating alternative options for individuals with IDD. After struggling with her son's group home, O'Neal has decided to create her own group home, a process she estimates will take more than eight months.

To combat the high turnover rate of caregivers, she intends to pay above minimum wage and create a community center with one to two-bedroom apartments surrounding it. In doing so, she hopes to establish a sense of community that is absent in most group homes.

"I'm doing it as a nonprofit and I am bringing on other professionals to utilize everybody else's expertise. I can hire quality staff, and I can be in control of the staff that is with him [her son] — the quality assurance is in my hands and not the state's," explains O'Neal. "I will have my career on top of it. But in the beginning, it'll be something I have to do full time." She hopes to hire a director once the first group home opens to help create a community of group homes.

Disability advocates, families and guardians are doing the best they can to mitigate the caregiving crisis in the U.S. However, without adequate funding, it is increasingly difficult to keep this vulnerable population safe and healthy.

"I don't think we lack a solution, we lack the political will to make the solution happen," says Meyers. "In the next two decades, we're going to see a massive number of people with disabilities who no longer have [loved ones]. As a nation, we're going to have to make the investment that's required to ensure that they can be taken care of." 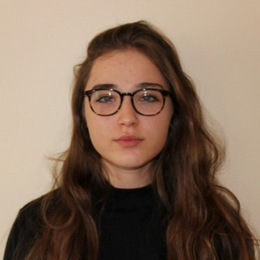 Juliet Schulman-Hall is an editorial fellow for Ms. Magazine and a senior at Smith College. She is majoring in English language & literature, minoring in sociology and concentrating in poetry. Her beats include caregiving, mental health and disability advocacy and criminal justice reform and abolition. Follow her on Twitter: @jschulmanhall Read More
Advertisement