How a Bone Broth Suggestion Set This Caregiver Off

In this "Already Toast" excerpt, the author reveals why her anger bubbled up

Editor’s note: In her exceptional new book about caregiver burnout in America, "Already Toast," author Kate Washington writes movingly and candidly about being the primary family caregiver for her husband Brad Buchanan after he was diagnosed with cancer and had a stem-cell transplant that led to serious complications. The excerpt about bone broth below features a moment when Washington, The Sacramento Bee dining critic, was at her personal boiling point. And you can read a Next Avenue Q and A with Washington in the article, "Family Caregiver Burnout: This Author's Experience and Advice."

One June morning a few weeks after Brad came home, I was pouring myself a too-big iced coffee when his physical therapist beckoned me urgently into our dining room. It was 9 a.m. and I had been up for four hours, in which time I had fed the kids breakfast, made lunches, answered some emails, unhooked Brad from his pump, showered, eaten breakfast standing up in the kitchen, walked the kids to school, spoken to the principal about the six-year-old's class assignment for next year, and returned home, sweaty and already tired.

The Physical Therapist, My Husband and Me

The day's predicted high temperature was 106 degrees. Besides Brad and me, the people in the house included the physical therapist; the social worker and the occupational therapist. Even on a good day, the physical therapist drove me bananas. Her husband had also undergone a stem cell transplant. She was thus sure she knew more than I about everything I was going through as a caregiver and was always sharing tips.

The urgency of her calling me in, though, made me think there was an emergency.

"Oh, there you are," she said — implying, to my raw feelings, that I'd been insufficiently responsive. "I'm writing down the instructions for making bone broth. It would be really good for his gut health and you should be making it for him."

It felt like the physical therapist was not only questioning my domestic skill but erasing my entire professional identity.

"Excuse me?" I said. "Bone broth," she repeated, gesturing at the page. "Or your caregiver could make it."

"I do make him broth," I said, gripping my glass so tightly my hand shook.

"But do you make bone broth? It's long-extracted and it has special properties," she said.

All broth is #*%[email protected]* bone broth, I did not say out loud.

Calling it bone broth is a fad, I did not say out loud.

I had started making Brad broth when he was in the hospital. I went to a special butcher shop to get stewing hens to make it stronger and more protein-rich. In fact, I'd placed a short little article in a local magazine that month about where to find the best chicken to make the best broth — just about the only thing I'd published that year.

It felt like the physical therapist was not only questioning my domestic skill but erasing my entire professional identity. Her well-intentioned question unleashed something in me.

Irritated Over 'Just a Suggestion'

What I did say out loud was this: "You know, people tell me I need to be doing something for other people all day long, every day." I didn't mask my irritation and I hoped she'd take the hint.

"It's a suggestion," she said in faux-calm, soothing tones, as if I were a feral cat trapped in a small space, which is how I felt. "For when you have time. I think you'll find it very helpful."

"I have to go," I said, stalking into my kitchen. The physical therapist followed me.

"I was only trying to help," she said.

"Why don't you stick to, you know, doing physical therapy?" I said, knowing I was being rude, and the rehab team would discuss me later as That Wife, but I was too mad to shut up. "My husband is being followed by three dietitians. They can tell me if I really need to make him broth."

"Good nutrition is an essential part of physical recovery," she continued blandly.

"You know what? If anybody in this whole situation gave enough of a shit about me to even ask what it is I do, you might know that in my professional life I'm a food writer and recipe developer and I actually know something about broth. But I'm not really a person anymore, I guess."

"Well!" Now she was offended. "I was only trying to help."

But I was already on my way out the back door, which I slammed hard enough that its elderly panes of glass rattled. I stomped down the block.

What chafed the most was not the private demands from my husband, but the public, official ones from nurses, doctors and therapists.

When I returned, sweaty, the social worker was still there. I spent the rest of the morning venting to him and sobbing on the back porch. It was tremendously cathartic, but I remained a ball of tense anger for most of that summer.

My Anger and My True Feelings

Up until then I'd kept most of my caregiver anger sternly repressed or talked about it only in my therapist's office. What chafed the most was not the private demands from my husband, but the public, official ones from nurses, doctors and therapists, many of whom seemed to discount my personhood in any other realm than as a caregiver.

I wanted them to recognize my humanity. I felt, on every level, unseen in my life, even as I was holding together the lives of four people. The longer I acted as a caregiver, the angrier I found myself at that erasure.

But when Brad got sick, anger was easier than my real feelings: terror of widowhood and abandonment. Sadness that cancer had fractured our lives just when it seemed like things were getting good — we had become financially stable, the kids had grown old enough to give us time to ourselves, and Brad's professional duties had eased.

Every time I thought about the family life that we'd lost, I wanted to cry. But if I started to cry, it seemed like I might never stop, so I stuffed those feelings down, crossed more items off my always-growing to-do list, and powered through.

Anger kept me moving, even as its heat was contributing to my growing burnout. Sometimes it pushed me right out the door.

(Excerpted from "Already Toast: Caregiving and Burnout in America" by Kate Washington. Published by Beacon Press.) 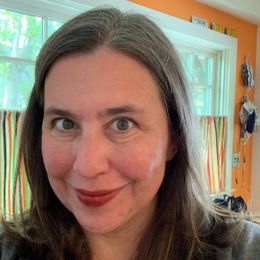 Kate Washington is the author of "Already Toast: Caregiving and Burnout in America." She is the dining critic for The Sacramento Bee and has written for Eater, Catapult, McSweeney's Internet Tendency and The Washington Post. She lives in Northern California. Read More
Advertisement