How Do We Say Goodbye to Our Former Lives?

Reflections on leaving six decades of life in the U.S. for a new life in Italy

This past July, I got on a plane and left behind almost everyone and everything I've ever known and loved.  I moved from New York City, where I've lived since 1975.

So there was that.

Then, to complicate this transition exponentially, I've settled in a small town in Southern Italy. That's where, in a move that was years in the making, my wife and I reunited with our son, daughter, son-in-law and toddler granddaughter who live there.

My wife and daughter had relocated to Italy a few years ago to establish a new life for all of us. I stayed behind, visiting every six months or so, until ready to join the party.

So there's that, too.

The Big Question About Saying Goodbye to the Past

Question is: How are we supposed to say goodbye to our favorite friends and personal landmarks? Do we hold a party? Embark on a farewell tour? Ask the CDC for guidelines?

Of course, I've said goodbyes before -- that tends to happen if you make it to age 69 as I have. You say goodbye to your mother, father, grandparents and mother-in-law. You bid farewell to your high school, your first apartment, your jobs, your colleagues and your clients. Except this time, it would all happen at once. Call this my big goodbye.

Let me give you just an inkling how so.

I previously occupied a 20-story apartment building with some 1,000 tenants living above, below or alongside me. I've now traded that in for a one-story, single-family house in a town in Puglia with a population of 49,000.

Everything is different: the language, the currency, the government, the economy, the culture. Almost no one knows me. I'm more or less starting my life over.

How to Say Goodbye in the Pandemic?

In leaving home nowadays, I'm hardly alone. According to a Zillow survey, 11% of Americans moved during the pandemic. People worldwide also said goodbye to places other than homes: offices, schools, shopping malls and much more.

That's a lot of goodbyes.

Most research on life transitions focuses on how people cope with beginnings in life, rather than with foreseeable endings like mine. But a 2019 Motivation Science article, based on a series of studies, introduced the concept of "a well-rounded ending," defined as an ending marked by a sense of proper closure.

Titled "Saying Goodbye and Saying It Well," the researchers said an ending is "well-rounded" if "the person feels that he or she has done everything that they could have done, that they have completed something to the fullest, and that all loose ends have been tied up." The authors also demonstrated that a well-rounded ending facilitates "higher positive affect, fewer regrets, and easier transitions into the next life phase."

When the researchers looked at exchange students ending a visit abroad, they found the more well-rounded the ending — in other words, the more closure achieved — the more positive the students felt afterwards. The students also had less regret and settled back home more easily.

Overall, the researchers concluded that a well-rounded ending "helps people to create a clean slate and to effectively move on with the upcoming life phase."

The road show I envisioned for myself, giving me a last look around my U.S. establishments, promised to be likewise beneficial. I would gorge myself on revisiting everything key that I expected to miss. I would be reminded all too vividly how nothing much in life ever stays the same, least of all us. I would even come to feel, if only briefly, as I had felt then, in those places.

Returning to my New Jersey hometown would send me back to 1965. Once again, I would feel what I felt at 13, changing so fast, realizing how much I still had to learn, trying to figure out who I should or would be.

Planning to Return to the Key Places of My Life

This retrospective pilgrimage would enable me to conduct a sort of self-audit, a performance review of my whole life.

Maybe some lingering questions would finally be answered. Who was I then? Who am I now? Have I become who I wanted to be?

Nothing forces you to take stock, to reckon with yourself, more than saying goodbye to someone or something or someplace. It would be as if I could now administer last rites on my life as I knew it.

Now I would be ready to let everything go for good and yet hold onto it all for all time.

Maybe then I could reconcile my past with my future – swap the old for the new, the familiar for the strange, the predictable for the unexpected.

Maybe then I could package all the images I'd seen and sounds I'd heard into a highlight reel I could carry with me to my new home.

The exercise might even serve two highly practical, diametrically opposed purposes at once: Now I would be ready to let everything go for good and yet hold onto it all for all time.

"If you're making a major transition, you owe it to your new future to find closure on your prior life," says Gabriele Oettingen, co-author of the "Saying Goodbye" study and a psychology professor at New York University and the University of Hamburg.

"Take a step back to prepare for your ending," she advises. "That will enable you to move on focused, and ready to discover. Only then will you be likely to feel complete and ready to go."

How It Wound Up Happening

Goodbye to all my successes and failures, my expectations and experiments, my discoveries and disappointments.

Goodbye to the younger me, the baby in the Bronx, the boy in New Jersey, the new husband and father in Forest Hills, Queens. I promise to write.

"What we call the beginning is often the end," T.S. Eliot wrote. "And to make an end is to make a beginning."

As it turned out, I ultimately wound up skipping my victory lap. Mainly, I ran out of time. And the pandemic persisted.

But, I realized, going back to all the places I already knew so well would also have seemed redundant. I remember all I need to remember. No loose ends are left to tie up.

The time for looking back is over. It's time to look ahead. 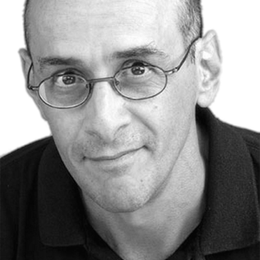 Bob Brody, a consultant and essayist, is author of the memoir "Playing Catch With Strangers: A Family Guy (Reluctantly) Comes of Age." Read More
Advertisement