How Grandparents Can Help Pay for College

Advice from the author of 'The Price You Pay For College'

Editor’s note: If you're a parent of a very young child or a tween or a teen, you may be fearful of the high cost of college and looking for assistance paying the tuition bills. Should you be fortunate enough to have one or more parents alive, perhaps they can help. In his new book excerpted below, "The Price You Pay for College," New York Times personal finance columnist Ron Lieber offers advice on how to ask, how grandparents can assist and what grandparents and parents should know about 529 college savings plans.

For many families, the total bill for college could well add up to more than what they paid for their homes. Add in the potential impact of those four years on the trajectory of any adolescent's life — and the fact that so many of our own hopes and dreams for our children are mixed up in the college choice — and the magnitude of the decision looms even larger.

Paying for College: A Complex and Fraught Decision

This is the most complex and emotionally fraught financial decision that many families will ever make.

If your own parents are still alive, still in the picture and more than merely solvent, perhaps you're hoping that they have their own plan to help. Maybe they've even let slip that they hope to pay for part of their grandchildren's education or have set aside some money already.

If so, you're incredibly lucky.

You probably know this, and as a result you may be reluctant to ask too many questions about their intentions. And maybe that's fine. If they show up in a decade with a pile of money, perhaps you won't have to borrow or spend money out of your current income. There's no need to ask them for any details just yet, given that their financial situation could change during that time, too.

But waiting to broach the topic with grandparents isn't practical for everyone.

Take this scenario: Your parents appear to be in a position to help, now or later, and they have made vague statements that they intend to do so. In the here and now, however, you don't earn enough to repay student loans, save for retirement, assemble a down payment, pay for child care and save for college. Help in any form would be welcome.

You're not ashamed to ask for it, either, but you're worried that even bringing it up could backfire in any number of ways.

A Script for Asking Grandparents for Tuition Help

If this sounds like you, consider the following script: "Mom, Dad, Moms, Dads, you have raised us right. You put me through all or most of college and taught me to work hard. I've done that and am doing that. Being a parent brings me joy that is second only, perhaps, to the joy you feel in being grandparents and watching me do what you did. But the struggle is real here, with costs that you didn't face or didn't face in such high volume. You've mentioned the possibility of helping, which is so generous. But in the absence of specifics, it's very hard to make a plan and set a strategy that will prevent even more struggle or sacrifice later. So, if you do have a plan, it would be great to know about it now. If not, that is okay, too. I don't expect it, but I would be grateful for help if it came, and knowing the details now would help alleviate the stress."

That sort of script is unlikely to lead to blowback. And if you're a grandparent yourself, wanting to help, this next sentence is the most important one: Do what you can right now if possible.

If you have $75 per month to spare for an infant grandchild, put it aside and watch it grow to $25,000. If your teenage grandchildren are borrowing for college, see about making the payments for them afterward if that's within the realm of possibility.

Grandparents may be able to help lower their adult child's stress of paying for college even if they have little money but plenty of time. If that's the case, they can help bring child care costs down by pitching in with grandchild care to make it easier for you to work longer hours or recover from having done so.

One way grandparents can assist with the cost of college is by putting money into a 529 savings plan for a grandchild.

When you do this, the money grows free of any federal and state income taxes and federal taxes on the earnings in the account over time. When the money comes out to pay for college, taxes aren't due either, as long as the funds are used for legitimate educational expenses. Even better, a majority of states offer immediate income tax breaks of various sorts in the year when people first deposit money.

There are two basic kinds of 529s, and most states have their own versions of each.

The first one is known as a prepaid plan where you pay for chunks of future college tuition at a set price for any given year. But state prepaid plans generally cover only state schools in that state. Often, families wait to start using prepaid plans until a child is in late middle school or early high school, when it may be clearer what kind of trajectory he or she is on.

The second kind of 529 plan is an investment plan, although states may use slightly different descriptions for it. This type looks a lot like a workplace retirement plan. There is an account administrator who offers up a menu of investments, such as stock and bond mutual funds. Then you deposit money into the plan and decide how to divide it up among the choices.

Grandparents can set up their own 529 accounts and name the grandkids as beneficiaries.

Some grandparents like having control of the money this way, for a variety of reasons. That's fine, although it may create some planning uncertainty for the parents about the circumstances under which the grandparents would not, in fact, use the money for their grandchildren's college expenses.

Bottom line: Before your parent puts any money into a 529 plan for your child, be sure that both of you fully understand the rules.

THE PRICE YOU PAY FOR COLLEGE.  Copyright © 2021 by Ron Lieber Reprinted here with permission of Harper, an imprint of HarperCollins Publishers 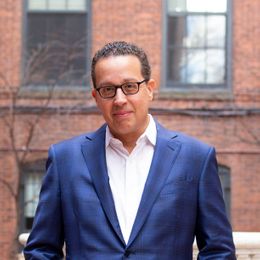 Ron Lieber is a New York Times personal finance columnist and author of "The Price You Pay for College" as well as two other bestselling books. Read More
Advertisement