How Tendinitis Changed My View on Mobility

Limping along in my walking boot, I felt vulnerable and conspicuous

Trapped in a walking boot, Velcroed up to my knee, I have posterior tibial tendinitis. It can be caused by overuse, an injury, high impact sports, flat feet or tight calf muscles. It's more common in women and in people over 40.

Posterior tibial tendinitis is a nasty-sounding name, yet a common running injury. I don't run — except to catch a bus. But one of the leg's most important tendons, attaching the calf muscle to the bones on the inside of my foot and holding up my arch, has swelled and rebelled.

Probable cause: overuse in tennis, a low-risk outdoor activity I embraced in the pandemic. Staying fit is a pain in the foot. Healing means I have to limit my walking for six weeks and let my tendon rest.

When you're injured, everyone has a medical degree. Or a horror story they're compelled to share about the same thing that happened to them, their partner, their fourth cousin twice removed, or some unnamed hysterical person on the Internet.

When you're injured, everyone has a medical degree.

'What Happened to You?'

Another neighbor perfunctorily asks, "What did you do to yourself?" as if it's my fault, then launching full-throttle into her autobiography: "I fractured my calcaneus — the bone in my heel. I was in a cast for a month and then a walking boot for two months — which was worse! I even had to sleep with it! I couldn't go to work for three months. Never went back to tennis."

Please don't tell me your worst-case scenarios, I want to implore, even though she's not trying to be unkind.

Stage One of Injury Recovery: No matter what plagues you, someone else has suffered more.

Trying to appear incognito, I want to hide from an eye surgeon neighbor, who demonstratively points to my leg brace.

"What happened to you?" he emotes as if I'm hard of hearing. Shouldn't he stick to cataracts?

Others attempt a joke: "I hope you're not just trying that on for size!"

An art director friend advises me to trade in my neon blue sneaker for a black one, curating my outfit into monotone invisibility. Shopping online for black sneakers, I think about handsome millennial men I've seen in orthopedic leg devices. They always look like macho war heroes, whereas I appear like a worn out, fragile has-been.

Taking baby steps, I see a woman approach, two decades older, ambling with a walker. She catches my eye. Momentarily we are peers.

Surprised By My Emotional Reaction

"All athletes get injured," my husband reassures me, as if I'm a U.S. Open star. He's trying to figure out how to re-affix my boot, which I took off to air out my feet and shed five pounds.

There are eight places to Velcro me in place, as if I need to be "put back together." I remind myself there are far greater problems in the world than my tendon. My handy husband, who can assemble anything, is having a tough time figuring out this medieval contraption.

I begin to cry, embarrassed for such an emotional reaction, already missing my independence. A few tears decorate the Velcro, a substance I haven't touched since the days when my daughter wore sneakers to preschool. Now the sound of it makes me wince.

On my first foray out in the world again, I have new worries. Will it be too windy and catch me off balance? Should I stay home in the rain? Stairs are my nemesis. I've sped by entrance ramps before without giving them much thought; now I search for "accessibility" for every outing. Harried pedestrians swerve around me, as if I'm in the sluggish right lane on the highway.

Feeling Vulnerable Out in the World

I'm surprised to be so hyper-aware of my temporary disability, exacerbated by how many people's eyes gravitate toward my boot. We may think we've become more accepting of people who look and act differently, yet my orthopedic boot is the first thing everyone notices. Are they just curious, wondering what's wrong? Or relieved that it's not them?

Clumsily clomping onto a bus, I notice the impatient faces of the walking well, annoyed at the extra 20 seconds I'm delaying their journey. I'm that older woman with a cane, the 95-year-old neighbor who used to play softball every day and suddenly navigates the world in a walker, the person in the wheelchair needing the bus ramp lowered and booting inconsiderate people out of the disability section.

My curative device feels dangerous, resting on a platform that rocks precariously.

My husband steps in. He's the most devoted partner, but he's not always naturally nurturing. Sprawled on the couch, I ask him for Advil to relieve my achy ankle; he brings the entire bottle without a glass of water. I learn to give him more specific instructions.

He orders me to sit, a loving command that makes me feel like I'm in dog obedience training. He unpacks grocery bags, sautés chicken, crafts a sauce of onions, red peppers and mushrooms, and spoons out perfectly cooked rice. Often, I've yearned to be taken care of, fatigued from work or child-rearing. Who knew I'd miss the daily burden of cooking?

My world is a maze of hazards: steps, wind, potholes, access to rest rooms. Everything takes longer, from getting dressed to traversing just a few short blocks.

Soon I submit to a wheelchair for a museum visit. At first my new vehicle feels powerful. People quickly move out of the way, creating a generous path. I'm Moses parting the Red Sea.

Yet I can't have a conversation with my chariot driver, behind and above me. My husband leaves me to look closely at a painting above my eyesight, not realizing I might feel stranded, unable to drive solo. My brain wants me to move, but I'm stuck in place.

My world is a maze of hazards: steps, wind, potholes, access to rest rooms. Everything takes longer, from getting dressed to traversing just a few short blocks. Getting to work is challenging. I must descend four steps to get into the building, too risky for my rocky boot. Relieved, I travel by ramp —only to reach a locked door, an entrance to a cafeteria kitchen closed for the day. I must limp around the block for building access.

One of my students at the university where I'm a writing professor had Cerebral Palsy and used a walker; he arrived at school a half hour early — just in case an unforeseen obstacle blocked his path. No other student has ever been so consistently on time.

I deliberate whether I should wait until people ask what's wrong, or just volunteer it. Should I conceal my discernible device under bell bottoms, or strap myself in over leggings for everyone to stare at, and see?

I decide on full disclosure of this apparatus designed to make me better. Stares be damned. I plod to the bus, hoping someone will notice and give me a seat. I'll gladly take it. And remain unsurprised when it's rarely offered.

In my ninth month of pregnancy, only women gave me their seats. One time I give up my seat for someone needier, gripping onto the pole as if on an amusement ride.

Three weeks into my limited mobility, I have lunch in a restaurant. The waitress immediately spots my walking boot.

"I have one too," she says like sharing a secret. "I should put it on." She disappears behind the counter and returns in her high-tech boot, demonstrating its air pump to stabilize her foot.

She details her cycling accident, losing control skidding over street grating in a bike lane. She needed surgery on her ankle. "The doctor said I should stay home, but I can't — I'm a waitress."

I caution, "Keep the boot on. Don't mess around with your recovery." Stage Five: Now I'm giving advice. I leave her an extra large tip, grateful to be able to do my work sitting down.

Epilogue: I'm walking home one afternoon just as school has been dismissed. As a group of energetic teenagers approach, my instinct is to sashay to the right, lest they bump into me. One girl is skipping along in her own boot. She beams at me and squeals, "Oh. My. God! We're twins!"

"We are!" I yell back, bonding with silly laughter. 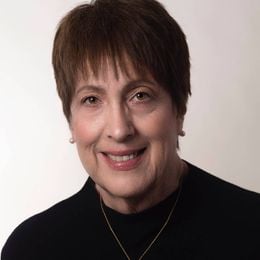