How to Be the Caregiver From Hell (When Necessary)

When the nurses were a few moments late giving Aurora Greenway's daughter, Emma, pain medication for cancer in the 1983 film classic, "Terms of Endearment," Aurora (played by Shirley MacLaine) let them have it. "My daughter is in pain! Give her the shot!", she belted out in an unforgettable fist-banging, gyrating fury.

And then, scaling to the top of her lungs: GIVE MY DAUGHTER THE SHOT! At that moment, she became the caregiver from hell.

I've been that kind of caregiver myself — and I encourage you to do the same when necessary, although it's best to tone down the histrionics.

My first time going (nearly) full Aurora was in 2016 when I took my then 90-year-old mother Estelle to the ER for a severe allergic reaction that caused her lips and tongue to swell so enormously I thought her airways would be compromised.

I started screaming, threatening at 2 a.m. to call the chief resident, while dialing my mother's well-regarded cardiologist.

It was July, a time of year when the new medical residents begin working. One of them gave my mother a shot of epinephrine, a powerful adrenaline medication known to bring down swelling — but which could have killed her.

Epinephrine punches up the heart rate, something my mother with her poorly functioning heart valve could not afford.

Repercussions for her heart would have happened quickly, so I relaxed for a moment, but then saw the newbie about to administer Round Two. I started screaming, threatening at 2 a.m. to call the chief resident, while dialing my mother's well-regarded cardiologist. I told them I simply would not let the new resident and the rest of the team do this.

I shouted that I would sign a waiver. I even offered my own idea of what to administer instead, prednisone, a well-known anti-inflammatory. Whatever it took.

And then, probably fed up, they stopped.

The doctors admitted my mother for a night for observation. I was so concerned they'd try this dangerous stunt again that I sat in a chair by my mother's bed all night. They even administered the prednisone I suggested (proud of myself). She went home the next day.

Years later, I ramped up my Caregiver From Hell character again for my 15-year-old daughter Anna when both of us were in the ER after a car accident. This time I couldn't scream. The airbag released during the crash had broken my sternum, and just breathing was painful.

So, I whisper-growled insistence from the gurney. At times, I pleaded.

The trauma team in the pediatric wing of the ER had wanted to give my daughter a CT scan (a medical imaging technique using X-rays) for what seemed to be a minor injury to her neck. I had just finished writing, literally at 4:30 p.m. that afternoon, a chapter about the potential perils of unnecessary CT scans for my book "Health Your Self" (which Next Avenue excerpted in "Should I Get That CT Scan?")

Radiation from CT scans can be hundreds of times that of conventional X-rays. Cancer can take 20 or more years to develop if DNA gets irreparably damaged, so kids, with their long life still in front of them, are particularly vulnerable to any consequences — however rare.

Most of us when faced with the unpredictable vicissitudes of illness will try to wrest the situation from uncertainty.

I kept talking about the research I did, like some smartiepants. I didn't want my daughter to undergo a CT scan unless it was absolutely necessary. I begged for a non-radiation emitting MRI instead (MRIs use a strong magnetic field and radio waves to create an image).

The team relented, likely thanks to a national campaign called Image Gently, something I kept reminding them of, which urges prudence when it comes to CT scans for kids.

And it was a success. The MRI showed that my daughter had compression fractures in her vertebrae. As it turned out, MRIs are the best way to find these types of fractures.

Why do we do it? Why do we caregivers insist, cajole and pour ourselves into the plight of the ones we love?

Watching them suffer is often harder than it would be to suffer ourselves. We become driven to do something, anything to make it stop. Many times, those who become caregivers from hell are people accustomed to exerting control elsewhere in life. But also, most of us when faced with the unpredictable vicissitudes of illness will try to wrest the situation from uncertainty.

How to Get the Medical Care Your Loved One Needs

It's also a biological imperative, an instinctual need to protect and help an imperiled loved one. Even if we go slightly off the rails in the process.

But how can we modulate our instincts so instead of ranting, we negotiate effectively with doctors to get the best possible care?

My advice: prepare in advance to reduce tensions later on.

If you're taking care of an older person, maybe your parents, it is critical to have them sign an advance care directive, also called a living will. This is a legal document that spells out the actions they want taken if they become too ill or incapacitated to make that clear at the time. Not so incidentally, it provides you with a set of guard rails, so you know how far to go when advocating for them.

You can also de-escalate some friction with doctors by having your parents or other older adults in your life sign a document called a health care proxy. That authorizes someone else — like you — to make decisions for them.

Doctors hate what are called "triad" encounters where everyone is weighing in at once and they don't know who is the rightful decision maker.

Having one appointed voice will help foster a kinder, gentler approach to caregiving.

To ease caregiving for your teenage or young-adult kids, you — and they — must stay up to date on any ongoing problem such as asthma or stomach woes. You might also want to check out local hospitals that have a pediatric wing (the age limit is usually 21, sometimes older). That way, you can feel less anxious, and be less likely to lose it, knowing you are in the hands of specialists who see kids their age all the time.

Now is the time to find an expert whom all of you trust, and who can talk, with genuine clout, to emergency room or other physicians as an advocate should the need arise.

Still, there is no shame in loudly sticking up for a loved one. If you think something isn't going right, trust your instincts, keep up the pressure and get answers.

And if you must, channel Aurora. 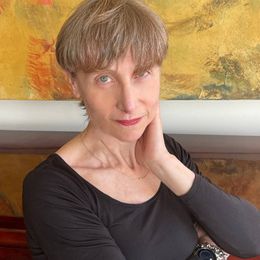 Janice M. Horowitz, author of "Health Your Self," is a former veteran Time magazine health journalist who created and hosted the public radio segment,"Dueling Docs: The Cure to Contradictory Medicine." She has also contributed to The Economist, Allure and The New York Times. Read More
Advertisement