How to Retire Well After Big Investment Mistakes

This pair bounced back by making a few smart money moves

(This article originally appeared in the new free ebook, The Definitive Guide to Becoming The Retiree Next Door from MoneyTips.com.)

Retirees Steve Schullo, 67, and Dan Robertson, 73, pulled off a neat hat trick. Despite losing more than half a million dollars nearly overnight in March 2000, a mere three months before Dan’s retirement, they are now happily retired with a $1.5 million nest egg, a gorgeous home in Rancho Mirage, Calif., and a 2014 Tesla in the garage.

According to conventional retirement wisdom, Schullo and Robertson should not be enjoying their comfortable (and in some ways lavish) retirement.

Not only did they face a huge loss, these two career educators made many other missteps in their planning:

Schullo and Robertson live primarily off their pension and Social Security benefits that come to about $75,000 per year and plan to maintain the principal of their nest egg indefinitely.

Their success story highlights that the path to retirement does not have to be perfect, as long as you make intelligent decisions along the way. Here is what you can learn from them:

Schullo’s first experience with investing for his retirement was through an insurance agent selling annuity products at the school where he taught. Even though it was unclear how the agent was compensated — which made Schullo somewhat wary — he went ahead and purchased an annuity from her.

But that turned out to be a mistake.

The rates promised by the insurance company in the promotional literature did not match the actual rates he saw. Buried in the fine print was the caveat that the insurance company could reset the rates as it saw fit. When he discovered the bait-and-switch tactics, Schullo realized that it was foolhardy to trust others with his retirement decisions. He needed to understand exactly how the investment process worked.

“You have to be involved in your own investing,” he says. “And you do not have to be a professional or earn an MBA to be an educated consumer.”

Upon coming to this realization, Schullo and Robertson decided to learn as much as they could about their options to figure out what would help them grow their money.

Schullo and Robertson started following the work of John C. “Jack” Bogle, founder and retired CEO of The Vanguard Group. Bogle focuses on common-sense investment strategies, with a particular emphasis on the impact of fees.

Just as your investment returns compound over time, so do your fees. For instance, a 2 percent annual fee on a mutual fund will eat away nearly two-thirds of your investment over a 50-year time frame.

For this reason, Schullo and Robertson adopted a strategy of investing in low-cost index funds so they could keep their compounded interest, rather than lose it to fees.

While it is nearly impossible to avoid any annual fees, they are not the only charges you need to watch out for. To avoid losing more of your hard-earned money to additional fees, Schullo tells everybody one simple what-not-to-do rule: “Never pay a commission when investing.”

Possibly the most overwhelming moment in Schullo and Robertson’s path to retirement was the day they lost more than half of their portfolio when the dotcom bubble burst. “We thought we were diversified,” Robertson says. “We had hundreds of tech stocks. It didn’t occur to us that an entire sector could be experiencing a bubble.”

Though they were frozen and stunned by their loss, they kept their money in the market — which is exactly the right course of action for shell-shocked investors after a market correction. Otherwise, investors who cash out post-correction make their losses permanent.

Two things helped Schullo and Robertson recover from this mistake.

First, they stayed levelheaded at every point in the bubble. “Our overnight loss was on paper,” Robertson explains. “We had not changed our lifestyle in any way because of how well our investments were doing, so we didn’t lose anything tangible when the market took a dive.”

In addition, the crash spurred them to adjust their investment strategy. After 2000, they began to invest in the whole market, because the whole market will rise over time. This strategy allowed Schullo to retire in 2008, during the next big market correction.

3 Tips to Recover From Missteps

Schullo and Robertson offer the following three tips for any worker hoping to retire after a misstep or two:

1. Live frugally and avoid debt. Both men grew up in small homes and were used to making do. That meant they saw no need to go into debt just to be able to buy impulsively and keep up with the Joneses. Frugal living was what allowed them to weather the bursting of the tech bubble.

2. You can insulate yourself from the effects of inflation. Schullo and Robertson are committed to energy conservation — hence the Tesla and solar panels on their house to power both. However, their conservation is not just about helping the environment. It is also a way to protect themselves from the inflation of energy prices.

You don’t have to put up solar panels or buy an electric car to do this. Simply being more mindful in your spending can help you avoid inflation’s bite.

3. You don’t necessarily need a financial manager. “There is nothing mysterious about investing,” Schullo says. “Anyone can educate him or herself. But CNBC and its ilk all try to make finances opaque.”

Schullo recommends finding a fiduciary planner through the National Association of Personal Financial Advisors if you really want help handling your own investments. “But you do have to be somewhat involved,” he cautions. “Go for low-cost, diverse, indexed mutual funds.”

Schullo and Robertson are thoroughly enjoying their retirement, despite the ups and downs it took them to get there. Their experience has helped them to understand that a successful retirement is within reach for anyone. “There is hope,” Schullo says. “But you have to learn a little bit about investing.” 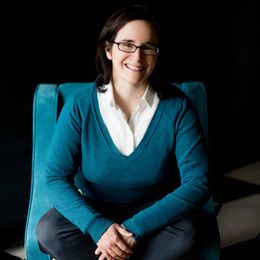 Emily Guy Birken is an award-winning finance writer who specializes in personal finance. She is the author of "The 5 Years Before You Retire" and has written for Business Insider, Kiplinger, MSN Money, Forbes and The Washington Post online. Read More
Advertisement