Imagine: It's Been 40 Years Since the Death of John Lennon

Along with fellow mourners back then in New York City, the author felt grief for the end of an era

On a chilly night in December 40 years ago, a gunshot extinguished the remaining idealism of a generation. And in a brief, violent moment, hope had died yet again for me, with the shooting of John Lennon.

As New Yorkers have always done in times of both celebration and tragedy, we took to the streets in a primal need to connect with one another. December 8, 1980, the day Lennon was killed, would be no different. Shocked and stunned crowds of mourners, tears streaming down their faces, gathered spontaneously near Lennon's famed apartment building,The Dakota, lingering until dawn outside the very place he had been shot only hours earlier.

The senseless killing of our icons in our still-young lives had tragically become all too familiar to those who grew up in the 1960s. Now, at 65, I remember that bone-chilling night in December as vividly as when I heard the news of the assassinations of John Kennedy, Martin Luther King and Bobby Kennedy.

A Sad and Unexpected Announcement

It was just an ordinary Monday. The New York City streets were clogged with vendors hawking Christmas trees and holiday shoppers trying to get their hands on a Rubik's Cube, that year's "must-have" Christmas gift for kids. The hostages in Iran were spending their 401 days in captivity and it was becoming old news. Barely a month had passed since Hollywood actor Ronald Reagan had become our President-elect.

I had settled in for the evening at my third-floor walk-up on East 18th Street, preparing for another late night of work. A student at the School of Visual Arts, I had yet to complete an illustration assignment due the next day. At the ready was a supply of frosty pink cans of Tab to get me through the night.

The airwaves were filled with crying and shared grief.

As usual, my Pioneer radio was on, set to 102.7, WNEW-FM, its music taking take me through the wee hours. Painting a canvas to the music of Queen, Bruce Springsteen and Rod Stewart got me into a groove.

When DJ Vin Scelsa took over the 10 p.m. time slot as usual, I took little note. But when the legendary broadcaster broke in with an announcement, I dropped my paintbrush, creating a cadmium red slash on my Calvin Klein Jeans, and froze.

"I have the extremely sad task of informing you that John Lennon died tonight," he said, barely able to keep it together as he struggled to get out the words.

Grief-stricken and in a state of suspended disbelief, I became glued to the radio, ignoring the ringing telephone as my answering machine quickly became filled with messages from distressed friends.

The airwaves were similarly filled, with crying and shared grief. Devastated Beatles fans without the benefits of Twitter in those days took to calling in to radio stations to share their anguish on air, desperately seeking information.

"This can't be true!" cried more than one inconsolable listener. "They've killed him, they've killed John Lennon," wailed others. "How could something like this happen in New York?," one caller asked, tormented.

Crowds in the Cold Outside The Dakota

I loved that John Lennon considered himself a New Yorker. He had made it his home. In my early 20s, so had I. That he had lived so contentedly as an artist in the place I called home was special. That he was killed in the city I loved was devastating.

As the evening wore on, reports began circulating of a vigil taking place outside Lennon's residence on the Upper West Side. Despite the late hour, I didn't hesitate. I knew where I needed to be. It felt essential to join the more than 600 singing, chanting and crying fans who would spend the evening till early dawn outside The Dakota.

How many times had we witnessed our sense of idealism and optimism slowly snuffed out by an assassin's bullet?

Hailing a yellow Checker cab, I raced uptown from my apartment and soon saw the crowds that had gathered outside the iconic apartment building across from Central Park.

Looking up at the formidable fortress-like landmark, its iron gates now covered in black bunting and flowers, it seemed incomprehensible that only hours earlier, Lennon had been shot as he entered this storied structure with his wife, Yoko Ono.

I edged my way into the growing sea of pea coats and parkas, surrounded by others of my generation; we stood together bereft in shocked solidarity. How many times had we witnessed our sense of idealism and optimism slowly snuffed out by an assassin's bullet?

Yet the horror of this one seemed inconceivable. That the life of a man like John Lennon, someone with such penetrating genius, who moved us to imagine a world of peace right along with him, could end in such an abrupt and violent way was devastating and impossible to comprehend.

A Beatle had been killed.

Memories of The Beatles

So many boomers like me recall first seeing The Beatles on a February night in 1964; I was only 8 at the time and it remains an indelible memory.

Along with most Americans, Sunday night was Ed Sullivan time at my house: At 8 o'clock, along with 73 million other viewers, my family had gathered around our TV set in the living room to watch the very first live television appearance of that British import. My own parents tuned in just to see what the heck all the fuss was about with this Moptop foursome.

While my parents sat a safe distance away from the set, I plopped myself down as close as possible to get a good look at The Fab Four. They opened with "All My Loving," muffled by the screams of besotted teenage girls in the audience, and for their closing song they pleaded with us that "I Want to Hold Your Hand." Yeah, yeah, yeah!

The Beatles burst into our lives at a primal moment, only 77 days after President Kennedy had been assassinated, the first of our shared childhood traumas. The sense of possibility that had been so prevalent in those early years of the New Frontier, which Kennedy beckoned us into, had died on November 22,1963.

To fill this emotional and spiritual void, we quickly related to a group of young men: vibrant, upbeat, irreverent, a departure from the past. Like JFK, they were smart, quick-witted and energetic. We could easily transfer the sense of hope onto these four lads from Liverpool.

Most girls had their favorite Beatle. John was mine.

Grieving a Loss of Hope

Sixteen years later, the frigid night air was filled with quiet sobs and sorrowful singing from lifelong fans as we stood in vigil for John Lennon.

Some carried Beatles posters, albums and homemade signs. Soon, candles appeared in the windows and people in the crowd lit matches or plastic Bic cigarette lighters, filling the dark night with light.

There had always been a hope that the Beatles would get back together.

But it wasn't just adults filling the streets. Despite the late hour, some of the grieving brought their young children, bundled up in snowsuits and mittens; others gently rocked baby strollers in time with the music filling the night air.

Music emanated from portable radios or from a Sony Walkman and sang along with The Beatles, tears in their eyes. One group of people would start singing "All You Need Is Love," reverberating for city blocks, then others would applaud and start another Beatles song.

In time, I joined in the muffled chanting of Lennon's "Give Peace a Chance," while others choked out the lyrics to his "Imagine." Now the unimaginable had happened.

A mourner in the group called for a moment of silence, and for a minute, the crying and the singing ceased. We were grieving not only for John Lennon's death, but the death of an era — for a rock star who symbolized our youth.

Before Lennon's death, you would be hard-pressed to find a boomer of that time who didn't secretly hope for a Beatles reunion. After their 1970 breakup, there had always been a hope that The Beatles would get back together.

As long as The Beatles themselves were all alive, people could kid themselves into believing there might finally be one final concert, one more album.

That hope, too, died on that chilly Monday night. 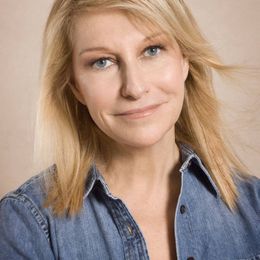 Sally Edelstein is a New York writer and award-winning collage artist curating the cultural clutter of mid-century America. Her blog Envisioning the American Dream  digs deep into American mythology, pop culture, advertising, entertainment and history over  the past 80 years. Her work has appeared in Independent, NextTribe, Kveller, Huffington Post and she is the author/illustrator of “This Year’s Girl.” Read More
Advertisement