Octogenarian Sukari Addison and millennial Kathleen Toohill met through the My Life, My Stories program in San Francisco and have been fast friends ever since

Editor’s note: The Investigative Reporting Program at the University of California, Berkeley, Graduate School of Journalism reported this story through a grant from The SCAN Foundation.

On her 85th birthday, Sukari Addison spent the day walking around San Francisco with a young woman who would become essential to her life. Their fast friendship formed under lockdown in 2020 and sustained them through the COVID-19 pandemic.

In March 2020, as people were being told to shelter in place, Addison met 31-year-old Kathleen Toohill over the phone. Each had signed up with My Life, My Stories, a San Francisco nonprofit that builds intergenerational relationships while preserving personal histories.

They met for the first time in person the following month, on Addison's birthday, when they strolled through the eerily quiet city streets, COVID-19 masks plastered uncomfortably across their faces. At that time, 34 people had died of the coronavirus in San Francisco County — a number that would grow to more than 600.

Toohill brought homemade chocolate chip pecan cookies on their walk. "And I ate them all," Addison recalled.

"We were glad to see each other, but it was almost like we'd seen each other before."

"We were glad to see each other, but it was almost like we'd seen each other before," she said.

A month later, on Mother's Day, they walked up the hill to Grace Cathedral. And they've taken many more walks since then — around Nob Hill and through Lafayette Park.

They walk and they talk. Or sometimes they don't walk, but just talk on the phone or through Zoom, about their families, education, travels and relationships.

"We don't get political together," Addison said on a recent Zoom call.

The Need for People to Form Connections

Normally, My Life, My Stories pairs younger people with older ones for the purpose of recording older adults' personal histories. But when the pandemic hit and older people began dying of COVID-19 at an alarming rate, the organization's 32-year-old founder and executive director, Brittany Bare, shifted the focus to more immediate needs.

She asked for help delivering groceries, medications and other supplies to those sheltering in place. And Bare wanted to meet the need for personal connections that she knew would be important. Toohill immediately signed up.

"I felt like everything was spinning out of control and this was like a little, tiny way to try to reassert control," Toohill said.

The bridging of generations is what Bare set out to do when she started My Life, My Stories. It's what happened to her in 2016, when she temporarily moved back into her childhood home in Ohio and spent significant time with her grandmother.

Outside of family gatherings and holidays, the two had never had a one-on-one conversation. Bare says she knew her "Gram" as a relative, but not as a person.

Bare was then in her 20s and unemployed; Gram was in her 80s and there to talk to. Before she passed away in 2018, Gram had shared the autobiographies of her parents with her granddaughter, which left a strong impression.

A Way to Fight Isolation

Bare started My Life, My Stories in 2017 by walking into nursing homes and asking people to share their stories — especially women and people of color, whose stories are often left out. She made a physical personal history book for each participant, working alone for the first year and a half.

After registering as a nonprofit, My Life, My Stories held its first live event at Adobe Books in San Francisco's Mission neighborhood: "Real Life. Told by SF Seniors."

More than 100 people, most of them younger ones, showed up to hear a small group of older people talk about their lives. From the turnout, Bare knew the organization could forge friendships across age groups.

"I thought the most meaningful outcome of this process, and from what volunteers are telling [us], is the ability to speak to people who are different generations," she said. "And that's the same with the seniors."

"Having a young person care for you like that makes you feel strong...It's a good feeling to have a friend, a daughter, a buddy."

The older population is exploding across the country. In San Francisco, 1 in 5 residents is 60 or older, according to the San Francisco Department of Disability and Aging Services. By 2030, that number is expected to increase to nearly 30%, making older residents the fastest growing age group in the city.

Additionally, 30% of older San Franciscans are living alone. That isolation, says Bare, is part of why My Life, My Stories shifted towards intergenerational connection.

Before the pandemic, pairs would meet at least once a month, recording their conversations. After six months or so, the subject would have a digital record of their life story, as well as a new friend. Bare estimates that after four years — hosting in-person events, pairing participants, and working with other organizations — My Life, My Stories has connected close to 5,000 people. (The nonprofit is expanding its reach, with a new opportunity for volunteers at Curry Senior Center in the Tenderloin in San Francisco and an in-person event on Nov. 6.)

Addison and Toohill are among the many who have grown close through the program. They've spent time together with Toohill's parents in San Diego, attending church services, going out to dinner and visiting the zoo.

"I feel like she's part of the family, in a way," Toohill said.

When they first met, Toohill and Addison would talk on the phone for 30 minutes, every Monday and Wednesday morning. A few times, Toohill offered to get her groceries or run errands. She stopped asking because Addision kept saying no.

There was never any agenda for their conversations. My Life, My Stories gives pairs a list of icebreaker questions: "What's your earliest memory? Where did you grow up? What was your family life like?" Those questions focus on the older members, but Toohill and Addison were equally interested in each other's lives.

Toohill said they clicked from the first phone call. As the conversations continued, the five decades between them faded into discussions about each other's life journey — Addison talked about having three children in her early 20s, Toohill about the ups and downs of dating during a global pandemic.

On their first call, Addison acknowledged that she had plenty to learn, even in her ninth decade of life. After that, the conversation always felt like a two-way street. "I grow through her growth," Addison said.

A year ago, Toohill left the Bay Area to be closer to her job in Washington, D.C. But she hasn't forgotten her friend.

In terms of attitude and mindset, Toohill called Addison "one of the youngest-seeming people I know."

In August last year, Addison fell ill, and she and her partner tested positive for the coronavirus. Toohill brought them food and stayed in almost constant touch with Addison, whose four children and other relatives live out of the area.

Addison's condition worsened, and she felt sick enough to go to the hospital. Toohill, who didn't own a car at the time, talked to city officials and doctors on the best way to get her there, then arranged for a Lyft ride. While Addison was in the hospital, Toohill checked on her partner.

"At my age, that was pretty touch-and-go," Addison said.

After two weeks and an additional pneumonia diagnosis, Addison came home. Toohill helped her through the transition and made Addison promise to routinely check in with her. Addison forgot to do that one day, prompting a scolding from her worried friend.

"Having a young person care for you like that makes you feel strong," Addison said. "It's a good feeling to have a friend, a daughter, a buddy."

A year ago, Toohill left the Bay Area to be closer to her job in Washington, D.C. But she hasn't forgotten her friend. They've talked about making a podcast that chronicles their relationship and experience together. And they still chat regularly — every Monday and Wednesday morning.

"I would catch myself looking at her as one of my children," Addison said. "I'll never die as long as she lives." 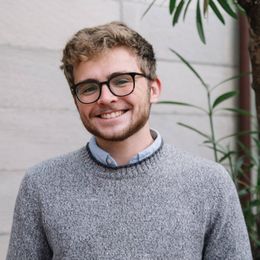 Zachary Fletcher is a writer at the Investigative Reporting Program at the University of California, Berkeley, Graduate School of Journalism. The IRP reported this story through a grant from The SCAN Foundation. Read More
Advertisement