Intergenerational Relationships on Television Are Coming Back

Some new programs, like 'Hacks' and 'Slow Horses,' show how different generations can work better together than alone

In her most recent book, "Breaking the Age Code," Yale psychologist Becca Levy bemoans that television is not doing a better job representing older adults despite the fact they are the demographic watching the most television.

Even with the small numbers Levy cites (under 3% of TV characters being "old") and concern about stereotypic roles contributing to ageism, a new trend in television featuring intergenerational relationships provides hope.

One cannot help but to be thrilled that a number of recent critically acclaimed series display a much more complicated relationship between the generations.

While academics and others have written a lot on the benefits of intergenerational contact, from sources like the Eisner Foundation, the entertainment industry often focuses its programming on one demographic, usually younger people, perhaps to satisfy advertisers.

Often, if there are characters with an age divide, the plot revolves around the older character being a wise sensei, like Pat Morita's Mr. Miyagi in "Karate Kid" (1984), to a younger impressionable devotee. Or, as a recent study by Amica Senior Lifestyles revealed, the roles going to actors over sixty were often "villains" with younger co-stars being the heroes.

Amid this backdrop, then, one cannot help but to be thrilled that a number of recent critically acclaimed series display a much more complicated relationship between the generations. The real standout of this type of show comes from HBO Max, "Hacks," which just finished its second season and has received multiple 2022 Emmy nominations.

"Hacks" stars Jean Smart as Deborah Vance, a stand-up comic who has been a Las Vegas legend, but now faces pressure to update her long-standing shtick. When Deborah's talent agency sends inexperienced Ava Daniels (Hanna Einbinder) to help with this task, it is not an instant "love connection" on either of their parts. Deborah comes off as a demanding prima donna who wants to stick with what she knows, and, Ava, running away from personal and professional problems, desires a much more stable and understanding employer.

Season one hinted that this problematic arrangement could bring positive change into each woman's life, but it is during season two that audiences see more clearly how their intergenerational partnership offers the opportunity for mutual growth.

Under the shadow of lawsuit that Deborah has brought forth against Ava for breaking a non-disclosure agreement after a stressful interaction between the two, they hit the road in a luxury tour bus — complete with a master bedroom for Deborah and a top bunk for Ava — to try out some new material at smaller venues.

Learning From — and Teaching — Each Other

Ava slowly becomes the impetus for changing the comedy routines, as she tries to convince Deborah to find a more authentic "voice," even though the results are not immediately great. Since Ava is also forthcoming about her bisexuality, she helps Deborah embrace a more open attitude about sexual matters, which proves helpful (at first) when a scheduling mistake lands them on an all-lesbian cruise.

People who have written about the value of intergenerational relationships emphasize the reciprocal nature of those bonds. Satya Moolani, for example, in a 2020 piece "The Value of Intergenerational Relationships" on the Changing Aging web site writes about the importance of not seeing "one generation filling in the gap for what's missing" but rather, "both generations" recognizing that "they have something to contribute and gain from the relationship." In "Hacks," the impact that Deborah has on Ava may not be as clearly discernible as the changes in Deborah's comedy, but they are profound nonetheless.

Ava brings her father's ashes in a tennis ball container on the road with them, and when the tour manager accidentally throws them out, Deborah insists on going back to look for them, even though it means not being able to perform at a sold-out show. Her insistence that Ava's attachments matter and are worth sacrificing her own personal gain provide a huge boost of moral support to Ava, who is self-critical and often filled with self-doubt.

A beautiful scene that shows their reluctant trust of each other is in an episode called "Retired," in which Deborah teaches Ava, who does not know how to swim, how to float. The scene is all the more poignant since it is preceded by Deborah's encounter with a former rival female comic, who she once did not treat well in a competitive moment. Deborah and Ava together learn that humanity is better served by women "having each other's backs," shown as Deborah literally holds up a floating Ava.

Other prominent television shows that feature intergenerational relationships also revolve around work. This premise makes perfect sense in that the numbers of workers over 65 are continuing to grow and the Bureau of Labor Statistics predicts the greatest surge in employment for 2030 to be those over 75.

Deborah and Ava together learn that humanity is better served by women "having each other's backs," shown as Deborah literally holds up a floating Ava.

Seeing Through the Stereotypes

"Slow Horses," a TV show that premiered earlier this year on Apple TV, at first seems to be another antagonistic relationship between characters who are decades apart. Sixty-four-year-old Gary Oldman plays Jackson Lamb, who oversees the Slough House, where the United Kingdom's Security Service sends agents who have performed badly.

Lamb appears to be an anti-mentor of sorts, with his disheveled office and constant drinking, all of which will stand in contrast to his newest member, River Cartwright (Jack Lowden), apparently a dutiful agent involved in problematic training exercise. In the course of six episodes, the two men, who seem nothing alike, find joint inspiration and recognize they may actually need each other and the strengths each provides.

Another intergenerational work relationship worth mentioning occurs in a different Apple TV series, "Tehran," from Israeli writer and producer Moshe Zonder. The series, which has won an International Emmy award for Best Drama, centers on Mossad Agent Tamar Rabinyan (Niv Sultan) on his first undercover mission to derail a nuclear power operation in Iran.

In season two, Glenn Close is introduced as Dr. Marjan Montazeri, a British psychologist who is working undercover for Mossad. At first, it seems as if the spy agency has asked Montazeri to keep an eye on the rookie Rabinyan, since she may be experiencing PTSD from events happening in season one that could make her a liability as an agent.

Relationships Improve in Real Life, Too

As the season develops, however, Montazeri becomes less an overseer for Mossad and more of team-player with Rabinyan. The younger agent's desire to make decisions for herself (like not leaving Iran when directed and trying to hatch an unlikely plan to kill the general responsible for her aunt's death) seems to affect her older colleague, who also becomes more brazen and independent in her thinking. But, again, the impact is mutual. One of the final episodes has the younger agent checking with Montazeri before she makes yet another bold move and thanking her for being on her side.

These television shows with diverse ages represented are a reminder of studies that show positive outcomes for business with more age integration. Levy quotes a Harvard Business School report that that revealed less absences and more "productivity" for groups of workers with mixed ages.

In the future, one should wish for continued depictions of these powerful intergenerational relationships on the screen and in real life. 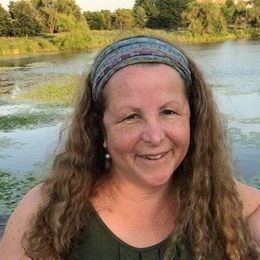