It’s rarely welcome news. Your primary care physician is retiring. Or maybe the specialist you’ve been seeing isn’t covered by your new insurance plan. Whatever the reason, you’re faced with the prospect of finding a new doctor. While this can be daunting for anyone, it’s often more stressful for lesbian, gay, bisexual, transgender, queer (LGBTQ) people, especially those of the boomer generation and older.

The National Institute on Aging reminds anyone seeking a new physician that a doctor-patient relationship is a “partnership.” Patients should feel comfortable and confident, at ease asking questions and satisfied with answers.

While LGBTQ boomers should expect nothing less, over 50 percent surveyed for Still Out, Still Aging said they fear not being treated with dignity and respect by health care professionals. As a result, nearly one in four is not out to their primary care physician, according to Caring and Aging with Pride: The National Health, Aging and Sexuality Study.

Even those who’ve not been denied or received inferior care “have spent the majority of their lives concealing their sexual orientation and gender identity from others, including health and social service providers, ever cognizant of their community’s historical experiences of discrimination and victimization,” the report says.

Knowing the Stigma Was There

This was true for Dr. Jesse Joad, 68. “It was out of fear,” says the president of GLMA (an LGBT health advocacy group previously known as the Gay and Lesbian Medical Association) in Washington, D.C., and a professor emeritus of the University of California Davis School of Medicine. “I knew the general stigma, so didn’t tell.”

Lisa Beckstrom, 58, of Minneapolis, also recalls withholding her sexual orientation in her 20s and 30s. The recently retired U.S. postal worker says, “It was my own internal homophobia. I had a hard time accepting my sexuality.”

Eventually both women came out as lesbian to their providers. “It’s important for my physician to totally know me,” Beckstrom says. “Sexuality is a huge component of who I am. It affects my health, my psyche.”

Risks of Non-Disclosure by LGBTQ People

Diagnosis of serious medical problems may be delayed, increasing the risk of disability or severe illness, and contributing to significant physical and mental health disparities among LGBTQ people. As of 2016, sexual and gender minorities are designated a “health disparity population” by the National Institute on Minority Health and Health Disparities.

It’s for these reasons that finding an LGBTQ-friendly or culturally competent health provider is so crucial, says Joad. “As someone who’s getting older, it’s important to receive appropriate care. The provider should understand the social milieu of the person they’re working with. They should know the patient’s partner and who’s in their circle of social support,” Joad notes.

Cayo Gamber’s experiences illustrate how frustrating, if not alienating, encounters with health professionals can be.

An associate professor of writing and women's, gender and sexuality studies in Washington, D.C., Gamber, 59, recounts that “some health-care providers would ask me about contraception and I would say, ‘I am a lesbian,’ and they still would ask about providing me with birth control pills, and I would say, ‘I am a monogamous lesbian,’ and they still would look unsure about whether or not they should be prescribing birth control. I quickly learned to say ‘monogamous lesbian’ at every visit and yet there still were questions about contraception.“

Stories such as Gamber’s are not uncommon. This is because so little attention has been given to  LGBTQ health in medical training, says Joad. She is encouraged that, “a new generation of medical students is agitating for LGBT material to be added to the curriculum.”

As equity and inclusion education manager for Rainbow Health Initiative in Minneapolis, John Parker-Der Boghossian is on the frontlines of change. Part of his job is to offer LGBTQ intercultural competency and implicit bias trainings to health providers, helping them assess and address biases, stereotypes and assumptions that impact their relationships with patients.

Participants may learn it’s wrong to assume that “’straight and married’ means a patient is only having sex with women or only with his wife,” he says, or a transgender woman doesn’t need a prostate exam, a transgender man a chest exam or that “just because a patient is gay and single he should be treated liked the whore of Babylon.”

They also become more culturally competent about bisexual, transgender, asexual and pansexual identities, and how race impacts the health needs of LGBTQ people of color. This is important because those with the most marginalized identities often have the most negative experiences with health providers and therefore experience the most alarming disparities.

While peers are good sources to turn to when seeking a new health provider, online directories are another reliable resource. These easy-to-use online tools can be especially valuable for rural residents with more limited choices, says Joad, an Iowa native.

Once a decision has been made, evaluate the provider and remember you can always switch if you’re unhappy.

Upon meeting with your provider, there are topics you should discuss. GLMA has developed lists specifically for lesbians, gay men, bisexuals and transgender patients. You may also want to consult the National LGBT Health Education Center’s “Do Ask, Do Tell: Talking to Your Health Care Provider about Being LGBT” and Rainbow Health Initiative’s Patient Toolkit.

“This is a transitional time,” cautions Joad, which means providers will make mistakes. “What’s important is that they learn and fix them.” If they don’t, remember there are other options.

For Lisa Beckstrom, finding trusted LGBTQ-friendly health providers has made a world of difference. Besides guaranteeing better health care, “the very fact that my doctors have been accepting has made it easier for me to accept who I am. It’s helped me in my coming out process to freely say to a professional, ‘This is who I am.’ If I had a positive experience there, maybe I’ll have a positive experience coming out to someone else, my car mechanic maybe.”

Why Aging and Caregiving Are Harder for LGBT Adults 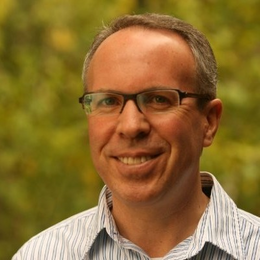