Sharon Clark is able to get her life-sustaining cancer drug, Pomalyst — priced at more than $18,000 for a 28-day supply — only because of the generosity of patient assistance foundations.

Clark, 57, a former insurance agent who lives in Bixby, Okla., had to stop working in 2015 and go on Social Security disability and Medicare after being diagnosed with multiple myeloma, a blood cancer. Without the foundation grants, mostly financed by the drug makers, she couldn't afford the nearly $1,000 a month it would cost her for the drug, since her Medicare Part D drug plan requires her to pay 5% of the list price.

"It's just strange you have to make a decision about your treatment based on your finances rather than what's the right drug for you."

Every year, however, Clark has to find new grants to cover her expensive cancer drug.

"It's shameful that people should have to scramble to find funding for medical care," she said. "I count my blessings, because other patients have stories that are a lot worse than mine."

Many Americans with cancer or other serious medical conditions face similar prescription drug ordeals. It's often worse, however, for Medicare patients.

Unlike private health insurance, Part D drug plans have no cap on patients' 5% coinsurance costs once they hit $6,550 in drug spending this year (rising from $6,350 in 2020), except for very low-income beneficiaries.

President-elect Joe Biden favors a cap, and Democrats and Republicans in Congress have proposed annual limits ranging from $2,000 to $3,100. But there's disagreement about how to pay for that cost cap. Drug companies and insurers, which support the concept, want someone else to bear the financial burden.

That forces patients to rely on the financial assistance programs. These arrangements, however, do nothing to reduce prices. In fact, they help drive up America's uniquely high drug spending by encouraging doctors and patients to use the priciest medications when cheaper alternatives may be available.

Nearly 70% of older Americans want Congress to pass an annual limit on out-of-pocket drug spending for Medicare beneficiaries, according to a KFF survey in 2019. (KHN is an editorially independent program of KFF.)

The affordability problem is worsened by soaring list prices for many specialty drugs used to treat cancer and other serious diseases. The out-of-pocket cost for Medicare and private insurance patients is often set as a percentage of the list price, as opposed to the lower rate negotiated by insurers.

Bristol Myers Squibb, the manufacturer of Clark's drug, Pomalyst, has raised the price 75% since it was approved in 2013, to about $237,000 a year. The company believes "pricing should be put in the context of the value, or benefit, the medicine delivers to patients, health care systems and society overall," a spokesperson for Bristol Myers Squibb said via email.

As a result of rising prices, 1 million of the 46.5 million Part D drug plan enrollees spend above the program's catastrophic coverage threshold and face $3,200 in average annual out-of-pocket costs, according to KFF.

The hit is particularly heavy on cancer patients. In 2019, Part D enrollees' average out-of-pocket cost for 11 orally administered cancer drugs was $10,470, according to the JAMA study. The median annual income for Medicare beneficiaries is $26,000.

Medicare patients face modest out-of-pocket costs if their drugs are administered in the hospital or a doctor's office and they have a Medigap or Medicare Advantage plan, which caps those expenses.

But during the past several years, dozens of effective drugs for cancer and other serious conditions have become available in oral form at the pharmacy. That means Medicare patients increasingly pay the Part D out-of-pocket costs with no set maximum.

"With the high cost of drugs today, that five percent can be a third or more of a patient's Social Security check," said Brian Connell, federal affairs director for the Leukemia & Lymphoma Society.

This has forced some older Americans to keep working, rather than retiring and going on Medicare, because their employer plan covers more of their drug costs. That way, they also can keep receiving financial help directly from drug makers to pay for the costs not covered by their private plan, which isn't allowed by Medicare.

'This Is a Little Nuts'

All this has caused financial and emotional turmoil for people who face a life-threatening disease.

Marilyn Rose, who was diagnosed with chronic myeloid leukemia three years ago, until recently was paying nothing out-of-pocket for her cancer drug, Sprycel, which has a list price of $176,500 a year. That's because Bristol Myers Squibb, the manufacturer, paid her insurance deductible and copays for the drug.

But the self-employed artist and designer, who lives in West Caldwell, N.J., recently turned 65 and went on Medicare. The Part D plan offering the best deal on Sprycel charges more than $10,000 a year in coinsurance for the drug.

Given the sticker shock, many other patients choose not to fill a needed prescription, or delay filling it.

Rose asked her oncologist if she could switch to an alternative medication, Gleevec, for which she'd pay just $445 a year. But she ultimately decided to stick with Sprycel, which her doctor said is a longer-lasting treatment.

She hopes to qualify for financial aid from a foundation to cover the coinsurance but won't know until sometime this month.

"It's just strange you have to make a decision about your treatment based on your finances rather than what's the right drug for you," Rose said. "I always thought that when I get to Medicare age, I'll be able to breathe a sigh of relief. This is a little nuts."

Given the sticker shock, many other patients choose not to fill a needed prescription, or delay filling it.

Nearly half of patients who face a price of $2,000 or more for a cancer drug walk away from the pharmacy without it, according to a 2017 study in the Journal of Clinical Oncology.

Fewer than half of Medicare patients with blood cancer received treatment within 90 days of their diagnosis, according to a 2019 study commissioned by the Leukemia & Lymphoma Society.

"If I didn't do really well at scrounging free drugs and getting copay foundations to work with us, my patients wouldn't get the drug, which is awful," said Dr. Barbara McAneny, an oncologist in Albuquerque, N.M. and past president of the American Medical Association. "Patients would just say, 'I can't afford it. I'll just die.'"

The high drug prices and coverage gaps have forced many patients to rely on complicated financial assistance programs offered by drug companies and foundations. Under federal rules, the foundations can help Medicare patients as long as they pay for drugs made by all manufacturers, not just by the company funding the foundation.

But Daniel Klein, CEO of the PAN Foundation, which provides drug copay assistance to more than 100,000 people a year, said there are more patients in need than his foundation and others like it can help.

"If you are a normal consumer, you don't know much about any of this until you get sick and all of a sudden you find out you can't afford your medication," he said. Patients are lucky, Klein added, if their doctor knows how to navigate the charitable assistance maze.

Daniel Sherman, who trains hospital staff members to navigate financial issues for patients, estimates that fewer than 5% of U.S. cancer centers have experts on staff to help patients with problems paying for their care.

Sharon Clark, who struggles to cover her cancer drugs, works with the Leukemia & Lymphoma Society counseling other patients on how to access helping resources.

"People tell me they haven't started treatment because they don't have money to pay," she said. "No one in this country should have to choose between housing, food or medicine. It should never be that way, never."

KHN (Kaiser Health News) is a nonprofit news service covering health issues. It is an editorially independent program of KFF (Kaiser Family Foundation), which is not affiliated with Kaiser Permanente. This article is part of a series on the impact of high prescription drug costs on consumers made possible through the 2020 West Health and Families USA Media Fellowship. 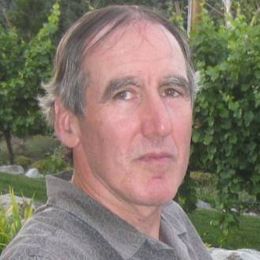