As soon as COVID-19 hit and people began to isolate; some became less physically active and others reported falling

Many people who stayed close to home during the COVID-19 pandemic last year used the opportunity to get out and walk more. But others, especially those who described themselves as isolated, became less active. Those changes in mobility may have led to an increase in the number of falls among people between the ages of 50 and 80, and what one researcher called a "bowling ball effect" due to reduced mobility and decreased physical movement.

That's according to a new survey published by the University of Michigan. The National Poll on Health Aging found that between March 2020 and January 2021, 25% of people age 50 to 80 surveyed had at least one fall during the pandemic due to a loss of balance, a slip or a trip and 70% of them hurt themselves.

Even though the most common injuries were bruising or a cut, 40% needed some kind of care after a fall. And many either delayed, or failed to seek out, medical care, largely due to the pandemic.

The survey also found that those who felt a lack of companionship or described themselves as "socially isolated" were more likely to fall, according to Geoffrey Hoffman, one of the survey researchers and an assistant professor at the University of Michigan who looks at quality of care for older adults.

A Fear of Falling

More than 1 in 3 survey respondents reported being afraid of falling. That fear was much higher among those who were between the ages of 65 and 80 compared to those 50 to 64 (46% versus 29%).

Even small daily changes in everyday activities, like not going to the Post Office, grocery store or bank, for example, could have led to muscle loss and balance issues leading to falls, Hoffman said.

"Once we saw there was reduced mobility, reduced physical activity and less time spent on their feet, I wasn't surprised that we then saw issues with mobility," he said. "It's like a bowling ball effect across the population."

Typically, about a third of the older adult population experiences a fall every year or two, he said. Falls were more common among women (28%) than men (22%). Women were also more afraid of falling than men (44% versus 27%).

The study did find that about a third of people got at least 30 minutes of moderate physical activity, like brisk walking, every day. But nearly a quarter (21%) said it was less than once a week. And about a third said they've been less active since March 2020.

"For some people it may be too late, because once you have a really bad fall, sometimes you can't recover."

"The people at highest risk for reduced activity, who spent less time on their feet every day, were those who were socially isolated," said Hoffman. "And it may just be as simple as you don't have someone to go out on a walk with, and during COVID, you're even less motivated to do those things. It could also run in the other direction — if you get out less and you spend less time on your feet, than you feel more isolated."

Dr. Neil Alexander, a geriatrician who addresses older adult fall concerns at the University of Michigan Injury Prevention Center, teaches clients to build strength to prevent falls. He's now researching ways to teach people how to fall, so when they do, they're less likely to hurt themselves.

"To decrease falls, you also need to add strength and balance training, and those are absolutely critical."

Alexander recommended strength exercises, like knee extensions and hip abductors, as well as balance exercises, like standing on one leg for 10 seconds, holding onto something with a hand and then two fingers and finally on your own.

He also recommended Tai Chi classes, preferably in-person, so students can get feedback.

"Tai Chi requires weight shifting and an awareness of your body and of your stability limits," Alexander said. "You have to learn how far you can go, and you're doing movements across the midline of your body and you're using multiple joints, moving at once."

Alexander and Hoffman both pointed to the Centers for Disease Control and Prevention's (CDC) STEADI program to provide resources for preventing falls.

One exercise recommended by Alexander and the CDC is the chair rise one, where the goal is to get from a sitting to a standing position. It looks simple, but requires strength to get up and out of the chair. It also requires balance to go from sitting to standing upright, and, if done 10 times in a row, becomes an aerobic exercise, Alexander said.

Although the Michigan survey noted that people who fell more were socially isolated and on their feet less than others, Alexander said it was important to know that just going for a walk is not sufficient.

"To decrease falls, you also need to add strength and balance training, and those are absolutely critical," he said. "And by the way, you need to have a sufficient dose of it. So, if you just do it like once a week or you do it for a couple of weeks and you stop, that's not good."

He recommended doing balance and strength exercises two or three times a week and, if possible, to work with a fall prevention specialist, even for a single session or through video chat, who can address posture and form issues.

The clear message, Hoffman said, is that the pandemic produced a rapid de-conditioning for a large group of the population. Hopefully, that can be reversed with the availability of COVID-19 vaccines and the return to some sense of normal.

"For some people it may be too late," Hoffman said, "because once you have a really bad fall, sometimes you can't recover." 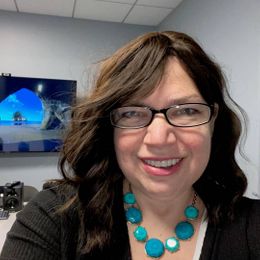