Becoming a grandmother has been an unexpected, yet welcomed, part of my life's plan

I was caught off guard when my son asked me if we could take care of his ten-month-old daughter for ten days. Although I wanted to respond magnanimously, I found the prospect of such a long babysitting gig scary. Bowie had slept at our house twice in her short life, but she had stayed less than twenty-four hours each time. It didn't help Darrel (my partner) and me to relax, when my son e-mailed us an Excel spreadsheet of Bowie's schedule, color-coded to show every nap, snack and playtime.

Darrel and I met when our children were fully grown and independent. When we bought our house, we were not thinking that one day we might share a large brood of grandchildren. We were thinking about what a wonderful, selfish life we could have together.

I never imagined that within five years, I would become the grandmother of seven children under five years of age.

Darrel had lost his wife to cancer. I was a long-time divorcee. We moved into a skinny row house in downtown Toronto, just big enough for the two of us and the occasional weekend guest. We did not buy a crib to put in our extra bedroom.

I never imagined that within five years, I would become the grandmother of seven children under five years of age. This might seem short-sighted on my part since the probability of having grandchildren is fairly high for those who have children. But in my case, my grandparenting experience has been compounded. My own children gave me three grandchildren. To this bounty, Darrel's children added four more.

From Single Mother to Grandmother

I fully appreciate each of these little people who have now become part of my life. But since I spent most of my thirties and forties as a single working mother of two children, I did not picture a future for myself as the matriarch of a large, blended family. I was not and never will be an earth mother.

I was a typical 1980s feminist. My dream was to become a big firm lawyer. I saw myself striding into a boardroom in shiny high heels, swaddled in an expensive suit with mega-shoulders, toting a big leather briefcase.

But when my daughter arrived, this fantasy faded. After my return from maternity leave, the shoulders of all of my suits smelled like spit-up. Occasionally, I grabbed the diaper bag rather than my briefcase in my haste to get to the office. Eventually I realized that I should stop trying to fake it. I found a job in government with more humane hours. My husband and I had a second child, but we no longer had the same vision of our future. We divorced a few years later.

Occasionally, I grabbed the diaper bag rather than my briefcase in my haste to get to the office.

This part of my life story is ridiculously close to the plot line of "Baby Boom," a 1987 comedy about the clash between feminism and motherhood. The movie is about a high-powered Madison Avenue advertising executive, J.C., who has forsworn motherhood and domesticity. J.C., played by Diane Keaton, becomes the guardian of a baby when the baby's parents die in a car crash. She is totally smitten by the baby and soon realizes that she cannot keep up with the demands of her job.

After many hilarious scenes in which J.C. proves to herself that "she can't have it all," she quits her firm and moves to Vermont where she can devote herself to being a parent. J.C.'s boyfriend doesn't want to abandon his glamorous life and stays in Manhattan.

While babysitting Bowie, I started to think about a sequel to this movie. In this (yet to be made) film, J.C. meets her soulmate twenty-five years later, and moves back to Manhattan. Her plan is to live a selfish New York lifestyle with her new partner. But then things take an unexpected turn. Their kids get jobs in Manhattan and move to New York with their growing families. J.C. finds herself pushing a stroller through Central Park and whiling away her afternoons at the Children's Museum. J.C. likes being a grandma. She realizes that the best parts of her life were not in her plan.

A Love for My Role as Grandma

It is the fifth night of our babysitting gig. Darrel and I are watching Bowie on the baby monitor. It looks like she is finally drifting off to sleep. Things had started out well this evening but when I took Bowie onto my lap to give her a little cuddle while she drank her bottle, milk seeped out of the bottle and down her neck, soaking her sleeper with sticky white fluid. Bowie was far too tired by this time to deal with me wrestling her out of her wet sleeper and into a dry one. She started to wail. It took another half hour of rocking and singing until she was ready sleep. We were both exhausted by the time I got her into her crib at 7:30 pm.

At last, there are no more baby sounds coming from the monitor. Bowie's tiny little body is curled into a corner of her crib. On the monitor, she looks so soft and small that it is hard to believe that her cries can fill our whole house when she is hungry or tired and cannot cope with the world any longer.

I think about the morning when I will hear Bowie stirring in her crib. I will tiptoe soundlessly into her room so that I can listen to her babbling for a few minutes. I know that when she sees me, her whole face will crease into smiles, and she will sit up. I know that she will forgive me for dripping milk down her neck the night before, when all she wanted to do was sleep. She always forgives me. After all, I'm her grandma. 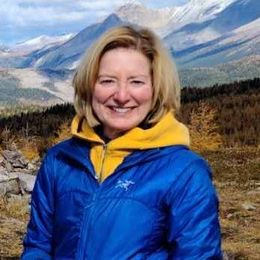 Alexandra Raphael lives in Toronto with her partner and her dog, Moses. She retired from practicing law in 2017 and is currently on the Board of Directors of Centennial College. Her writing has appeared in The Globe and Mail, on the ReThink Breast Cancer website and on Medium. Read More
Advertisement