My Heart and the 'Octopus Trap'

This rare condition, Takotsubo, is also called ‘broken heart syndrome' and mimics a heart attack. Here are the lifesaving lessons I learned.

August 25, 2021, was an ordinary day with no hint of the disastrous chain of events that was to unfold. The late afternoon heat was intense as I pushed through an exercise routine with my personal trainer. We were on the southwest-facing deck of my gym, overlooking the tennis courts and the sparkling San Francisco Bay beyond. The thermometer peaked in the low 80s.

The routine seemed unusually taxing that afternoon. My energetic trainer had added new exercises with heavier weights to my upper body routine. It was challenging, but bearable. She assured me I was keeping pace with excellent form.

As a petite, small-boned woman, I have never been muscular. Yoga and hiking were my regular forms of exercise until I was temporarily sidelined by a torn tendon in my hip.

Up until the workout I was having a good day, despite the overhang of COVID and the scorching fire season in Northern California. In this, my first full year of retirement, I relished my freedom from the all-consuming demands of running a PR agency, which I had done for the last 20 years.

The bath and ibuprofen didn't help. In fact, the reverse. I became overheated and started feeling queasy.

I persevered through the strenuous workout. Sure, I was pushing it, but isn't that why you have a trainer?

After the session I hustled off to collect our dog from his vet appointment. While waiting outside in the car to retrieve him, I felt an unaccustomed tightness across my chest. It was hot in the car, and I became increasingly bothered by a constriction across the front of my chest. Driving home, I expected the discomfort to ease.

But my chest continued to hurt, now with a steady ache. I told my husband dinner was on hold. I needed to lie down. I texted my trainer to let her know my chest hurt and I wasn't feeling well. She advised a hot bath and ibuprofen, again remarking how well I had done in the earlier workout. Little did I know this was not the best advice.

Could I Be Having a Heart Attack?

I'd never felt this kind of pressure in my chest. Could it be a pulled muscle? It was right across the front of my chest, and what muscle was that? The bath and ibuprofen didn't help. In fact, the reverse. I became overheated and started feeling queasy.

After a couple of trips to the bathroom, a strange, prickling sensation descended down both arms. The sensation passed but the tightness and pressure remained. Could I, a healthy woman who exercised, watched my weight and had no history of cardiac issues, be having a heart attack?

Reluctantly I asked my husband to take me to the ER. It seemed like overkill to call an ambulance for what might be just a pulled muscle. As we rode, I began to pant taking in short, shallow breaths.

"You're having a heart attack," the cardiologist said, as I lay on a table in the ER to get an angiogram. Then abruptly I lost consciousness.

When I woke up, I learned I'd had a seizure, complete with convulsions. I was wheeled into a room in the ICU where I remained for four days of almost complete immobility.

Lying flat on my back, I was attached to beeping machines, oxygen mask, heart monitors, you name it. Doctors, nurses, and technicians came and went hourly measuring my vital signs.

Gradually I learned more. I had not had a heart attack after all. There were none of the internal blockages in my arteries that define a heart attack. Dr. Andrew Dublin, the cardiologist who treated me at a Bay Area hospital, explained that I had experienced something called "Takotsubo Cardiomyopathy." The common name for this rare condition is "broken heart syndrome."

Takotsubo, which mimics the symptoms of a heart attack, almost exclusively affects older women. It occurs when an unusual stress causes the left ventricle of the heart to fail to pump properly. Rather than ejecting the normal amount of blood, the muscle becomes engorged and balloons out.

The name Takotsubo comes from the Japanese word for an octopus trap or jar, which the left ventricle of the heart resembles when this happens. The condition can have emotional causes, such as a death in the family, a financial crisis or other shock. Or it can be caused by physical stress, as my condition apparently was.

Takotsubo accounts for an estimated 1-2% of acute cardiac events presented at hospitals. This corresponds with Dublin's experience as an interventional cardiologist. Out of more than 100 acute cardiac cases he treats annually, he sees only two cases of Takotsubo per year, almost always among women aged 60 to 80.

"We have to assume it's a heart attack and treat it accordingly until proven otherwise," he explained. "You don't want to wait and take the risk of being proven wrong. Your first indication that it could be Takotsubo is through the angiogram, then you validate that with an Echocardiogram. My suspicion in your case was that it could be Takotsubo when the angiogram didn't show any blockages in your arteries."

The 'Why' Is Still Murky

After eight days in the hospital, I was released to go home. Happily, I experienced a full recovery with no lasting damage. Most Takotsubo patients recover completely, according to Dublin, although there is a risk of heart failure in rare cases.

My stay was longer than average for a Takotsubo patient due to the seizure, which isn't normally on the Takotsubo menu. This development added a layer of complexity to my case, requiring oversight by doctors from three disciplines: cardiology, neurology and pulmonology. As my ICU nurse observed, this was an all-star team. I agree wholeheartedly. But why did this happen to me, and what did I learn?

"Takotsubo is not caused by poor lifestyle choices or known risk factors such as high cholestrol or high blood pressure. It is caused by external stresses, which inevitably are part of life."

The "why" remains a bit murky. The precise combination of malign forces that catapulted me into Takotsubo is hard to pin down. According to Dublin, "Takotsubo is not caused by poor lifestyle choices or known risk factors such as high cholesterol or high blood pressure. It is caused by external stresses, which inevitably are part of life."

While modern medicine advocates stress management techniques, such as mindful breathing, adequate sleep and relaxation, he said there is no known preventative for Takotsubo.

The second question—what I learned—is more answerable. I've always been one to just "push through it." This propensity served me well in my career and as a business owner. Reflecting on my brush with death, I had a fundamental realization: No need to push the envelope every day.

At age 72, the strategies that served me well when I was forty or even sixty no longer necessarily apply. My encounter with the octopus trap inspired me to make a mental "re-set."  No, I haven't totally transformed my Type A personality, but I am resolved to take life easier and remember that not all activities warrant or benefit from "make-or-break" effort.

4 Lifesaving Lessons from My Experience

What can others learn from my experience? After talking with experts and reflecting on the events of that hot August afternoon, here are the potentially lifesaving lessons I learned:

Bottom line is if you have chest pain, do not mess around! All you need to do is call 911 and head to the nearest ER. Then, like me, you may live to tell the tale. 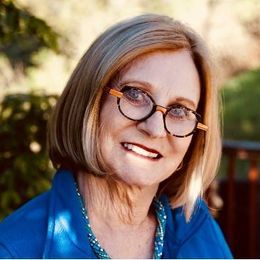 Patricia Harden is a writer and communications consultant in Oakland, California. She and her husband grow pinot noir grapes and make wine at their home in the Oakland hills, where she hikes daily with Lily, her border collie. She retired in 2021 after selling the PR agency she owned. Read More
Advertisement