My Mom: My First Superstar

A strong and stylish mother left a lasting impression

My mother's captivating face adorned the March 1957 cover of the NAACP's Crisis magazine three years before I was born. So much more than a "cover girl," she was the epitome of someone who could "bring home the bacon and fry it up in a pan" as a single divorced woman who worked, went to college at night and raised me.

It's been almost 19 years since I lost my dynamic, beautiful and audacious mom, Catherine (known as Cathy to her friends). A car accident took her away at 66 years of age — way too soon. Devastating. However, on the plus side, she got to see me graduate from college, start my career, get married and even become a mom myself.

My son was 7 and my daughter was 4 when we lost my mom. She happily became their beloved "Grammy" and though they only had her for a relatively short time, I'm so glad they got to know her and bask in her energy.

Perhaps my now 23-year-old daughter explained it best, when at 6 years old, she said, "I know Grammy was my grandmother, but she didn't seem old like the other grandmas I see." With that observation, my daughter defined my mother's spirit. She never seemed old. Wise — yes. Experienced — yes. But never old.

The Sudden Loss of a Shooting Star

I was 38 when my mother's life ended as if she had been a shooting star — shining brightly until she was gone. No debilitating physical disease or loss of herself via dementia or Alzheimer's. My mother lived with gusto until the day she died.

Even through the shock of losing her, at the time I felt like she was guiding me as she had during her lifetime. Maybe because I was an only child, and perhaps because she and my father divorced when I was 7, my mother and I had a bond stronger than anything else I have ever experienced.  We knew each other's strengths and weaknesses.  We knew when we needed to give each other space or be close and lift each other up.

My mother taught me how to love my brown skin and thick hair during an era when folks were just beginning to equate black with being beautiful.  She shared her own stories of being hired for certain jobs in the 1950s as a "token" because her light caramel skin tone and naturally wavy hair didn't make her look "too black."

She explained to me that while she needed those secretarial jobs, she made sure to excel in her skills so no one accused her of being "window dressing." A painter and sculptor, my mother opened my eyes to beauty from many cultures by taking me to see exhibits in New York City museums.

I will never forget her pride as we visited the "Harlem on My Mind" exhibit at the Metropolitan Museum of Art in 1968.  She showed me the beauty of Afrocentric designs before they were widely accepted. Most importantly, when people sometimes asked her what she was, commenting on her high cheekbones and golden-brown complexion, she would smile and simply say, "I'm a human being."

The Caring and Cool Mom

In her 66 years, my mother lived life with so much enthusiasm and vigor that she was my first superstar, long before I plastered posters of Michael Jackson and Lionel Richie with The Commodores on my bedroom walls.

Among her many attributes was her understanding that she was not perfect.  My mother accepted herself, warts and all, and was always searching out new horizons. By the time I was in high school, some of my friends would longingly say to me, "I wish my mom was like your mom. You have a cool mom!"

Yes, she was cool, but she never acted like she was trying to be a teenager.  Her coolness did not supersede her strength as a caring and sometimes strict mother.

She was also a woman who was so strikingly gorgeous that I remember walking with her as a child and seeing men stop dead in their tracks to compliment her. My mother made sure I understood that "beauty with nothing else is like having a token for the subway — it gets you a ride, but then where are you going?"

Now that I'm 57, I find myself understanding her choices even better.

In midlife, my mother completed a graduate degree and traded in her steno pad for a lesson plan book to become a high school teacher. When she wanted to see different parts of the world or send me to summer camp or ballet lessons, she took on extra jobs to make it happen.

My mother shared her love of music and dance with me and let me know that meeting a guy would be nice, but that my first investment must always be in myself.  When she took time off from work to help me set up my first dorm room at Northwestern University in Evanston, Ill., many miles from our New York City home, she worried that she had raised me to be "too nice." She warned me that I must "develop a thicker skin."

I still miss her sharp humor and sassy style. Sometimes, walking into a classroom as a part-time teacher myself, I feel like I'm channeling her when I find a way to handle a difficult class. When warning students that they were getting out of line, my mother used to ask with a sly twinkle in her eye, "You don't want me to put on my full metal jacket, do you?" She was a pro at classroom management.

My mother and I had different personalities, but I am now much more outspoken than I was in my 20s and 30s, and find it liberating to express myself these days without caring if everyone agrees with me. I guess my mom's "take no prisoners" gene took a while to develop in me.

On days when I'm missing her particularly hard, I think about the personalities of my 26-year-old son and 23-year-old daughter and smile. Because with every step they take, I know her spirit is stepping into the future. Right on, Mom! 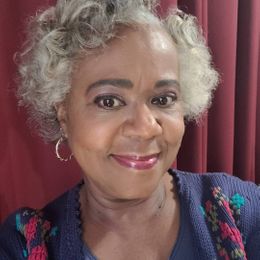 Leslie Hunter-Gadsden is a journalist, educator and podcaster who is an accomplished writer for print and online publications. She has covered business, education, performing arts, diversity, equity and inclusion and other topics for consumer and trade publications and media outlets including Next Avenue, Black Enterprise magazine, Sisters from AARP newsletter, and vegeradio.com. She is working on a family memoir. Read More
Advertisement