My Sister, Title IX and Me

Sisters are supposed to have a lot in common, but the eight-year age difference between my older sister and me opened a chasm of different life experiences. Much of that gulf was the result of the adoption in 1972 of a federal anti-sex-discrimination law known as Title IX, named for its section of a broad education bill.

Title IX's impact was transformational for me. Life before Title IX was my sister's world. On the fiftieth anniversary of the adoption of the law, we need to remember the power of courts and lawmakers to shape experiences of generations of women. Title IX triggered profound changes with just 37 words:

On the fiftieth anniversary of the adoption of the law, we need to remember the power of courts and lawmakers to shape experiences of generations of women.

"No person in the United States shall, on the basis of sex, be excluded from participation in, be denied the benefits of, or be subjected to discrimination under any education program or activity receiving Federal financial assistance."

That single sentence outlawed sex discrimination in approximately 17,600 local school districts and more than 5,000 colleges, universities and trade schools as well as charter schools, for-profit schools, libraries, museums and education agencies in all 50 states, the District of Columbia, and territories of the United States.

My sister Mary Ellen was a child of the 1960s — listening to the Beach Boys, "crushing" on Boston Bruins hockey players and taking dance lessons. She was raised to be a proper young lady. Though she skied and played a bit of basketball, she was not an athlete. Being outside and sweaty was not something girls her age aspired to.

My time was the '70s — Bay City Rollers, Archie Bunker and relaxed dress standards, even in our proper Irish Catholic household. I was still called a tomboy and teased for playing "boys'" games but after President Nixon signed into law a piece of legislation known as Title IX, I saw more school sports teams for girls and more girls accepted in classes once reserved primarily or exclusively for boys.

While Title IX applied only to educational institutions, its effect was felt well beyond the classroom. Mary Ellen was inculcated with the white-glove gender norms of the late 1950s and early '60s. She thought such training would be good for me and signed me up for charm school. So, I spent Saturday mornings learning decorum and ladylike ways in patent leather shoes and a dress.

But as soon as class ended, I would race to change into play clothes and head outside as quickly as I could. I wanted nothing of charm school's structure and behavior or its clothing. I sensed the world was changing and I saw possibilities rather than limits as a girl. Title IX challenged expectations for many women, and my sister and I represented the difference: propriety and change.

Showing Me What Was Possible

While Mary Ellen was raised as a proper young women and forced to fit into a different world, she opened me to experiences that the rest of my family had not thought of or had access to, including taking me to Boston College for an alumni evening while I was still a high school student. Midway through the alumni lecture, Mary Ellen leaned over and apologized for bringing me to such a boring event. While staring ahead, I told her to be quiet as I was fascinated. What was boring my sister so much? A lecture on the stock market! That talk sparked a lifelong interest for me.

That one college campus interaction explains so much of our relationship — close yet totally different with diverse skills. For example, she was so distressed about filling out her first tax return that I offered to do it for her, despite never having seen a tax form. I was good at math, after all.

I started reading and matching the line numbers with data as if I were doing a puzzle. She came back an hour later, saying "I told you it was hard." I replied that I was almost done. "Go away," I added. "I don't want to lose my train of thought."

Mary Ellen exposed me to so much beyond business, which became my career. She also was adventurous, and I benefited from joining in the fun, from travel — including a trip to Toronto, where I went to the stock market while she shopped — to parties (some of which, strictly speaking, I may have been too young to attend), to whitewater rafting in Maine. I would not be the person I am without having her in my life, and I wonder if her opening my world meant I appreciated the impact of Title IX so much more.

The Impact of Title IX

The turning tide of legislation in the 1970s accentuated our intrageneration gap. Title IX made me an athlete rather than a tomboy by mandating equal opportunities for women and girls in school sports programs as well as classes. But the timing was off for Mary Ellen's generation: she had graduated from high school before Title IX was enacted.

I would not be the person I am without having her in my life, and I wonder if her opening my world meant I appreciated the impact of Title IX so much more.

We attended the same high school, but while the only team sport for girls in her day was basketball, Title IX opened a range of options to girls my age. (Yet, she cheered for me at my first road race and watched me pitch for my junior high softball team.)

Later in the decade, passage of the Equal Credit Opportunity Act enabled Mary Ellen, a single woman, to buy a house. I believe that Title IX paved the way for this legislation. (Ironically, she still needed our father to co-sign on a mortgage because, as a recent college graduate, her credit history was too short.) Still, she was a maverick, the woman who paved the way to college, home buying and independence for me and her friends.

We'll always be sisters but differences in our ages and, just as important, the changes wrought by Title IX defined who we were and who we have become —she a registered nurse who went on to become a nurse practitioner and me a business professional with sports as an outlet.

Culture, age and timing made us who we are. Mary Ellen may have played more sports had Title IX been enacted earlier, or I might have taken to dance (or more likely, been a lifelong tomboy) if the law came later. Now, generations of girls and women have taken their life journey with Title IX's support, never seeing what came beforehand.

Without the equal-opportunity legislation of the 1970s, our lives as women — and men — would not be as they are today. Title IX made a lasting an impression on our families, and the generations to come.

Paying attention to legislation of today may improve the world for all of us and improve relationships and opportunities as it did across the years for my sister and me. 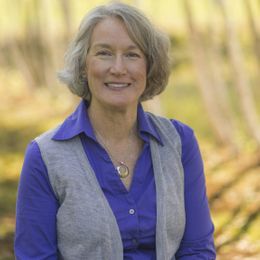 Christine D. Moriarty, CFP, has over twenty-five years of experience coaching individuals, couples and business owners on their finances.  Her focus has been the intersection of emotions, behavior and money. She is living her dream in Vermont and delights in sitting down with a cup of Irish tea and a good book. Find more at Moneypeace. Read More
Advertisement