Before 2020, I would have said that running and I were in a long-term relationship. Twenty-five years and counting, we were happy as could be, with no signs of trouble on the horizon. Even when the COVID-19 pandemic hit, aside from running way around other runners or walkers to keep a safe distance, I didn't change my running routine. In fact, I was one of those people who followed the trend of running even more, because I needed the time away from everyone in my house.

I had some truly fantastic runs in 2020. But in the middle of one last May, I rolled my left ankle hard. I took a few days off, only to roll it again a month later. Finally, in October, toward the end of a run, I rolled my ankle with such force that I broke two bones on the outside my foot — the calcaneus (heel bone) and the cuboid.

In that moment, hobbling home, tears in my eyes, I felt like my relationship with running would never be the same again ... It felt like I couldn't trust running anymore.

No running for at least eight weeks, my doctor said. And really no walking either, except for in a boot.

Fall was here — the most beautiful season for running, the one we anticipate all summer in the humid Midwest — and running was snatched away from me.

So I did the same thing I had done when I had a bout of tendinitis a few years ago: I started swimming laps at the YMCA. (A lap-lane reservation program kept it safe.)

The last time, swimming had been new to me. I had even taken a lesson to learn how to breathe and, you know, swim. This time, I knew what I was doing and three times a week, I swam for 45 minutes.

It felt purely transactional. Yes, I felt better at the end of every swim. But I wasn't a "water person," I continually told myself. Swimming was a good stress relief, but it wasn't really what I was meant to do. All I wanted to do was get back to my first and only love: running.

In the meantime, following the trend of home fitness, my husband and I bought an exercise bike. We wanted a Peloton, but the wait was too long and it was too pricey anyway. We settled on a Schwinn IC4, signed up for a Peloton membership and created a resistance-conversion chart to match our bike's resistance to the Peleton.

Like swimming, the bike was only a temporary fix — a way to sweat from the comfort of my basement. But I was absolutely not an "exercise machine person."

In December, I finally got the OK from my doctor to start with some easy jogs.

I had exactly one month of running before I rolled the same ankle yet again, in the middle of a six-mile run on a sunny Friday afternoon.

I didn't know if I had re-broken it. But in that moment, hobbling home, tears in my eyes, I felt like my relationship with running would never be the same again.

I could rest and heal. I could do physical therapy this time to get to the root of why I kept rolling the ankle. But it felt like I couldn't trust running anymore.

I spent nearly the entire next day on the couch with ice on my foot, trying not to cry, because I didn't want my family to see me like that. I was heartbroken.

In the weeks that followed, I did my best to stay off the foot. When the swelling went down and it mostly stopped hurting, I was pretty sure I hadn't broken it again. But as I waited and contemplated what to do, I found myself looking forward not just to the pool, but also, surprisingly, to getting on the exercise bike.

Is it really so different from how we fall in love with people? ... Eventually, we settle in and develop a sense of trust that this activity will always be there for us.

I had discovered that I loved classes led by one particular instructor, Hannah Frankson. She was fun and exuberant (no doubt Peloton prerequisites), but she also told parts of her story on some rides. A triple jumper in London, she had wanted to go to the Olympics. But it didn't happen. She would talk about her disappointment and about rebuilding her life after that.

Whether it was her stories or the simple act of repetition, to my great surprise, the bike started to feel like the place I wanted to be. I anticipated more and more the feeling of the pedals under my feet. I looked forward to the rhythm of climbing a hill, to the breathless collapsing over handlebars after a sprint, to the feeling of being ensconced inside an activity, time carved away from regular life.

If I felt bored by the motion, I would try another kind of bike class. Or another kind of music. Learning the names of workouts, like Tabata (20-second sprint, 10-second rest, eight times) or EMOM (stands for "every minute on the minute," where you start a new sprint at the top of every minute) kept me engaged.

Tracking my rides in my fitness app — the same way I tracked my runs — gave me the feeling of amassing data, which is an oddly motivating thing for a record-keeper like me.

When I was busy being heartbroken over running, these other deep connections to movement were forming. It's all made me think about what makes us fall in love with our form of exercise and stick with it for the long haul.

One recent study posits that a high-intensity workout with lots of heart rate variation keeps us more motivated. An opinion article last year in Frontiers in Psychology suggests that novelty is the key ingredient.

Science aside, is finding a way to exercise really so different from how we fall in love with people?

There is some basic level of physical attraction. The newness is exciting, too. We begin to have some peak experiences and memorable moments that we can build stories around. Eventually, we settle in and develop a sense of trust that this activity will always be there for us. But most importantly, we like how we see ourselves and feel about ourselves when we're engaged in this exercise.

The rest is that X factor, which I honestly didn't think existed outside of running, for me. What a midlife joy that it does.

If the pandemic has been the absolute worst kind of surprise, knowing that I still retain the ability to fall in love with new kinds of movement and new habits has been the best kind of surprise. I'm certain that after some physical therapy, I'll run again. But I doubt that I'll return to that exercise monogamously. 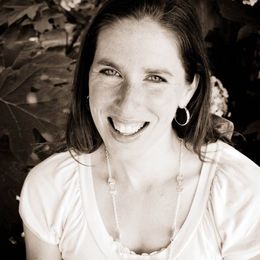 Judi Ketteler (@judiketteler) is the author of Would I Lie to You? The Amazing Power of Being Honest in a World That Lies. Her essays have appeared in places such as The New York Times, NBCNews.com and Scientific American. Read More
Advertisement