A Photographer's Passion for Orcas

"I have a deep love for orcas and want to do anything I can to help their plight," she says.

Smith volunteers for Orca Network's Whale Sighting Network. Her photos are sent to the Center for Whale Research and other research agencies to help them understand more about whale behavior, foraging and distribution patterns.

During the pandemic, the network of orca-sighting volunteers shrank, which worries Smith. Now she's doing what she can to make up for lost time.

Editor’s note: This piece was originally published on iPondr. 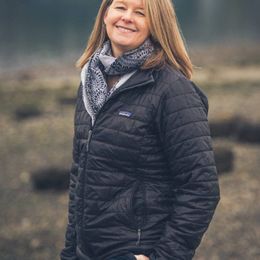 Lisa Berglund is an award winning videographer, editor, producer and storyteller. Berglund was the first woman to earn the National Press Photographers Association’s Photographer of the Year award. She is the only female videographer to receive this honor in the 50 years it has been presented. Read More
Advertisement