"You can't go home again," according to the old saying. Tell that to the adult children who are returning to live with their parents, or never leaving, in record numbers. For the first time in recent history, more young adults are living with their parents than cohabitating in romantic or married situations. No doubt about it: how we think about parenting and retirement have changed.

While the economic downturn associated with COVID-19 explains some of the recent rise in adult children moving back home, this trend has been increasing since the 1960s. The employment market has changed drastically, for one thing.

Gone are the factory jobs and other opportunities for people who have not graduated college. Delayed marriage and increasing divorce rates have also contributed to the rise in intergenerational households, as has the skyrocketing price of housing.

There are, however, two different groups of adult children who return home for support.

While "difficult" may sound like a pejorative term, from a mother's view the situation is exactly that — difficult.

The first are those who move back in for a short stay, to save money, complete schooling or recover from a life crisis, like a divorce, and will then bounce back. These "boomerang kids," as the expression goes, will leave the nest (again) and live independently.

The second, and very different, group of adult children who return to their parents for support are those with serious problems that affect their ability to be self-supporting — such as substance misuse, mental illness, or chronic unemployment. These adults do not easily bounce back into independent living.

I should know. As a gerontologist who studies women's experiences as they age, I have talked to hundreds of mothers who do not speak up when asked "how are the kids?" These women are silent, in shame and sorrow, because their children are not okay.

Sure, mothering in later life can be hard for many of us, but for the women whose adult children do not follow the expected path or timetable in their development (what sociologists refer to as "off time"), the responsibility of motherhood changes what they thought would be a more peaceful period in their lives. There is no peace for them.

There's no telling how many women are living with, sometimes caring for, a "difficult adult child." While "difficult" may sound like a pejorative term, from a mother's view the situation is exactly that —difficult. I chose this name to acknowledge not just the challenges faced by the grown children, but the hardships passed along to the mothers who cared for them.

Giving a name to a family problem is the first step in being able to take action. When "domestic violence" was first used in the 1970s, it allowed women to link their experiences with others which, in turn, prompted them to seek help.

"I have to stand up to them. At the same time, I have to understand that they have real problems."

Likewise, the terms "difficult adult child" and "difficult mothering," which I use to describe the older mothers' experiences, is helping women break feelings of isolation, bring relief and empowerment.

Looking after the well-being of a young child can be a fascinating and enriching experience. Protecting an adult child is not the same. Mothers whose adult children may be depressed, anxious, mentally ill or despondent are immersed in a relationship that offers none of the magic a young child can provide.

They often feel trapped in their child's despair and bad decisions. The interaction may be additionally strained because the adult child resents her new dependency on her parents and may become sullen, uncommunicative and angry. This is a hard burden for a mother to bear.

The Strains of Living Together Again

Faith (names have been changed to protect privacy), at 80, was having difficulties with her 42-year-old daughter and 19-year-old grandson who had been living with her for over two years. Faith had been a nutritionist at a large urban hospital before she retired.

When her daughter, Ebony, was diagnosed with breast cancer and could not manage the tasks of daily living, Faith let Ebony and her son Lester move in with her. "That's my daughter," she had said. The most compelling of all reasons to provide help.

A little-known fact is that in many cases of elder abuse the perpetrator is the adult child who is living with their mother and financially dependent upon her.

Alas, in addition to Ebony's weakened physical condition, she also had mental health challenges, as did her son. Both had been diagnosed as bipolar. After two years of living with her daughter and grandson in close quarters, the strain had grown too great.

Faith wanted them to move out. "I have to stand up to them. At the same time, I have to understand that they have real problems. … I don't want to give up on them."

Faith's dilemma was based on the reality of two conflicting situations: her children's vulnerability and her own physical and emotional needs. This was true of all of the women I talked to who had invited her adult child (and sometimes their family) to live with her regardless of the size of her home.

While each woman had expected that her child would stay only temporarily, most stayed for years.  The discomforts that the women encountered ranged from daily hassles to emotional and physical abuse. Most described feeling unappreciated for all that they were doing to help. Many felt disrespected.

Living together again with their child, despite their adult status, had led to endless squabbles about dishes left in the sink, food taken without asking, privacy disregarded and tension over money.  Several acknowledged that they were physically attacked when their adult child was in a psychotic episode, intoxicated, or on drugs.

None had anticipated spending their later years living with or worrying about their troubled adult child.

A little-known fact is that in many cases of elder abuse, the perpetrator is the adult child who is living with their mother and financially dependent upon her. Yet, none of the women who spoke with me who had been hit or bullied by their adult child saw themselves as having experienced elder abuse.  Instead, they named the problem as their child being disrespectful or that their behavior was caused by the illness.

I discovered many distinctions between the mothers I interviewed. Some were widowed. Some were married. They came from different races and ethnic backgrounds. The type and severity of the children's problems varied greatly, too.

Yet, among these distinctions, they shared a view of mothering that led them to become their child's safety net. Although none had anticipated spending their later years living with or worrying about their troubled adult child, each explained their current caregiving situation with this simple sentence: "I'm her (his) mother."

For a mother with a difficult adult child, changing their situation can feel like abandoning her role as mother and endangering her adult child. For many, it is an unsolvable situation, a real-life Catch-22. Many feel unable to act and change their situations to ensure their and/or their adult child's safety.

Social workers Takai Forde and Miriam Goldberg at Jewish Association Serving the Aging/Legal Elder Abuse Program (JASA/LEAP) in New York City described how many parents, like Faith, will seek help when a crisis arises with their adult child who has mental illness or drug abuse problems, but then are reluctant to follow through on any plan that involves eviction, despite their fears about their own safety.

They realize that there is no easy answer for older parents, today, who want to both protect their troubled adult child and themselves.

Do You Need Help?

If you are looking for living with a challenging adult child and need help, contact your local State office on Aging.  The National Suicide Prevention Lifeline is a nationwide helpline that will connect you with a trained counselor and in your area for yourself and/or your adult child. Call 1-800-273-8255. 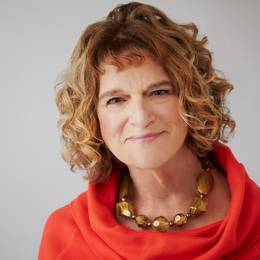 Judith R. Smith, PhD, LCSW, is a senior clinical social worker, therapist, researcher and professor at Fordham University. She is a leader in gerontological research focusing on women’s experiences as they age. Her book, “Difficult: Mothering Challenging Adult Children through Conflict and Change” Rowman & Littlefield, will be available Feb. 2022. Read More
Advertisement