Why We Need a Personalized Prescription for Wellness

(Next Avenue invited our 2017 Influencers in Aging to blog about the one thing they would like to change about aging in America. One of the posts is below; we will be publishing others regularly.)

From customized Coca Cola bottles to 3-D body scan-tailored blue jeans, we have entered an unprecedented age of personalization — the market for personalized gifts alone is expected to exceed $31 billion by 2021.

In health care, precision medicine (the relatively recent practice of determining disease treatments based on an individual’s specific genetics), has already yielded important benefits in fighting certain cancers. And continued research holds promise for a host of other conditions. But treatments are just the tip of the iceberg.

When it comes to healthy aging we too often receive one-size-fits-all advice that ignores the potential personalization can have in preventing the onset of many maladies associated with growing older — including cancer, heart disease, diabetes and Alzheimer’s disease.

Leveraging the phenomenal advances made in genomics research and in the analysis of large health data sets for what I call “personalized aging” is the needed next step in efforts to extend life and health spans. Our goal now is to sift through tens of millions of genetic variants and identify those that determine both susceptibilities to diseases as well as responsiveness to diets, exercise, supplements, preventive therapies and more.

This information can be used to recommend optimal interventions on an individual basis. For example, recent precision-related research on aspirin, a longstanding medicine-cabinet mainstay, is shedding light on which people should take aspirin for colorectal cancer prevention versus the minority of folks who might not be helped, or could even harmed instead.

The emerging discipline of nutrigenomics is the study of how our diet interacts with our genes. Coupled with wearable technologies that monitor and encourage exercise, it has particular promise for empowering people to promote their own longevity, health and wellness in a customized and focused way.

Scientists, including several here at the USC Leonard Davis School of Gerontology, are discovering that the benefits of dietary variations — from high-protein to veganism to periodic fasting to Mediterranean and everything in between — appear to vary based on multiple specific genetic variants (called SNPs).

Wouldn’t you like to know the best recipe for improving your own health and whether there are foods you should avoid? Soon, we can expect actionable answers.

A Call for Change

USC scientists and engineers recently found that women exposed to certain amounts of air pollution are more at risk for global cognitive decline and more likely to develop dementia.

These adverse effects were more pronounced in women who carry a variant of the APOE gene called APOE4, a genetic variation that increases the risk for Alzheimer’s. That finding can now be considered when making individual, planning and policy decisions.

Marketers recognize that personalization sells, even dubbing the trend ego-nomics. The time is ripe, too, for precision prevention, a new strategy that leverages DNA and other biomarkers, along with individualized diet and lifestyle advice.

The result we hope for: A customized prevention plan to enhance each person’s ability to healthfully age to his or her full potential.

Now that’s a gift worth giving. 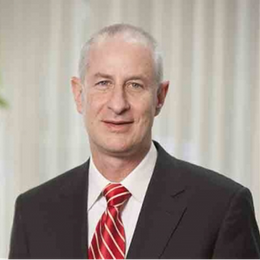