Lessons in Leaving the Working World

At 69 years old, Steve Lopez loves his job and the jolt of energy he gets from writing a newspaper column that serves as a catalyst for conversation in the country's second-largest city.

But he wonders what it might be like to live without ever-present deadlines hanging over his head. If his knees hold out, he'd like to play more tennis, to travel, to hike.

Lopez is a Los Angeles Times columnist and four-time Pulitzer Prize finalist. He has written three novels and a nonfiction book, "The Soloist," a New York Times bestseller and winner of the PEN USA Award for literary nonfiction. The book was made into a DreamWorks movie by the same name in 2009.

His latest book, "Independence Day: What I Learned about Retirement from Some Who've Done It and Some Who Never Will," was published this month.

Next Avenue spoke to Lopez via phone about planning ahead, questions of identity, financial limitations, and what to do with your precious life when the obituary pages are no longer filled with strangers.

What Would Mel Brooks Do?

Lopez took a year to consider retiring and wrote about the process. He interviewed Mel Brooks because he is in his 90s and still working. "Maybe there's something there about the creative force that in order to stay alive, if you're a writer, a storyteller, you've got to just keep doing it," Lopez explained. "He said, 'Look, you're always gonna be writing.' Here I am still writing but enjoying a little bit more off time to do these things that I wanted to do."

"If you're a writer, a storyteller, you've got to just keep doing it."

Lopez scaled back by tripling his amount of vacation time. And when he's on vacation, he's just taking it easy. When he's working, it's just a regular work week. He gets up on Monday morning and starts chasing columns, juggling different ideas and seeing what works that week.

He just got off the phone with the mayor of Los Angeles for a column about water conservation amid a drought scientists attribute to climate change. The next day, he shifts gear and accompanies a doctor who makes home visits with formerly homeless people, trying to keep them healthy and in good enough shape to maintain their housing.

To write his new book, Lopez corresponded with dozens of people at a retirement community who shared their retirement experiences — ranging from those struggling with a lack of focus and those who took to it right away to people who had to return to work.

Lopez found that people who had retired from certain occupations, such as teachers, lawyers and law enforcement, found that their identity was very much formed by the work they had done.

About 12 years ago, Lopez was in recovery from a knee replacement when he went into cardiac arrest and had to be resuscitated. He ended up with a pacemaker and is in regular contact with a cardiologist.

"My parents had heart issues," he said. "We don't know how long we're going to be around because of our health. So many people who get to this age are dealing with the limitations that declining health delivers them in such a merciless way. That was something that made me think it's really time to do something."

Who Am I If I Retire?

Lopez wanted to make his book more about identity. "If you are identified in part by what you do for a living, and if you feel some usefulness, some relevance in that work, then aren't you headed for an identity crisis (when you retire), and how do you handle that? How do you create a new profile of yourself in ways that are meaningful for you?" he asked.

"Don't wait until you retire — start to try to experience those things (you want to do) and see if the reality matches the ideal."

One person Lopez went to for advice was a rabbi who had her own career change when she found that being a full-time rabbi was very gratifying but did not leave time for her to also be a mom, wife and author. She created her own synagogue where members meet once a month, leaving her time for other things she wanted to enjoy.

"Her advice to me was don't wait until you retire — start to try to experience those things (you want to do) and see if the reality matches the ideal," said Lopez. "Do you really think you're going to play the guitar at the age of 75 and enjoy that? I've been playing the guitar for a year. If you think you're going to pursue language, you better find out if that really is going to be as rewarding and engaging as you imagine it will be."

Lopez started working on his Spanish trying to get fluent enough to conduct interviews that he feels comfortable quoting in his own column. He is playing the guitar on average an hour a day.

As Lopez contemplates retirement, the pandemic served as a learning tool because his office has been closed since it began. Lopez's wife is a freelance writer who also works out of their house.

Older adults also need to deal with empty spaces in the house. "Your daughter has gone off to college and then you've got to deal with the house shrinking again, and there you are with your wife all day instead of just several hours a day," he said.

"And so, you've got to rebuild relationships," he continued. "The pandemic has helped as sort of a preview of what retirement would be like, at least in terms of where I spend most of my hours."

Lopez said he and his wife have both agreed that they need to work harder building a different kind of life.

"I'm nurturing friendships that went by the wayside because I was too busy with work," he said. "The pandemic has helped me understand that I've got to get out of the house. I've got to find activities that involve my wife, but also don't involve her, but involve a network of friends. I think that's healthy for retirement and healthy for a relationship." 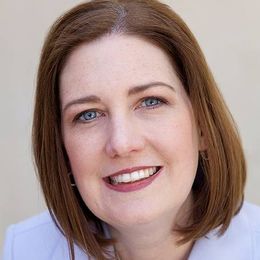